Ted Cruz won big last night, dramatically increasing chances of a brokered convention. This is about to get ugly 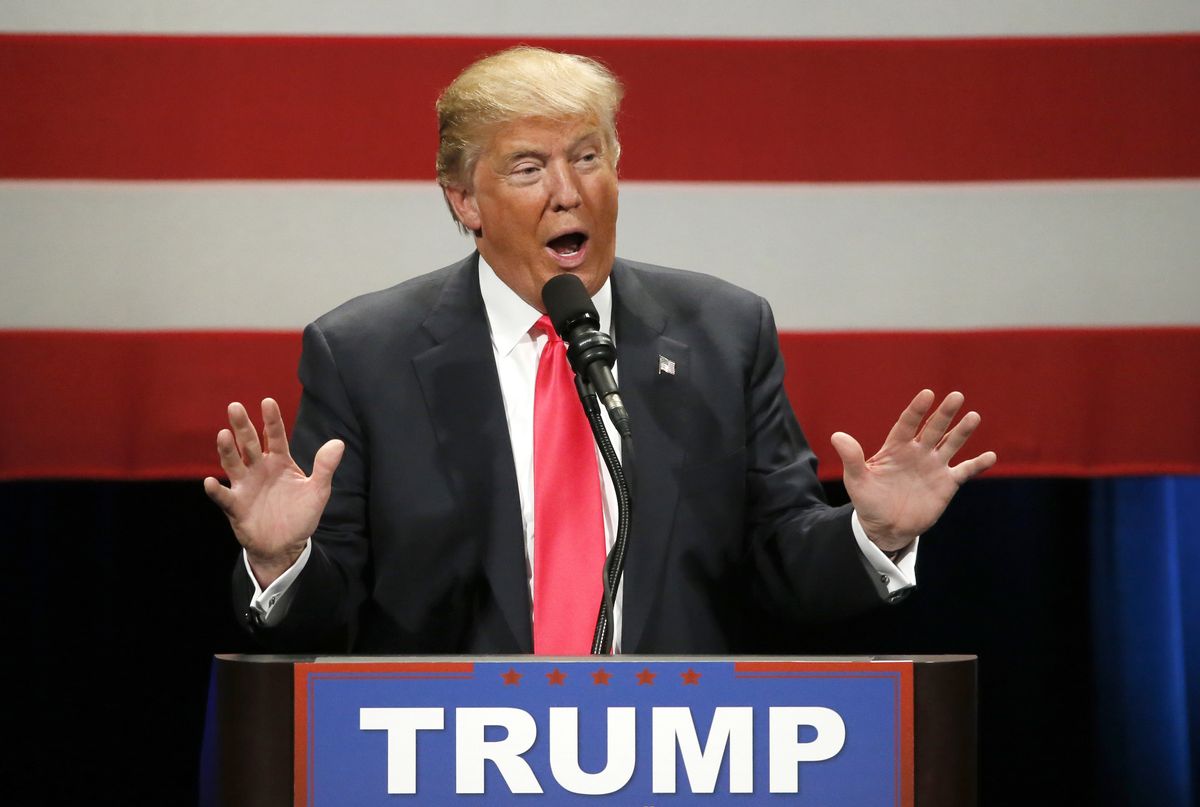 Donald Trump, the man who is going to deliver so much "winning" that we'll be begging for him to stop because we just can't take it anymore, lost last night and he lost big. Not that this was a surprise. Ted Cruz was ahead in the polls and it was always a contest that favored a more ideologically consistent movement conservative than Donald Trump.

And the results, as everyone who's been paying even minimal attention to the Republican primary campaign so far knows by this time, means the media's proverbial "brokered convention" may just be coming true this time. We call it the more politically correct "contested convention" because nobody likes the idea that men in the smoke-filled room will maneuver to choose a candidate behind the scenes and put him on the ticket regardless of the will of the voters. But that is exactly what is being discussed if Trump doesn't go into the convention with enough delegates to win on the first ballot.

It's possible that Ted Cruz will be able to wrangle enough votes to take the lead on the second ballot but since it's unlikely to be very close, that scenario doesn't look good either. And that's despite the fact that he has the support of much of the hardcore conservative movement which today that would consider Ronald Reagan a liberal squish if they hadn't been indoctrinated for 30 years into believing that he fulfilled every GOP fever dream of his time without ever having to compromise in any way. The establishment wants a "fresh face."

If last night's reaction by Trump to this possibility is any indication, he's hunkering down for an epic battle. He gave no speech or "press conference" as he has done in the past. Instead his campaign issued a statement:

Donald J. Trump withstood the onslaught of the establishment yet again, Lyin' Ted Cruz had the Governor of Wisconsin, many conservative talk radio hosts, and the entire party apparatus behind him. Not only was he propelled by the anti-Trump Super PAC's spending countless millions of dollars on false advertising against Mr. Trump, but he was coordinating with his own Super PAC's (which is illegal) who totally control him. Ted Cruz is worse than a puppet -- he is a Trojan horse, being used by the party bosses attempting to steal the nomination from Mr. Trump. We have total confidence that Mr. Trump will go on to win in New York, where he holds a substantial lead in all the polls, and beyond. Mr. Trump is the only candidate who can secure the delegates needed to win the Republican nomination and ultimately defeat Hillary Clinton, or whomever is the Democratic nominee, in order to Make American Great Again.

Basically, Trump accused Cruz of stealing the Wisconsin primary with the illegal help of his Super PAC and the GOP establishment. It is tantamount to a declaration of war.

The Trojan Horse metaphor isn't really on point, but the idea that certain rich donors and elected officials in the GOP are supporting Cruz for their own purposes is correct. They simply want him to block Trump so they can install a candidate more to their liking. Mitt Romney has been very upfront about that. It's just that until recently Trump didn't understand how the convention worked or that part of the game is working the delegates at state conventions. (He was reportedly fit to be tied when he found out and blamed his staff for failing him.)

But now that he's up on the rules, he's hired some experienced hands to handle these tactical details. including one of the most talented "delegate hunters" in the business, Paul Manafort. According to RealClear Politics:

Manafort is a “master” of delegate counting and convention strategy, according to those who have worked with and against him, and one of only a few operatives with practical experience in this niche area. For a campaign whose survival might well hinge on a few dozen delegates, Manafort’s hire is a monumental, if surprising, coup.

You don't have to read between the lines to see that Trump is angry. And as he is the first to tell you, he believes that when you get hit, you hit back --- hard. So it was unsurprising to find out that his close friend and former campaign adviser Roger Stone, the notorious dirty trickster, has a project to benefit Trump called "StoptheSteal.org." All the way back in February, he predicted the establishment was going to try to "steal" the election from Trump and announced that he was planning to "reach out to some of my old associates" in order to "pull together some of the best convention operatives in America today." He said, "We have set up a fund to pay for their travel, to pay for their hotel rooms, to bring them to Cleveland to avoid the steal."

Last week he put out a call:

So, as they used to say, don’t wait for orders from headquarters. Ride to the sound of the guns.

I don’t mean to imply violence on that. I mean: Ride to where the action will be.

We have to let the Republican bosses and the kingmakers and the insiders and the lobbyists know that we’re not going to stand for the big steal. So if you are a Trump supporter, make plans now.

Take a bus! Hitchhike! Carpool! Take a train! Fly, if you can afford it.

We need you in Cleveland!

On Monday, harking back to the 1968 Democratic convention violence,  he described his plan for the RNC as "days of rage" which "could entail protests at certain targeted hotels where delegations who are involved in the 'big steal' are staying." He claims that he's getting an excellent response. One can certainly imagine how "enraged" Trump voters will be if it looks as though they are being denied the nomination due to machinations from the political elite. As Politico reported yesterday:

96 percent of [Trump's] supporters said the U.S. needs a powerful leader to solve its problems, 91 percent said their beliefs and values are being threatened, and 90 percent said public officials don’t care much about what everyday people think.

“Trump supporters are true stand-outs,” Quinnipiac poll director Douglas Schwartz said. “They want a leader who is very different from the leader sought by other voters, explaining the mystery many see behind Trump’s support.”

The Republican front-runner’s supporters even value his bombastic rhetoric. Eighty-four percent said the U.S. needs a leader who will do or say anything to fix the country’s issues, a statement just 68 percent of GOP voters overall agreed with (60 percent of Democrats disagree).

The heightened concentration of Trump backers with strong feelings about being marginalized and having a bleak view of government is a consistent theme throughout the survey, as illustrated by the nine-in-10 supporters who view his campaign as a movement.

One might assume Stone's project is just another wingnut scam designed to liberate some hard-earned money from the true believers. But Stone is no joke when it comes to this sort of operation. He was an integral part of one of the most consequential "protests" in recent history: the so-called Brooks-Brothers "riot" that shut down the counting of votes in Miami, one of the important steps that led to the installation of George W. Bush as president.

Last night after Cruz was declared the winner, this was announced:

Sweeney was once named one of the 20 Most Corrupt Members of Congress. But he's most famous for something else:

During the 2000 election, Sweeney allegedly helped earn his nickname from President Bush, "Congressman Kickass," by organizing the so-called Brooks Brothers riot that disrupted the Florida elections commissioners. He was said to have led the charge on the third recount in Miami, flying in astroturfing GOP operatives and instructing them to "shut it down!" by raising a clamor and pounding on the election commission's doors. Sweeney used the words "thugs" to describe the Florida officials involved in the recount.

They're getting the band back together.

A majority of Wisconsin Republicans told the exit pollsters they thought whoever comes in with the most delegates should win, so Trump has some popular backing for that notion. But that's a very unlikely outcome. Trump is signaling that he's not going to go down without a full-fledged bloody battle on the floor of he convention if he comes up short. And in case anyone thinks that Stone isn't conferring with Trump on his plans for these "days of rage," listen to the interview Stone gave to John Heileman and Mark Halperin on the subject. You'll notice that he uses the "Trojan Horse" metaphor too. It could be coincidence --- but I doubt it.