"He's raised a lot of important issues that the Democratic Party agrees with," but essentially, he's not one of us 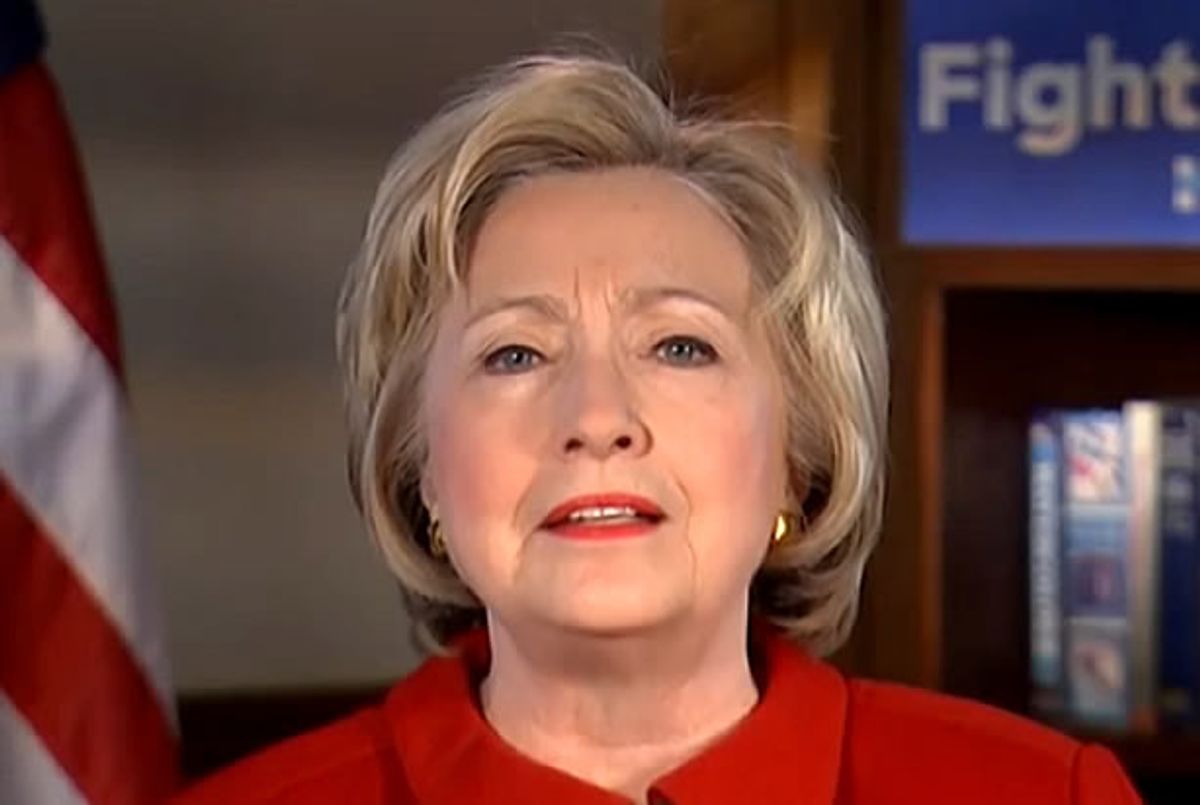 On Morning Joe Wednesday, Democratic presidential hopeful Hillary Clinton wobbled on whether her primary opponent, Vermont Senator Bernie Sanders, should even be opposing her in the primary since he's barely even a Democrat.

"I think he himself doesn't consider himself to be a Democrat," she said, but "he's raised a lot of important issues that the Democratic Party agrees with, income inequality first and foremost." However, "it's up to the Democratic primary voters to make that assessment."

She later contrasted her party credentials to Sanders', saying that "I've been in the trenches for a long time and I believe in electing Democrats up and down the ticket -- I want to see the United States Senate move back into Democratic hands with my friend Chuck Schumer as the majority leader."

Clinton also questioned whether Sanders had "done his homework" on issues essential for whomever occupies the White House, saying "I think he hasn't done his homework, and he's been talking for more than a year about doing things that he, obviously, hadn't really studied or understood, and that does raise a lot of questions."

"I think that what he has been saying about the core issue in his whole campaign doesn't seem to be rooted in an understanding of either the law or the practical ways you get something done," she said. "And I will leave it to voters to decide who of us can do the job that the country needs, who can do all aspects of the job -- both on the economic domestic issues and on national security and foreign policy."