"Ted Cruz has no business being in the Bronx": Latino protesters interrupt Cruz to call him "an insult to the whole community” 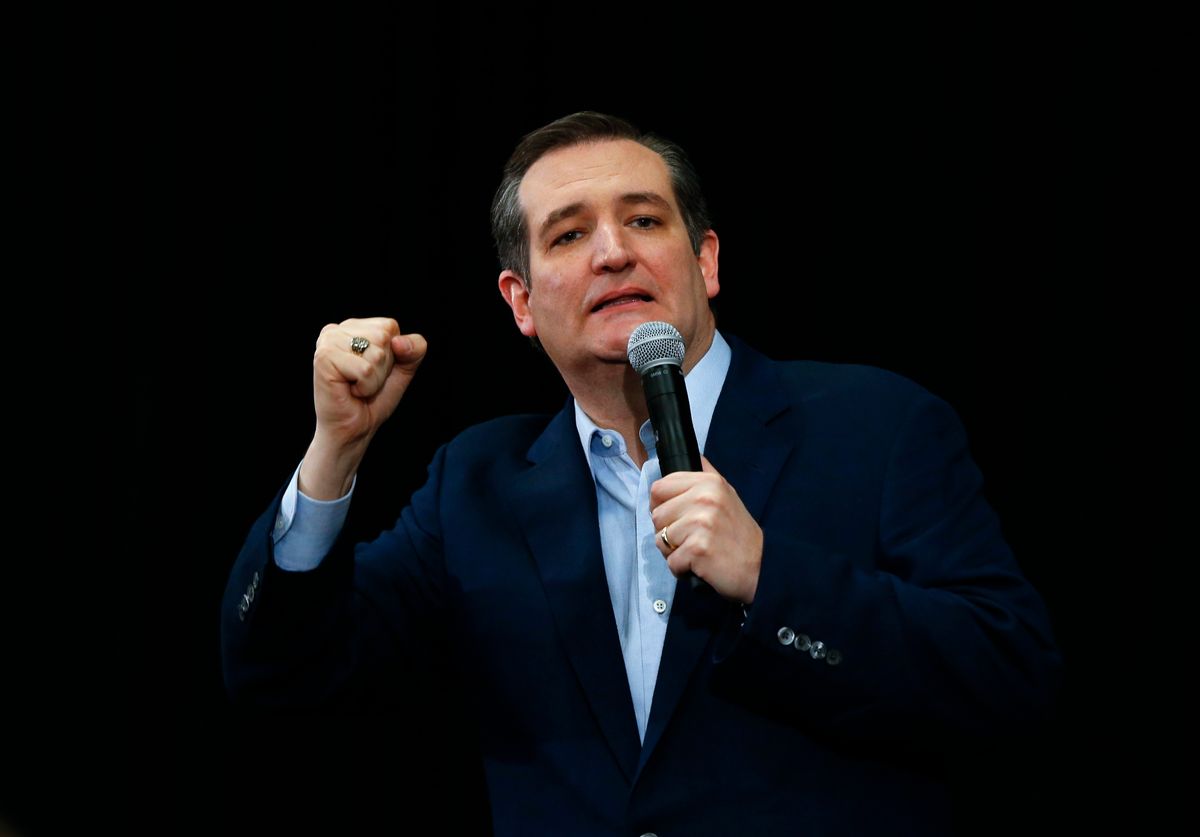 As if the Republican race is not already wacky enough, somehow, after beating Donald Trump by double digits in Wisconsin on Tuesday, Texas Tea Party Senator Ted Cruz found himself campaigning in the blustery billionaire's backyard, the Bronx, New York, on Wednesday, and face-to-face with some of his most ardent detractors outside of the U.S. Senate.

Two protesters with the Latin hip-hop group Rebel Diaz greeted Cruz at his surprising, if not earnest effort to cultivate a bit of support in the heavily Hispanic communities in New York City, before moving on to campaign in perhaps more comfortable terrain upstate later in the week. At the Sabrosura 2 restaurant in the Soundview neighborhood on Wednesday afternoon, Cruz was confronted by the two vocal protesters who reminded Cruz that he was no longer in Wisconsin from the moment he stepped out of his black car, shouting, "this is an immigrant community," repeatedly.

Cruz did his best to ignore the protest chants, choosing instead to return a blessing to a supporter. Eventually, however, the Spanish-speaking duo made their way into Cruz's event at the back of the restaurant, loudly decrying Cruz's anti-immigrant policies along the way:

The two heckled and interrupted Cruz while he addressed a crowd of supporters privately behind a curtain at the restaraunt, WCBS 880 reported.

"This is an immigrant community, Ted Cruz," the two men reminded the Texas Senator as they were escorted out by police to cries of "bye" from the crowd:

Before leaving the Bronx restaurant, one of the men further explained his protest of the conservative presidential candidate. “Ted Cruz has no business being in the Bronx!” the man exclaimed. “This is an immigrant community. We deal with climate change every single day, and he wants to say that it doesn’t exist.”

“We live in one of the poorest congressional districts in the country,” he explained. “And to receive this right-wing bigot is an insult to the whole community.”

"Ted Cruz has no business being in the Bronx," protester says pic.twitter.com/j5TpnJfK7T