"You can’t be racist and be a Christian! You all have gotta choose": Ben Harper opens up about activism, racism and how police brutality "threatens democracy in a very specific way"

The blues and folk singer talks to Salon about his roots, protest music and his new album "Call It What It Is" 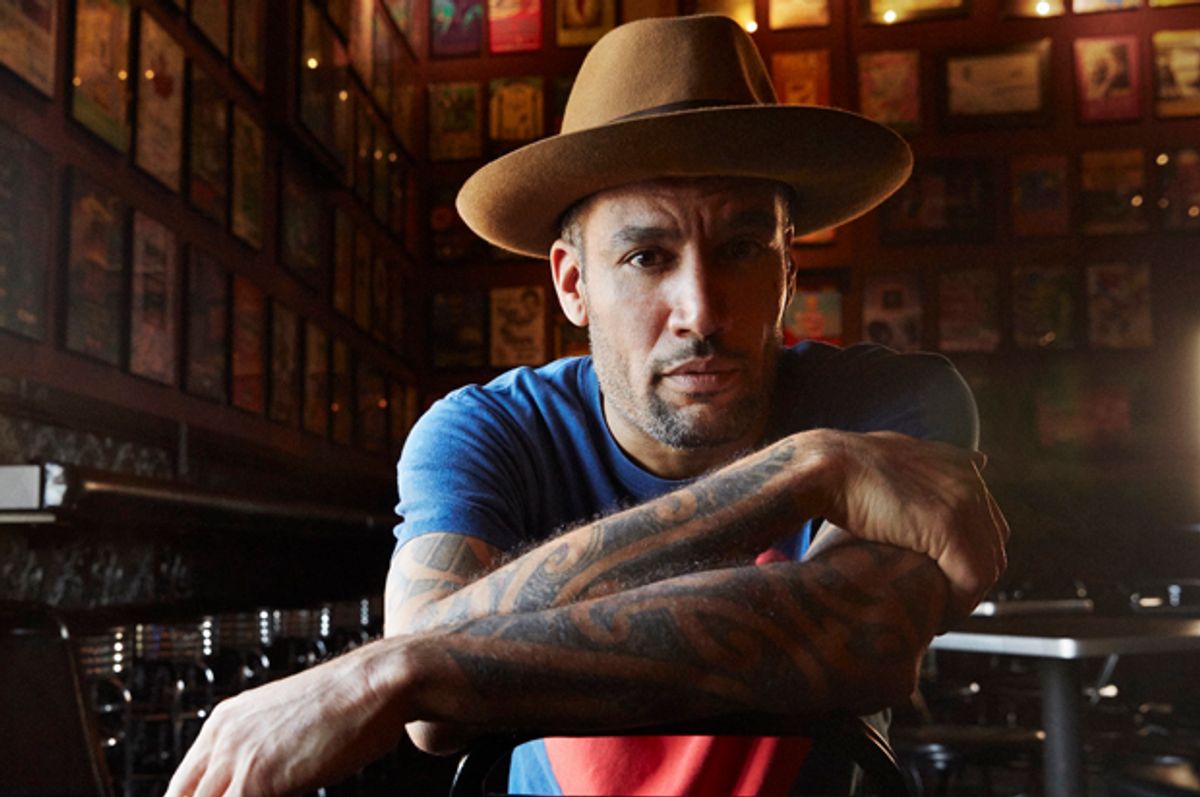 Ben Harper was at a park in West Los Angeles talking to some young skaters there when it finally hit him: For all the talk about the shooting of young black men, going back to Trayvon Martin, most people were still walking around the issue. To him, these killings were murder, and he wanted the language to be as blunt as possible. When Harper went home, he wrote the song “Call It What It Is,” which became the title track to an album that comes out on April 8, a few days after he begins a tour with the Innocent Criminals.

Harper, who grew up in Claremont, a college town east of Los Angeles, has combined folk, blues, reggae and social protest since the early ‘90s; he’s also a first-rate slide guitarist. In 2014 he won a Grammy for his album with Charlie Musselwhite, the blues guitarist, singer, and harmonica player. His last album, “Childhood Home,” was collaboration with his mother, Ellen.

Salon spoke to Harper from New York. The interview has been lightly edited for clarity.

Your title track is about a very serious subject. How long have you been aware of the problem of police harassment? Was this was something you experienced in your own childhood? How long does it go back for you?

All my life. And I think that’s why the situation bubbles over. The solution doesn’t match the problem.

You’d be hard-pressed to interview any black male who has not dealt with it in some form. It’s a problem that’s been suffocated and compressed, and then it’s released. Not to mention the deaths/murders themselves.

You grew up in Claremont, right?

And you dealt with this problem there.

The only way to change things is to be open to being changed.

It’s a tough gig; there are incredible individuals in law enforcement who I respect and admire. Without them, it would be freakin’ anarchy in the streets. But that’s not going to pull me away from my resolve that we have a problem. I can definitely see the two things simultaneously.

Let’s talk about the title track a little bit. Where did the idea come from – what pushed you over into writing the song?

It just came out of conversation and dialogue. There was a time when it seemed to be getting worse, not better. You can’t let situations like that stand.

Part of your frustration in the song is that people were saying something bad was happening, but weren’t calling it murder. They were stepping around the problem.

Good point. Some tip-toeing was going on.

So it was the denial that drove you crazy?

There was a consistent collective dialogue – to the point where I just blurted it out. “Why don’t they stop pretending it’s not murder?” I wish we’d just call it what it is. So I just went home and wrote the song.

Tell us a little about the video, where you spray paint the lyrics on a wall.

That’s my dear friend Andy Dolan. He’s a renowned graffiti artist. Oh man, I could never write that good. I just couldn’t…. It was so different seeing the words on the wall.

Your music has been about politics and social issues from the beginning. How did you get interested in extending that tradition?

It’s been a part of my family upbringing. I do come by that honestly. My family was always politically active, socially active. It was part of my everyday conversation, what went on at my house every day. Not necessarily with friends: We were allowed to be kids. But dinner-table conversation, in the home, with my parents’ friends, and my grandparents…

My family has a music store in Claremont called the Claremont Folk Music Center, and it’s not only for folk music; it’s the center for a good deal of activism and social awareness and dialogue and conversation. It’s amazing how much progressive activity starts out of that kind of dialogue.

Sounds like you were aware, growing up, of the roots of politics and folk music.

Yeah – very much aware of that. Pete Seeger, Woody Guthrie, Phil Ochs – all the way up to Bob Marley and Rage Against the Machine. Those are the names you want to summon.

Your album with Charlie Musselwhite was pretty great. Did that change you musically, deepen your connection to the blues at all?

Yeah – for sure. The blues was always my first instincts – the first music I pursued. I just hounded it. In my late teens and early ’20s, it was my life’s mission to sit at the hem of the garment of as many of the remaining true blues men. I spent a winter with Dave Myers of The Aces, in Chicago; I went and sat at the feet of Brownie McGhee up in Oakland… John Lee Hooker, Taj Mahal. Taj Mahal was my first professional paying gig: I was 20-years-old and he invited me to join his band…. In many ways that’s still the top of the mountain for me. Blind Joe Hill, an L.A. blues musician. I just went to it.

Now, when you get a chance to collaborate with the guys who lived and breathed it… Yes, it definitely deepened my connection. You can’t collaborate with Charlie Musselwhite and not have your roots with the blues deepened.

Let’s go back to politics. You’ve sung a lot of songs about political and social issues over the years. Is there one you’re especially proud of, that had a real impact?

I’m really proud of “Better Way.” I think that’s the optimistic side of all of it. The Dixie Chicks are closing their shows with it right now, which I was incredibly honored to hear. Now I’m just bragging, so pardon that. But it’s a point of excitement – my songs don’t get covered all that often.

Also “With My Own Two Hands” is another kind of optimistic song…. But at the same time, “Call It What it Is,” “Black Rain,” “Like a King,” “How Many Miles Must We March”… It’s hard or me to pick on, you know?

“Call It Like It Is” is not optimistic, but it’s powerful. How do you hope people will cone out of hearing that song? Do you want to enrage people?

You can’t let what’s going on – whether it’s Michael Brown or Walter Scott, where the guy just casually drops a taser near a dead body… It can’t stand! It can’t go unchecked. We can’t – it’s just too dangerous. Race relations is just too integral a part of modern democracy. And this threatens democracy in a very specific way. And it’s just a matter of music being the people’s justice, in a way.

And it can also be nothing but background noise – and I understand all of that.

You’re hoping for change at every level.

Let’s not be foolish enough to think a song is gonna do that! This is just what I want for our country. But it all starts with us calling it what it is.

Well I hope the song stirs people up.

And also: You can’t be racist and be a Christian! You all have gotta choose! ... You have to choose what you’re gonna be. You can’t be both.