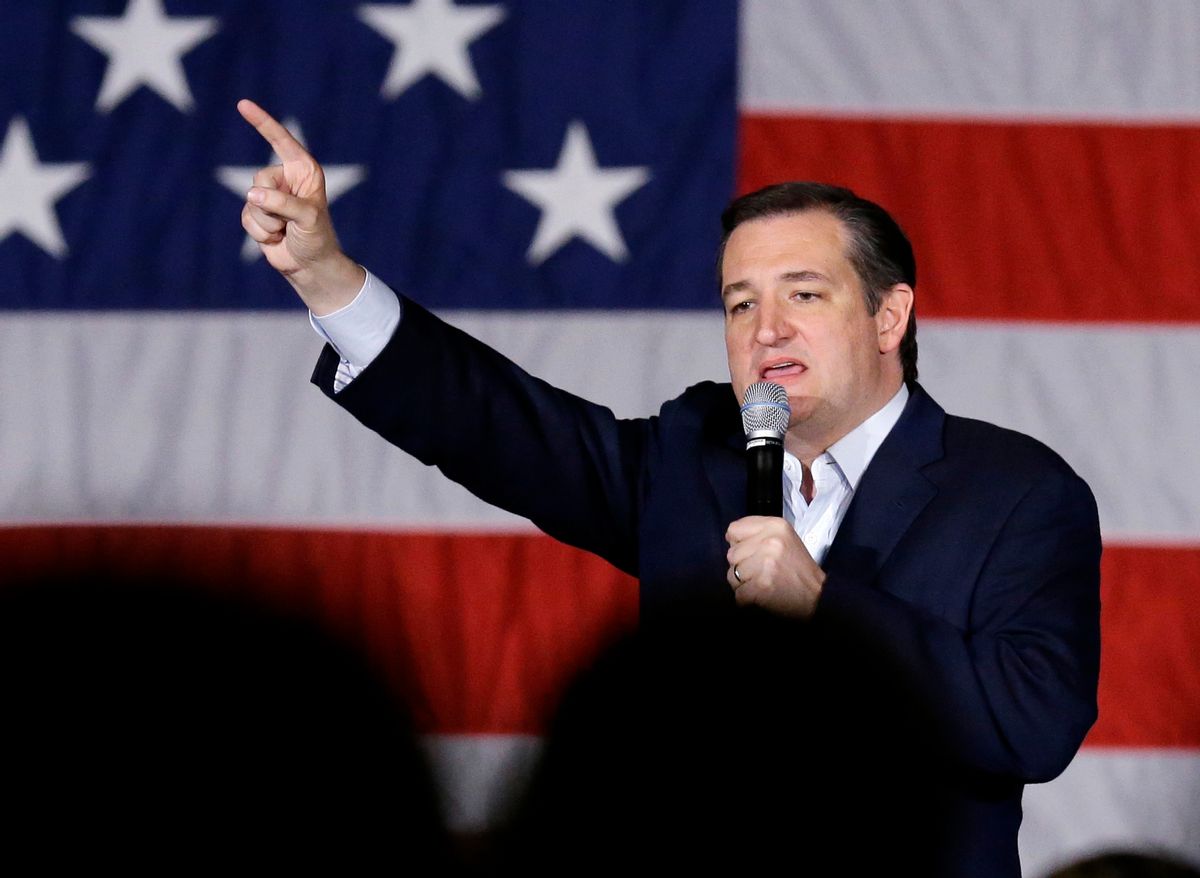 Back at the beginning of the year, before any of the primaries, I wrote here on Salon that the Republican race would end up being between Donald Trump and Ted Cruz. Despite the GOP establishment's blithe assurance that one of the golden boys of the "deep bench" would inevitably prevail, it always seemed unlikely to me. A majority of Republican voters are now extremists of one kind or another and Trump and Cruz are their logical representatives. It's democracy in action.

Well, here we are in April and we're looking at the potential of a contested convention and possible riots in the streets. Nobody knows if Trump can eke out enough delegates to get a majority before the convention and he's made so many enemies along the way that it's impossible to believe that that any of his former rivals like Rubio or Kasich would endorse him and voluntarily turn their delegates into his. Cruz has no chance to win enough delegates to win on the first ballot and he's not any more popular with the establishment players. So it's very likely we are talking about a whole lot of cajoling, seducing, bribing, arm-twisting and deal making to decide the nominee. We might even be talking about threats, blackmail and physical intimidation.

There's a lot of talk about how the Republicans will be unable to wrest the nomination away from Trump if he just comes close, but it important to remember that this is the GOP, the same party that seized the presidency for George W. Bush with a dubious lead of 535 votes in his brother's state and a 5-4 majority on the Supreme Court after losing the national popular vote by half a million voters. Don't tell me they can't do it because they are committed to democratic principles. Please. No, the only reason they won't do it is if they unable to orchestrate a successful coup and install a "fresh face." If they can't get that done, the the only question remaining for the Republican elites is whether it will be better for the party to get thumped with Trump or lose with Cruz.

It's hard to imagine how galling it must be for the GOP officials and big money donors to be in this position. A year ago they had Walker, Rubio, Bush, Christie, Perry, Jindal, Huckabee, all Governors and Senators with high national profiles and impeccable conservative credentials. Any one of them could have easily unified the party after a hard fought primary campaign. And it's come down to a street fight at the convention between a crude Bond villain and a man who would be the most extreme nominee since ... well, ever. It couldn't be a worse outcome.

Say what you will about Ted Cruz -- that he has a uniquely unctuous personality that's so unlikable he literally seems to have no friends -- but there is no denying that he's very smart, hard working and strategic. And while his original plan to take the lead with a strong showing in the southern states didn't pan out he didn't give up and now finds himself in the position of possibly becoming the establishment choice by default and in the weird position of having to appeal to the people he's been calling corrupt liars and hacks for years to try to line up support for his cause.

Katie Glueck and Burgess Everett at Politico reported yesterday that Cruz has launched a Washington offensive using surrogates like former Texas Senator Phil Gramm and the two current senators he has already secured, Mike Lee of Utah and Lindsey Graham of South Carolina. Apparently nobody is trying to make the case that Cruz is warm and fuzzy, but rather that he's the best bet to beat Trump at the convention. And they all seem to agree that Cruz's extremist far right agenda is not an impediment:

“When this is over, we need to be together on a set of issues we agree on,” Gramm said, characterizing the message he relayed to McConnell and others in Senate leadership. “The good news is, while people may have had conflicts with Ted, our basic leadership totally agrees with him on the issues. It’s a huge difference with Trump, but basically we’re all together.”

That's chilling. Political scientists Keith Poole, Howard Rosenthal and Christopher Hare rank Cruz as the most conservative senators based on their analysis of every roll call vote taken. The American Conservative Union gives Cruz the only perfect score of 100 while the average GOP Senator gets a 79. The Club for Growth worships him. He wants to return to the gold standard. On foreign policy he's been calling for the U.S. to carpet bomb the Middle East and see if "sand glows in the dark." He's a genuine dominionist theocrat, (just listen to his victory speeches if you doubt it.) And yet the major objection to him isn't any of that; it's that he doesn't play well with others.

Cruz probably will get some support from the DC elites to pull off this miracle, but it's hard to know how much he really needs it. His rude and nasty behavior toward them may actually be the key to his success. As Nate Silver pointed out yesterday, the actual delegate selection process is geared toward the kind of Republicans who like Ted Cruz just fine: hardcore conservatives. Treating the "Washington Cartel" like dirt is what they love about him. All along he's been working the delegate system, assiduously courting them in the committees and state conventions to see him as their second choice should there be more than one ballot. And according to Silver's numbers, he's been working that angle much more successfully than Trump.

As Newt Gingrich told Politico, Trump has done the impossible -- he's made "Cruz appear normal." Gingrich laid it out this way:

“What Cruz of course has done, very intelligently, is he has gone out and he has poached on the delegates that are going to be bound to Trump legally on the first vote, but they’re not bound after the first vote,” he said. “So what he’s trying to do is win elections in Louisiana, in Georgia, etc., where he picks up people that are pledged to help him once they meet their legal obligations. So Cruz, I think, will tell you he will actually get stronger on the second and third ballots. Trump probably won’t. Trump really has to rush to victory on the first ballot, I think.”

So this may all come down to a bunch of very right wing conservative delegates picking an ultra-conservative nominee for what has become a far right minority party in defiance of what their establishment elites want. Unfortunately, that scenario is what Donald Trump defines as "stealing the election" and he threatening all kinds of repercussions. Nothing about this is going to be easy.