Lisa Simpson, a vegan? 20,000 fans petition "Simpsons" writers to take "Lisa the vegetarian" to the next level 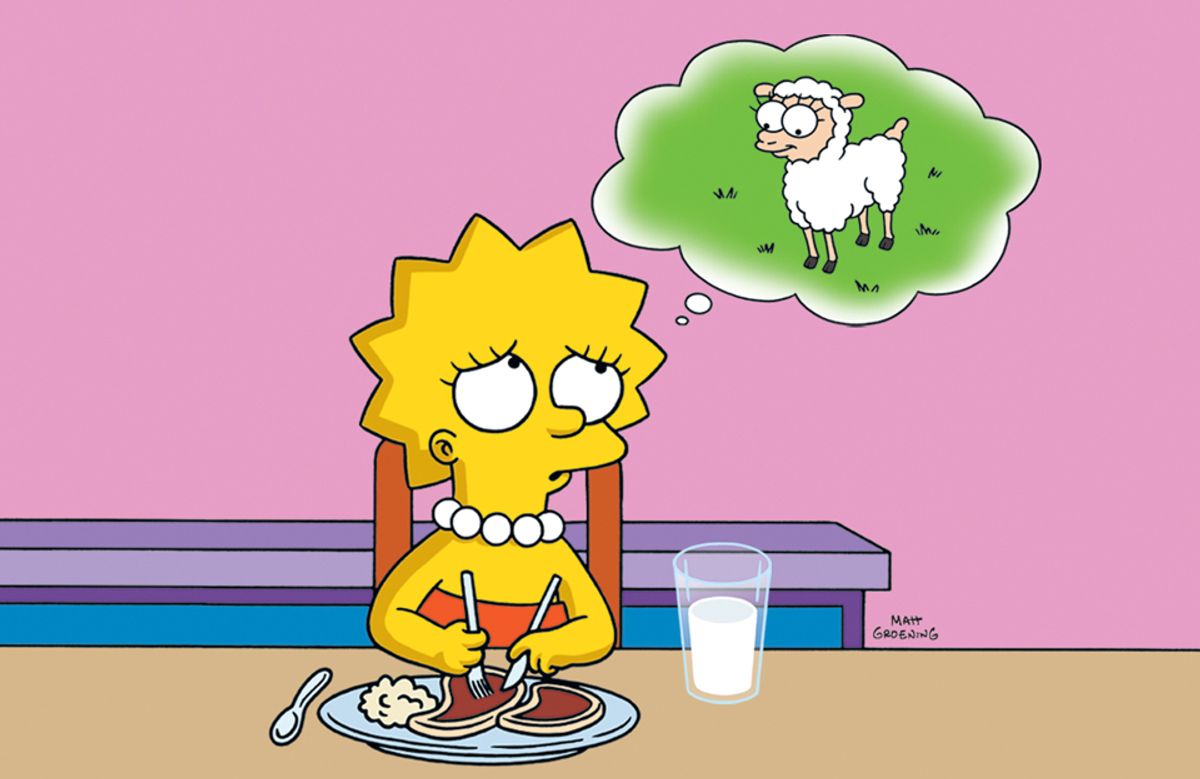 Fans of the "The Simpsons" are calling on the history-making animated series to do it once again -- petitioning writers to turn Lisa the vegetarian into Lisa the vegan.

In 1995, when the groundbreaking animated sitcom aired the episode "Lisa the Vegetarian," featuring Paul and Linda McCarthy, following the second graders' conversion to vegetarianism, it humorously highlighted animal rights and environmental issues in way that helped fuel wider acceptance of the lifestyle. Now, thousands of fans are hoping "Simpsons" writers can recreate the magic for veganism.

“The Simpsons gets millions of viewers every episode, so it single handedly influences the cultural awareness of it’s day," Matt Hanson, "Simpsons" fan and Care2 petition creator, said, explaining his petition calling on the cartoon writers to make Lisa Simpson a vegan.

"The Simpsons is the world's most popular animated sitcom. To have Lisa go vegan would be a very influential character arc that would spread awareness of veganism - a philosophy that at it's core attempts to make the world a better place," the petition, signed by more than 20,700 fans, reads.

Hanson, a 28-year-old longtime "Simpsons" fan and recent vegan convert, cited Lisa's journey to vegetarianism to argue that she is the best television ambassador for veganism. “I've read people testifying to the fact that Lisa was a major influence on them, or that she was a role model who helped them be the best person they could be when others around them were less supportive.

Read Hanson's full petition here. And watch a bit of the award-winning "Lisa the Vegetarian" episode below: