The Ted Cruz purity test: A Cruz nomination could be apocalyptic for the right

Conservatives always insist that a "true conservative" candidate will win, but what happens if Ted Cruz loses? 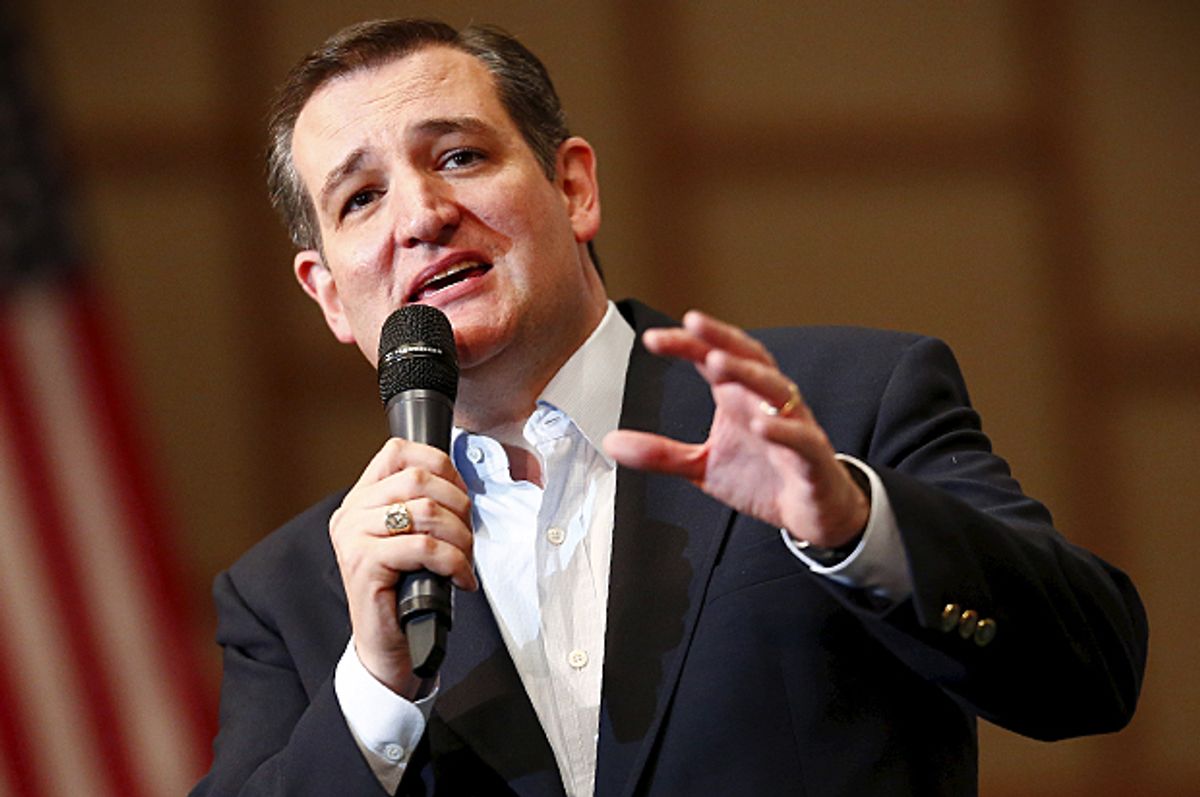 There’s a popular strain of thought weaving through the American right that treats conservatism as an infallible good, a sort of deity to be faithfully served. If, as a politician, you are true to conservatism in the purest way possible, then you will know nothing but policy success and electoral triumph. But if your policy goes sour or you lose an election, it’s not because conservatism was rejected – it was because you failed conservatism. In situations like these, the thinking goes, victory would have been attainable if only a true spokesperson for the conservative cause had been put before the people.

It’s a comforting rationalization that conservatives deploy whenever they’re confronted with electoral setbacks. After the Democrats took control of Congress in the 2006 elections, Rush Limbaugh went on the radio and declared: “Conservatism did not lose; Republicans lost.” After John McCain went down in the 2008 presidential election, Ann Coulter wrote: “How many times do we have to run this experiment before Republican primary voters learn that ‘moderate,’ ‘independent,’ ‘maverick’ Republicans never win, and right-wing Republicans never lose?” And the day after Mitt Romney got thumped by Barack Obama in 2012, Limbaugh once again took to the airwaves to announce: “Conservatism, in my humble opinion, did not lose last night.”

This line of thinking has taken root as the Republican Party has lurched further and further rightward and convinced itself that the only way to win is to distill one’s conservatism down to the purest essence. Arguably there’s no stronger believer in this theory than Ted Cruz, whose political identity and presidential campaign are shaped by the quest for conservative purity. “If you look at the last 40 years, a constant pattern emerges,” Cruz told ABC News in 2013. “Any time Republicans nominate a candidate for president who runs as a strong conservative, we win. And when we nominate a moderate who doesn’t run as a conservative, we lose.”

There are problems with this theory – specifically, it isn’t true. It’s a shaky premise to begin with, given that terms like “moderate” and “strong conservative” are variable and change with time. George W. Bush was very conservative, but he also had moderate tendencies that found expression in his domestic agenda. George H.W. Bush was nobody’s idea of a conservative ideologue and considerably more moderate than Ronald Reagan, and he won a crushing victory over Michael Dukakis. If you expand Cruz’s timeline slightly beyond the 40-year window, you can even rope Richard Nixon into the mix. But the operating theory is that only true conservatives stand a chance at victory, and Cruz would represent the ultimate test of this deeply flawed theory.

Talk of Cruz capturing the nomination has spiked with the Texas senator’s big win in Wisconsin this week and frontrunner Donald Trump’s increasingly erratic and self-destructive behavior. If Cruz can prevent Trump from securing a majority of delegates prior to the convention, the thinking is that delegates who are unbound from Trump after the first (unsuccessful) vote would flock to Cruz and put him over the top on subsequent votes. Should that happen, Republicans will have nominated perhaps the most conservative presidential candidate ever  – a candidate who is hostile to the notions of compromise and moderation and who has spent his short tenure as a U.S. senator disparaging his own colleagues as traitors to the conservative movement.

As you would expect, Cruz is running on an extremely conservative platform: he’s proposing big tax cuts that would redistribute wealth to the nation’s top earners; he promises to roll back the “fundamentally illegitimate, lawless, and unconstitutional” protections for gay marriage; he’s going to “carpet bomb” the Islamic State until the sand glows in the dark; he’s going to build a border wall and deport as many undocumented immigrants as possible; he wants to privatize Social Security and he wants to replace the Affordable Care Act with free-market fairy dust. There’s not a lot of crossover appeal here.

But, Cruz’s people insist, they don’t necessarily need to draw in moderates and independents because, in their view, there’s a huge pool of disaffected conservative voters who have “stayed home” these past few elections because they didn’t have a candidate who stood for them. That assumption isn’t backed up by data, but it fits nicely into the framework of the “only a true conservative” vision of electoral dominance. And there are a ton of other weaknesses Cruz has to contend with: he’s deeply unpopular, he’s lacking in basic charm, and he keeps trying to shut the damn government down.

So what happens if Cruz wins the nomination, runs hard on an extremely conservative platform, and then loses? Slate’s Jamelle Bouie argues that a Cruz loss would be the best thing to happen to the Republican Party, in that it would marginalize Cruz himself and finally break the faction of the party that believes in nothing but strict adherence to conservative orthodoxy. That very well may happen, and it certainly seems like it would be difficult, even for Rush Limbaugh, to argue that a rejection of Ted Cruz did not represent a rejection of conservatism.