Hillary mocks Bernie for thinking NYC subways use tokens, but then struggles to get through turnstile herself 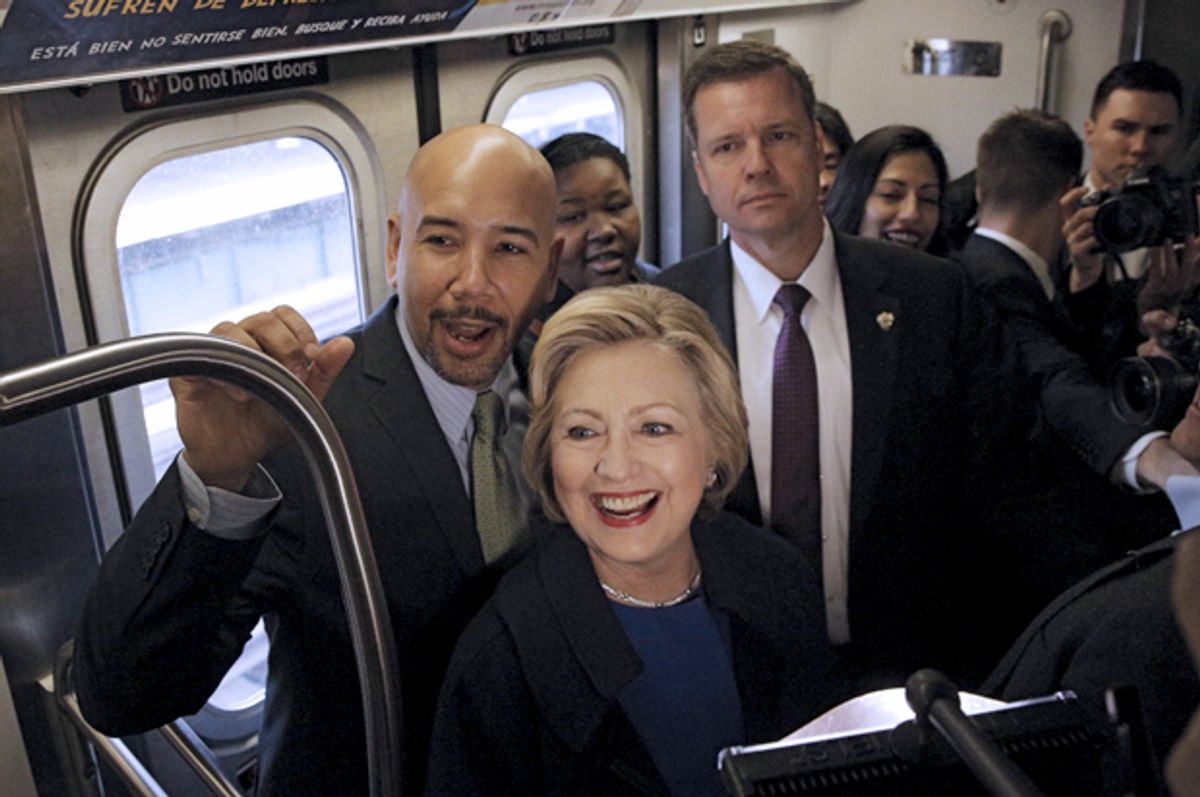 Presumptive Democratic presidential nominee Hillary Clinton, during a two-stop photo-op ride on a Bronx No. 4 train Thursday, made a weaselly jab at Bernie Sanders, who in an interview with the NY Daily News mistakenly revealed that he thinks subway tokens still exist.

"I think it was my first term when we changed from tokens to MetroCards," Clinton said while swiping her MetroCard at the 161st St.-Yankee Stadium stop, according to the Daily News. It is unclear whether she bought her card at the station or had a pre-purchased Unlimited Ride MetroCard.

At any rate, "It took her a solid five swipes of her MetroCard to make it through" the turnstile before boarding the uptown train and "turning the car into a complete madhouse."

Not everyone was stirred up by Clinton's visit, though. One woman, Denise Castillo, a 19-year-old "who sported blue hair and blue fingernails" told the Daily News, "It’s just a normal day."

Clinton rode two stops before she and her trailing media circus got off at 170th street.