"What you're saying is a bunch of crap": Things get ugly between Bill O'Reilly and Greg Gutfeld in squabble over Trump bias 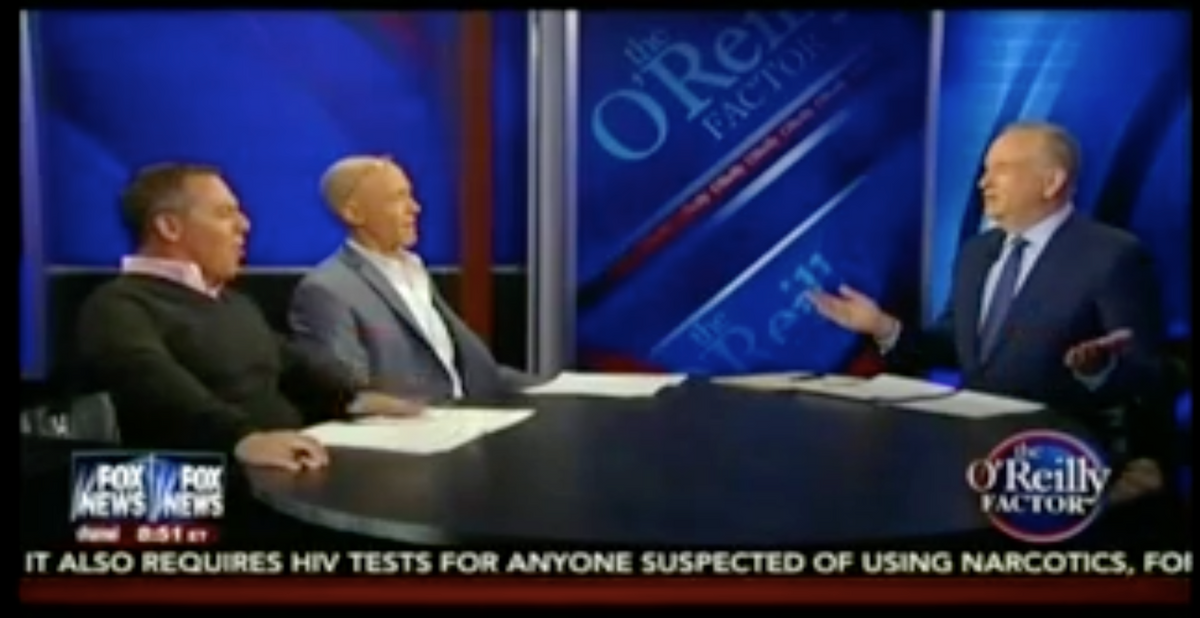 O'Reilly and Gutfeld were joined by guest Bernard McGuirk for a roundtable discussion of Trump on "The O'Reilly Factor." Gutfeld played the part of the Trump skeptic: "Trump is like a rope bridge in a hurricane: people are scared to cross him."

McGuirk then weighed in on Trump's plan to look into covering the legal fees of a supporter being charged with the assault of a protester at a March rally. "The fact that Trump is paying that old man's legal bills, I love that." said McGuirk. "I think that that's fantastic."

Gutfeld's tiff with O'Reilly began when Gutfeld suggested that Donald Trump initially didn't believe in the viability of his own campaign. "He's like a guy that in high school that decides to go out for a play just to impress a girl and he gets the lead," said Gutfeld. "And he's like, I don't know what I'm doing."

"I will tell you, that is so wrong," O'Reilly shot back.

Pressed by Gutfeld to back up his statement, O'Reilly explained, "I mean I've known this guy for 30 years, okay? I've been to ball games with him."

"There you go, a little personal friendship there, aye, Bill?" said Gutfeld with a smirk.

O'Reilly, caught off guard, could do nothing but stare dumbfoundedly at Gutfeld for an uncomfortable moment. "What is wrong with you?" O'Reilly finally responded with a wry smile to the now-cackling Gutfeld. "Yeah, I know the guy pretty well, and what you're saying is a bunch of crap."