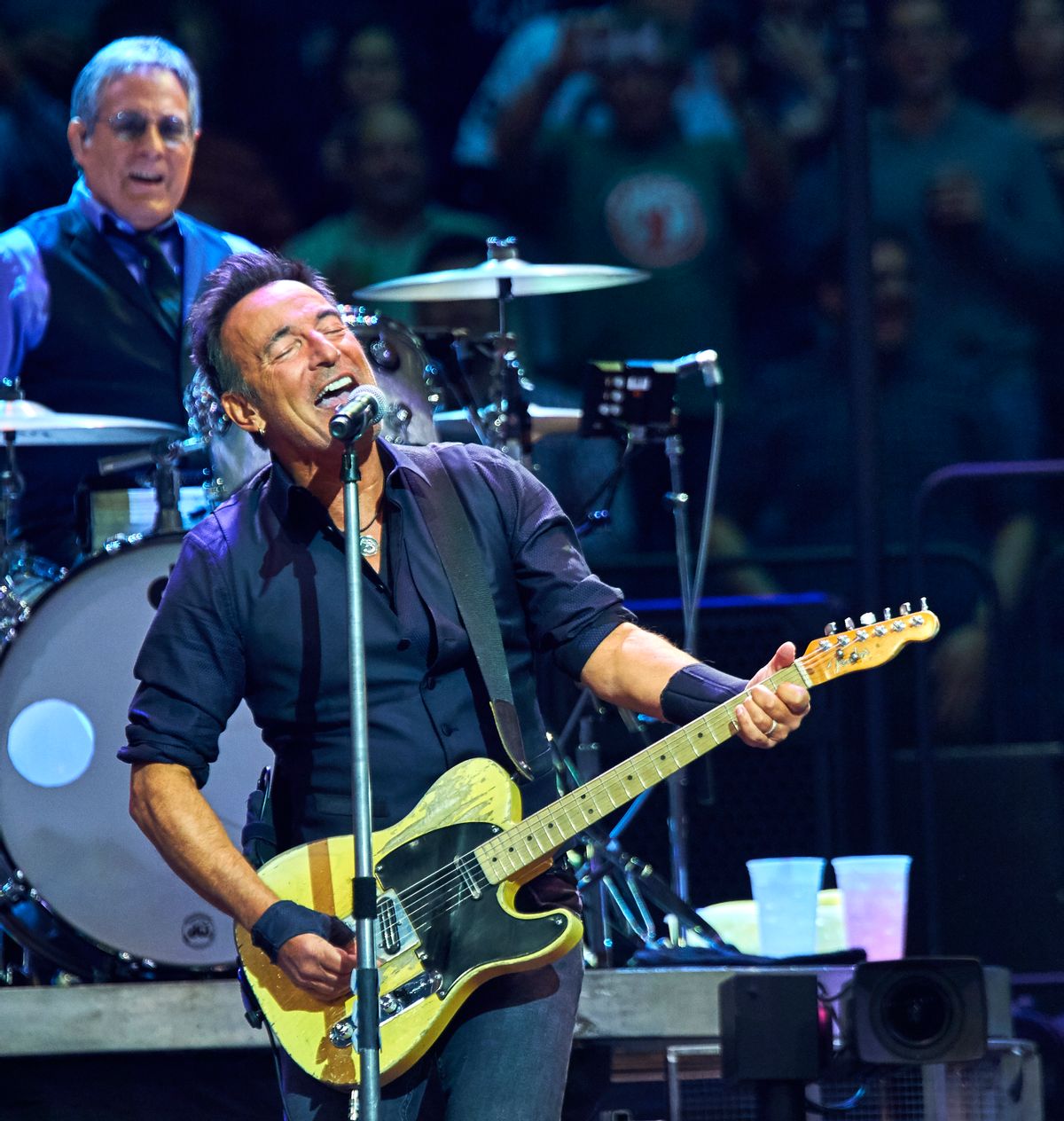 Bruce Springsteen and the E Street Band have announced the cancellation of its Greensboro, North Carolina show scheduled for Sunday, citing recently passed state legislation that "attacks the rights of LGBT citizens to sue when their human rights are violated in the workplace," Springsteen wrote in a message to fans. Cancelling the concert, Springsteen wrote, "is the strongest means I have for raising my voice in opposition to those who continue to push us backwards instead of forwards."

Like his heroes Pete Seeger and Woody Guthrie, Springsteen's music and activism have always been closely linked. Here are six other times when The Boss took a stand:

In 1985, E Street Band guitarist Steven Van Zandt recruited Springsteen and dozens of other stars, including Miles Davis and Bono, to record "Sun City," a protest anthem against the South African government's apartheid policy. Bruce Springsteen and the E Street Band did not perform in South Africa until 2014, years after the end of apartheid. The band opened its first Cape Town show with a cover of the Special A.K.A.'s "Free Nelson Mandela" in tribute to the South African leader.

"You can get killed just for living in your American Skin" sings Springsteen in this song about Amadou Diallo, a 22-year-old Guinean immigrant who was killed by police in the Bronx in 1999. NYPD officers fired 41 bullets at Diallo, who was unarmed. Springsteen performed the song at Madison Square Garden in 2000, prompting criticism from then-NYPD commissioner Howard Safir and the Patrolmen's Benevolent Association. Springsteen has since dedicated performances of "American Skin" to Trayvon Martin, who was fatally shot by George Zimmerman in Florida.

Bruce Springsteen and the E Street Band performed at Madison Square Garden in September 1979 as part of the No Nukes concert series. Musicians United for Safe Energy, an activist organization founded by Jackson Browne, Graham Nash, Bonnie Raitt, and John Hall, held the concerts in the wake of the Three Mile Island disaster to protest the use of nuclear energy.

Amnesty International organized a blockbuster 1988 world tour in honor of the 40th anniversary of the Universal Declaration of Human Rights that included Springsteen, U2, Peter Gabriel, Sting, and Tracy Chapman. The six-week Human Rights Now! tour included 20 shows on five continents, and each concert concluded with a group performance of Bob Dylan's "I Shall Be Released." "There were about 60 seconds where you could feel people sussing us out, and then the whole place just exploded," Springsteen said recently of the tour's stop in the Ivory Coast. "The band came off feeling like it was the first show we'd ever done."

USA for Africa's star-studded 1985 charity single raised over $74 million for famine relief and featured a call-and-response section between Springsteen and Stevie Wonder. "Anytime somebody asks you to take one night of your time to stop people starving to death, it's pretty hard — you can't say no," Springsteen later said of the experience.

The E Street Band is reportedly scheduled to perform in Tel Aviv in July, prompting activists to petition Springsteen to join a boycott against playing in Israel. Other artists, including Roger Waters and Brian Eno, have refused to perform in the country in protest of the Israeli government's policy towards Palestinians. The rumored tour date does not currently appear on the band's official website, and Springsteen has not yet commented.