Journalism is now entertainment. Donald Trump knows it. Too bad for democracy that the press hasn't figured it out 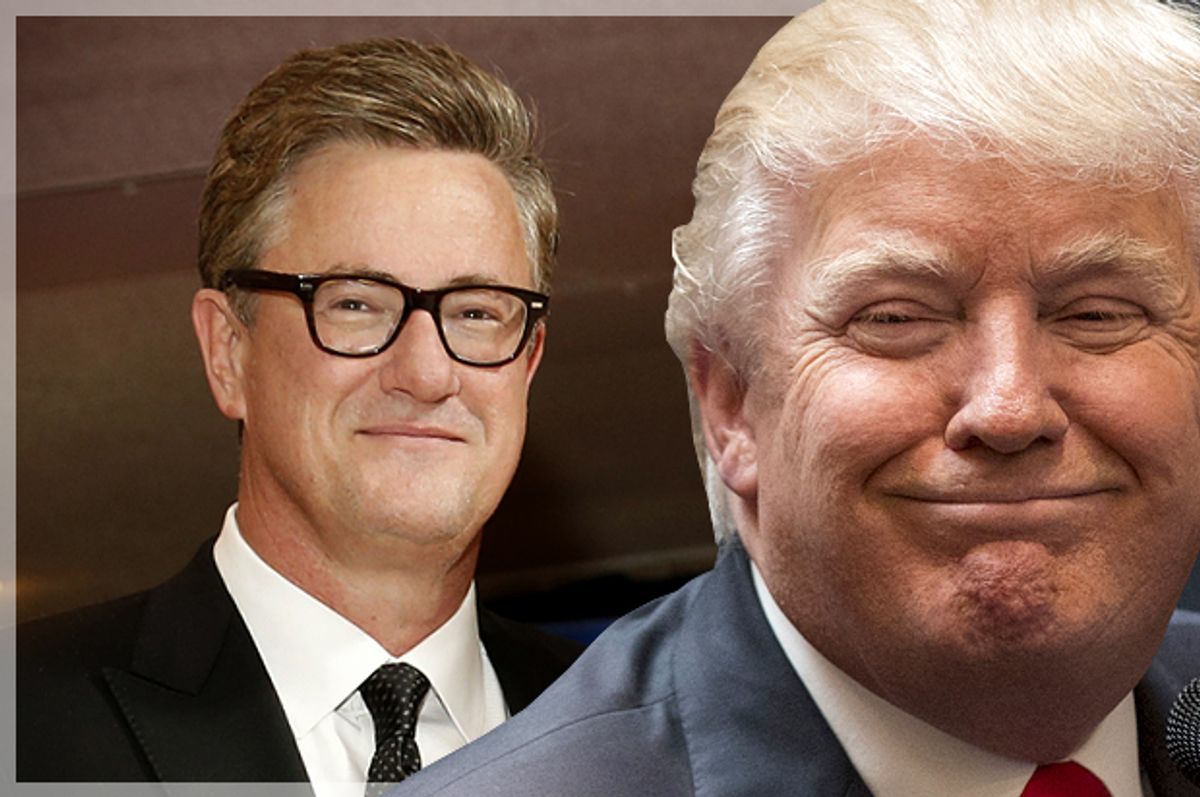 Donald Trump has been a disaster for political journalists, but he has also been an incredible boon for those of us who teach journalism. Questions of ethics and practice, for instance, particularly in interview situations, are no longer simply academic. They become matters of the moment; students can see, unfolding in real time, the consequences of journalism without a firm professional base, the descent into entertainment of a field whose prime focus is supposed to be information.

Chuck Todd’s phone interview with Trump for "Meet the Press" on November 29, for example, allowed my student to hear Todd pull back from lines of questioning that got too touchy and then humble himself, asking Trump to come on for an in-person interview. The students then debated the responsibility of the journalist when interviewing a subject of continuing interest. Do you ask the hard questions at the risk of losing access to the subject? Or do you back-pedal or toss in a few softballs in order to make the subject comfortable — and available in the future? These questions were suddenly right before them.

If Chuck Todd, one of the most successful journalists in America, feels he has to grovel at the feet of an interviewee, imagine, I asked my students, how a young journalist must feel. Losing access can mean losing a job. Professional ethics and standards have to be jettisoned, many journalists learn, in order to stay in the field. Once the pattern is set at the first rung of the professional ladder, it is not going to change later. Commitment to professionalism disappears.

What is more important, the story or the number of readers? My students always talk about this, and it is also made present by Trump. By the middle of last semester, my students had gotten sick of seeing Trump everywhere — my current students (it is about midterm) are beginning to feel the same way. Almost everything we look at in the political press tends to circle back to the presidential primaries and, in particular, to Trump. When we met a week ago Tuesday, I had my students (they are following particular candidates in groups) begin to research candidate reactions to the Brussels bombing, secure in the knowledge that the news stories would quickly turn in that direction — they did, with Trump and Cruz getting the biggest headlines. Even in a disaster, the sure-fire way to increased viewers and readers is to find the most outrageous reactions — and Trump and Cruz were sure to give them.

From the start, Trump’s campaign has been entertainment, not politics as we have known it. Journalists dismissed it as unserious, seeing no way it could be sustained. But Trump was operating as a seasoned TV pro: High ratings, he knew, beget high ratings. A day he could keep before the public ensured another day in the same spot. Reporters covering Trump didn’t bother to do the real work they should have been doing, looking at the whole of the phenomenon Trump was creating instead of simply covering him as another politician. He knew they wouldn’t.

Trump has been laying the groundwork for his campaign for years. His “birther” activity was not accidental, though reporters tended to dismiss it as a sideshow. His was not (and is not) quite the seat-of-his-pants operation he lets journalists believe. Sure, he has a relaxed attitude toward policy, but he has spent time learning about his audience — something that the reporters following him have neglected to do. Research is an important aspect of journalism — and stopping in at a diner in Iowa just doesn’t count as real research on the voting population. My students recognized this quite quickly, even if the press did not.

All of us who write about Trump — including me and the dozens of others whose articles have appeared here on Salon — need to be careful that we are not more interested in ‘click bait’ than in our subject. There’s a fine line: Salon writers have been at the forefront on exploring just who Trump’s supporters are and why they like him (something the national reporters forgot in their focus on the candidate himself), but we also can be swayed by the lure of increased readership. My students, aware of this pull, have identified three types of Trump stories: those on Trump solely because he, himself, is news; those on issues highlighted by the Trump candidacy that also inform; and those that try to avoid the phenomenon and focus only on relevant issues. In the national political press, the first of these has predominated and the third has died away. The second has had belated impact on national discourse, the cable networks only recently seeing that the Trump phenomenon is not simply about the man, but that it arises from the failures of a political party out of touch with its "base."

Recently, too, the opinion leaders of the political press have finally begun to add their own voices to the criticisms of their profession that my students, like so many others, saw as early as the beginning of the semester last September. Nicholas Kristof, writing in The New York Times, admits that “we in the media screwed up.” Though he’s a little late to the party, Kristof does make three important points, all of which my students could have pointed out to him six months ago.

First, Trump adroitly manipulated the press into giving him free publicity. That includes even those of us who, like me, see ourselves as using Trump to bring attention to points we have long been trying to make about rightwing America. Brilliantly, Trump has given the media room to further their own agendas in the process of making his own blossom. Political writers often love the Trump phenomenon even while loathing the man himself.

No one in the media has ever held Trump’s feet to the fire. They continue to let him slip away, to continue to dance in the shadows and reflections of the flames. No one has effectively called Trump on his lies, “leaving many voters with the perception that Trump is actually a straight shooter.” The ‘he tells it like it is’ image comes from the fact that he always has a simple, understandable response — whether it makes sense or not. Reporters have yet to find a way to effectively follow up.

Kristof’s second point is that the press did not take Trump seriously quickly enough: "We wrongly treated Trump as a farce.” That was simply poor journalism: The clown has been an important force in politics for a long time, both in terms of politicians themselves and the press covering them. If nothing else did, the continuing popularity of Sarah Palin should have alerted members of the press to the seriousness of the Trump phenomenon.

Kristof’s third point is one that writers on sites like Salon have been making for quite some time (and that my students have been making for six months): No matter how much we may make fun of Palin and her references to the "lamestream media," the media have been out of touch with the lives of most Americans for years. “We spend too much time talking to senators, not enough to the jobless.” No shit, Sherlock.

Kristof ends by saying, quite rightly, that “we in the media empowered a demagogue and failed the country. We were lap dogs, not watchdogs.” It’s nice that he’s come to that realization.

My students could have told him so months ago, had he or anyone else in the media bothered to ask. I suspect that most Americans could have.