Valerie Plame has one regret: "I wish I had the maturity and courage to have pushed back more"

In conversation about spy novels with Chris Pavone, she says "gender bias is built into the system" at the CIA 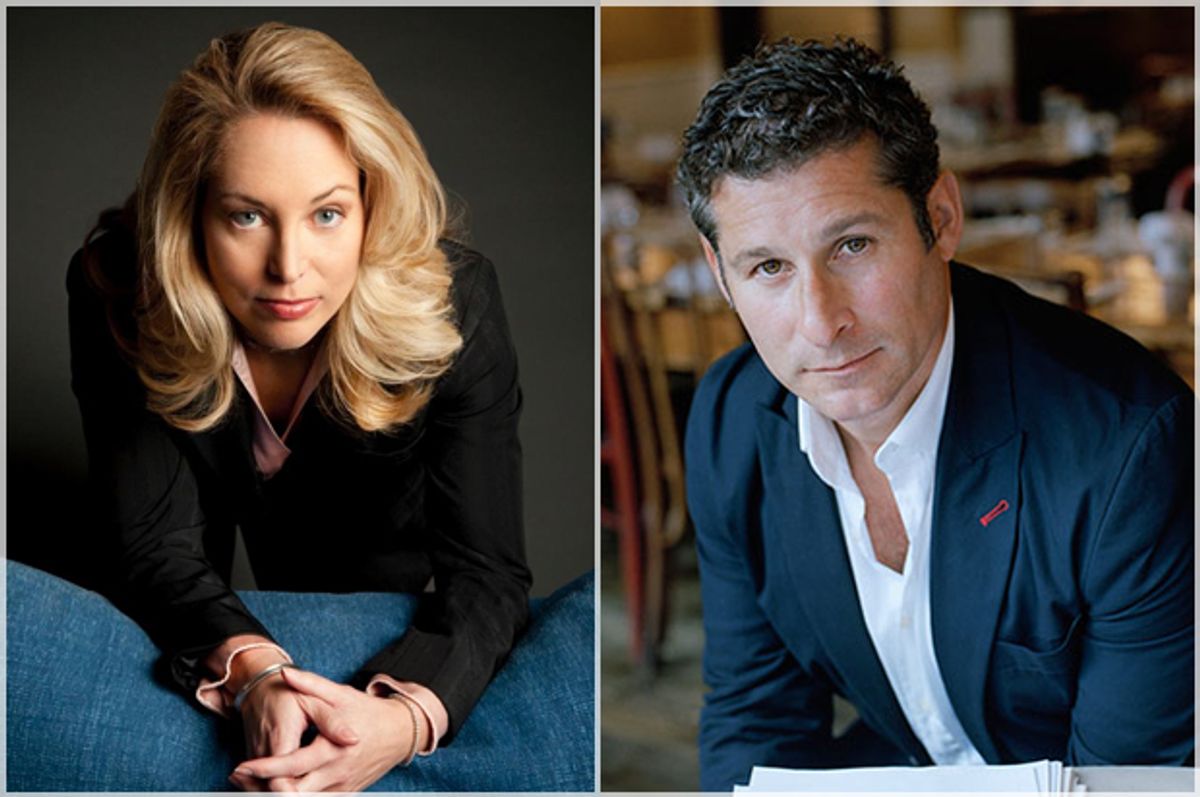 Valerie Plame Wilson was a lifelong CIA officer until her cover was spectacularly — and illegally — blown in 2003 by the Bush Administration, ending the viability of her career in intelligence. She is now an anti-nuclear-proliferation activist and espionage novelist, as well as the author of the bestseller "Fair Game," which was turned into a major motion picture.

Chris Pavone, a longtime New York City book editor, never had a thing to do with the CIA until his wife got a job in Luxembourg, at which point he, too, began writing spy novels. His first two books, "The Expats" and "The Accident," were both New York Times bestsellers, and "The Travelers" has just published. Here they discuss the challenges of writing espionage fiction and being a real spy versus a fake one.

First things first, something I worry about constantly: When you read espionage novels written by amateurs like me, what mistakes do we make that drive you absolutely crazy?

Chris, you’re doing a hell of a good job for being an “amateur” — lots of bestsellers!  But, to your question, there are no “lone wolves” in the CIA.  A successful ops officer is part of a highly skilled team: analysts, targeting officers, surveillance, tech geniuses. I know having a Jason Bourne all alone in a field firing at bad guys is much more dramatic, but it’s not real. Second, hate to burst your bubble, but the CIA is expressly prohibited from political assassinations per the 1979 Executive Order 11905.  That said, use of drones certainly kills — intended targets as well as unintended civilians. Finally, a pet peeve is overreliance on guns. Again, very visual but not much intelligence gets collected when there is a gun in the room. Am I correct that there are no guns in "The Travelers"?

Yes. The only time a gun is mentioned is when the protagonist — just recruited to be an intelligence asset — asks his new handler when he’ll be getting a weapon, and she tells him never, there are already too many guns in the hands of people who shouldn’t have them. That’s also the way I feel about it, both in real life and in fiction: there are too many guns where they don’t belong. I’m gratified to know that real-world intelligence gathering is relatively firearms-free. Speaking of the real world, do CIA officers have book clubs? Do you all cycle through the same authors, sit around in Beirut and Prague, passing paperbacks back and forth? Are some authors well known for their verisimilitude?

If there is a book club, I wasn’t asked to join it ... I feel left out. I think CIA officers particularly like John Le Carré for the existential dread he is able to convey in his gray world. Of course, we all watch James Bond with envy — knowing the U.S. government would never pay for the lifestyle he enjoys.

A few years ago, I was signing books at Shakespeare and Co. in Paris when an American man handed me his State Department business card. He was in Paris on a special delegation, lived mostly in Washington, invited me to contact him with any questions. Was this guy with the CIA?

Maybe. Or a kook. The world is full of them. Didn’t you call him?

No, I never did. When I returned home after that long book tour across America and Europe, I was already well past the research stage on a new project, and I really just wanted to sit down and write. I also wanted to stay in New York with my wife and children; I was the parent who was supposed to be at school pickup every day. A few years ago, one my kids wanted to read my first book, and I allowed it. But I thought my second novel was a bit too racy, so I forbid it, temporarily. Your kids are a bit older than mine. What’s your policy? And when you’re writing, do you ever consider what your children will think of the book?

Yes, of course!  My kids and my 86-year-old mother. Both "BLOWBACK" and "BURNED" have sex scenes in them — pretty tame — but still. My kids get queasy when my husband and I kiss. But they have read the books and seemed to take it all in stride. Frankly, I’d rather have them read sex scenes than ultra-violent ones.

Do you worry what other readers will think? Like your ex-colleagues in the CIA?

Definitely. I know that "The Accident" is not a completely accurate reflection of the reality of the book publishing world, which, like nearly any other business, consists mostly of people sitting in small offices staring at computer screens, or reading, or trying to stay awake in meetings. None of this is the stuff of compelling fiction. Although I did admire David Foster Wallace’s final unfinished novel about boredom, I’m no DFW, and I want my books to be exciting, not boring. So I purposefully stray from what I know to be reality. And I do worry that well-informed readers will think I’m erroneous, or irresponsible. In the same vein, the protagonist of your two novels is a fictional operations officer named Vanessa Pierson, a name that sounds a lot like Valerie Plame. What sort of more compelling version is she of you?

Younger. Smarter. Better with languages. Fiction is a kind of do-over.

Besides wanting to make yourself younger and smarter — and who doesn’t? — are there other things you wish you could do over?

Looking back at my career, I wish I knew then what I know now ... that gender bias is built into the system and it’s unconscious in many ways. I wish I had the maturity and courage to have pushed back more. I was always trying to be a “good girl” and play by the rules. Maybe this sounds silly, but during the times I worked at CIA HQS, I wish I had left my desk for lunch more. All the men did it, but of course the women are busy beavering away at their workload, nibbling their salads, because they needed to get out at a certain time for child pick-up at school...

Your career was burned for purely political reasons. Intelligence is supposed to be above politics, but now that you’re not in intelligence, are your novels motivated by any political agendas?

Not motivated in a political partisan sense. I’ve had plenty of that nonsense in real life. But in both my novels, I focus on nuclear weapons as the ultimate problem — which that and climate change really are. This is because my expertise in the CIA was nuclear counterproliferation: that is, making sure the bad guys, terrorists or rogue actors do not get a nuclear capacity. By using those themes in my books, I hope to bring this issue to a wider, younger audience so they are perhaps intrigued enough to educate themselves and even act — politically.