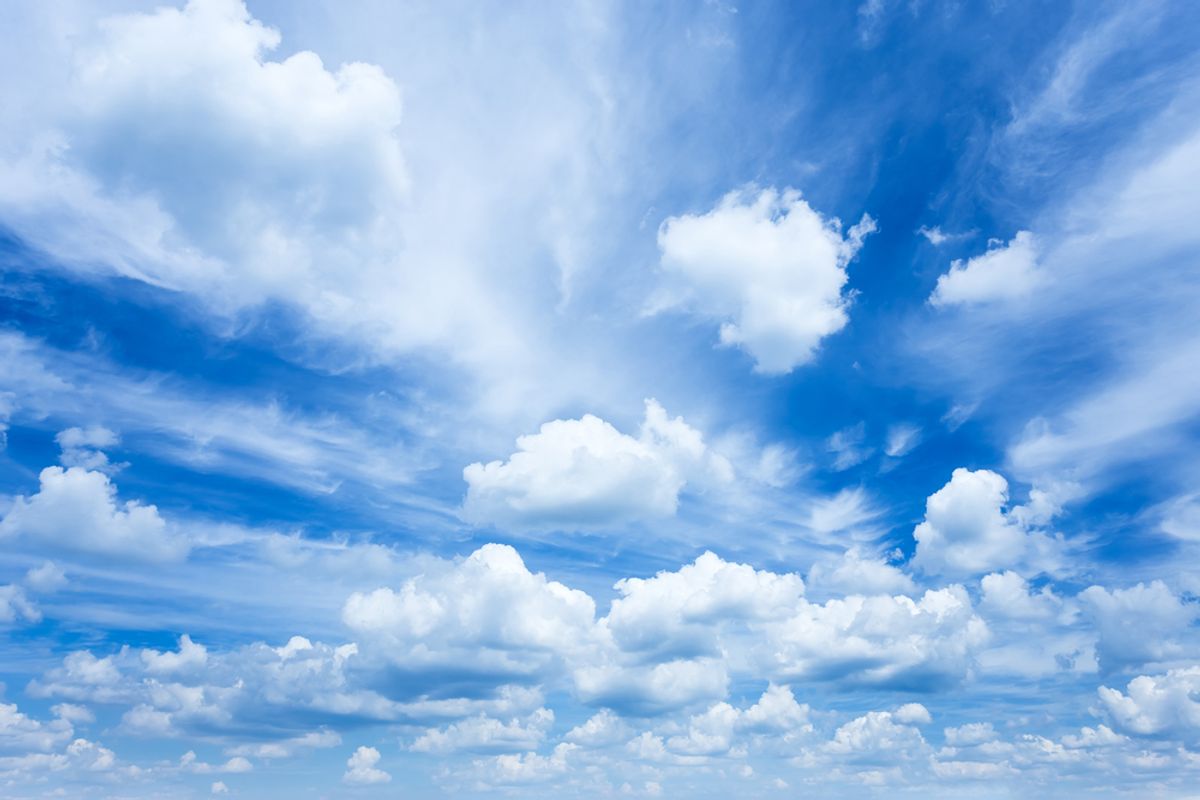 To some, clouds resemble bunnies. To others, they can look like squished flowers. When scientists used NASA data to peer into clouds, what they saw resembled a hazard sign warning of a fast-deteriorating climate ahead.

Analysis of the first seven years of data from a NASA cloud-monitoring mission suggests clouds are doing less to slow the warming of the planet than previously thought, and that temperatures may rise faster than expected as greenhouse gas pollution worsens—perhaps 25 percent faster.

The new research, however, suggests climate models have overestimated how much ice is in clouds, meaning less is available to be converted to liquid as temperatures rise.

“When carbon dioxide concentrations and temperatures rise, then mixed-phase clouds will increase their liquid water content,” said Ivy Tan, a PhD candidate at Yale University who led the research, which investigated common clouds that contain both ice and water. “Many models are overestimating how much ice is in the mixed-phase clouds.”

The repercussions of the findings, which were published Thursday in Science, could make it harder to hold warming to limits set during recent United Nations climate negotiations—but they’re being received cautiously by other climate scientists, with questions raised over the results of the analysis.

The coldest clouds are full of ice; the warmest are full of water. Modeling experiments by Tan and two other scientists focused on inbetweeners—mixed-phase clouds, such as undulating stratiform and fluffy stratocumulus clouds, which are abundant over the vast Southern Ocean and around the Northern Hemisphere north of New York.

For their study, the researchers used the NASA data to guide the modification of a popular earth model. They added more liquid and less ice to the clouds in their model simulations, striving to create more realistic conditions.

Because there was less ice, cloud brightness increased more slowly than it did in the unmodified model, since fewer ice crystals were replaced with reflective liquid as temperatures warmed.

What the findings might actually mean for earth will depend heavily on how much carbon dioxide, methane and other greenhouse gases yet gets billowed into the atmosphere, and how quickly. But the discovery suggests impacts from climate change will be worse, and that they will get worse more quickly than earth models had previously indicated.

Isaac Held, a National Oceanic and Atmospheric Administration climate scientist, said he agreed with the researchers about the “the importance of getting the ice-liquid ratio in mixed-phase clouds right,” but he doesn’t agree that global climate models generally underestimate climate sensitivity.

Based on past observations, Held, who was not involved with the study, said the climate sensitivity of 5°C or more shown by the new research may be implausible.

“Admittedly, it is a rather high estimate, which may reflect the fact that the model used is already on the sensitive side,” said Mark Zelinka, a cloud modeling expert at Lawrence Livermore National Laboratory who worked with Tan on the research. But, based on Zelinka’s interpretation of historical data, he said it “seems premature” to dismiss it as implausible.

Tan, meanwhile, said it would be a mistake to focus too closely on the exact number. The sensitivity result from the modeling experiments should be taken “with a grain of salt,” she said.

That’s because the study was based on a single model. A main point in conducting the experiments was to show that climate models contain a bias that could be corrected. The group hopes other scientists will conduct similar experiments using different models to help hone in on a more reliable measure of climate sensitivity.

Michael Mann, a meteorology professor at Penn State who was not involved with the study, said it’s “speculative” but “plausible” that global climate models have been underestimating climate sensitivity by assuming too much cloud glaciation.

“This is one of several recent studies that provide sobering evidence that earth's climate sensitivity may lie in the upper end of the current uncertainty range,” Mann said in an email. “That means that avoiding dangerous 2°C warming might be an even greater challenge.”

Carbon dioxide levels have risen more than 40 percent to 400 parts per million since before the Industrial Revolution, and they continue to rise at a hastening pace.

The increase in carbon dioxide levels recorded so far has played the most important role in pushing average global temperatures up by 1°C (1.8°F) during the last 200 years. That has worsened heat waves, floods and droughts, leading to record-breaking temperatures in 2014 and then again in 2015.

A U.N. pact negotiated in Paris in December set a goal for limiting warming to well below 2°C. Plans by the world’s biggest polluters to protect the climate, including China, the U.S. and Europe, however, so far fall well short of the measures needed to achieve that goal.