Forget the boycott: This is how we teach North Carolina and Mississippi a lesson

We must educate and fight for LGBT rights in the South. A punishing boycott only hurts people who need our help 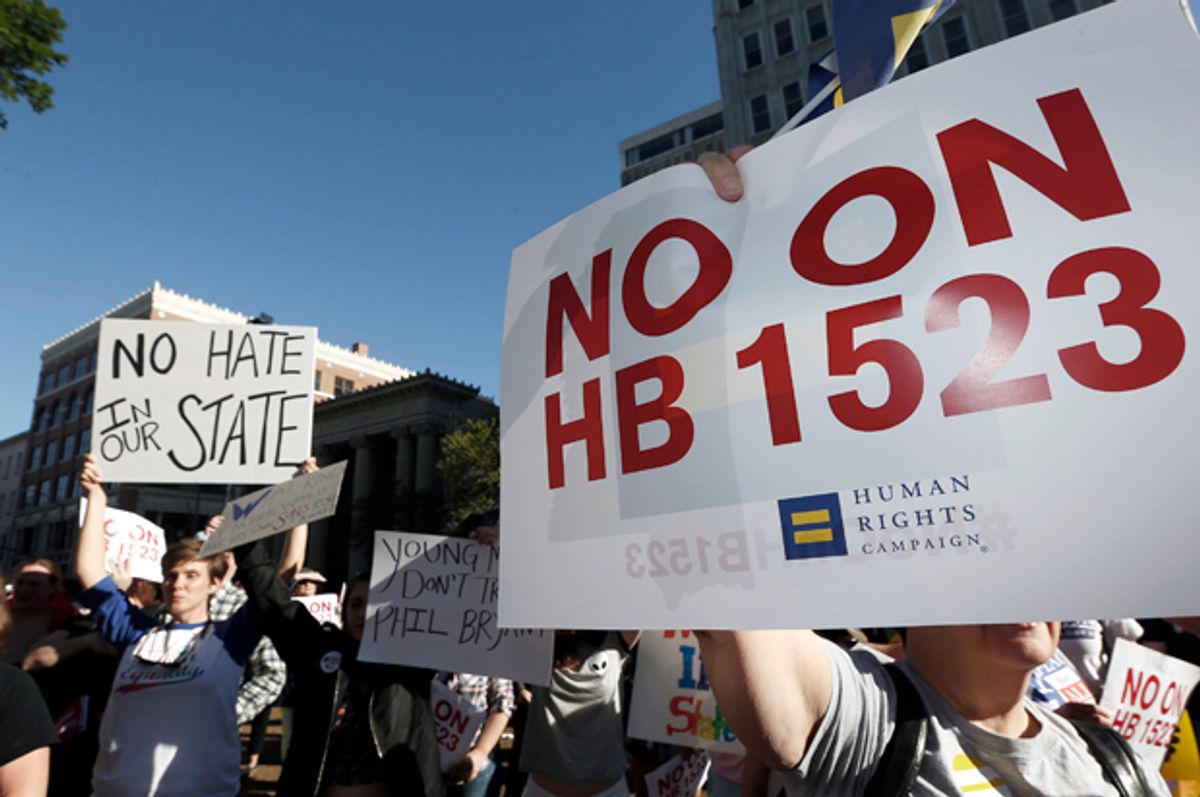 On March 28, 2016, Gov. Andrew Cuomo of New York signed an executive order that banned state-funded travel to North Carolina in response to North Carolina passing a bill that prohibits transgender people from using bathrooms appropriate for their gender identities, and also does not provide state anti-discrimination protection for LGBT citizens.

Cuomo stated, “From Stonewall to marriage equality, our state has been a beacon of hope and equality for the LGBT community and we will not stand idly by as misguided legislation replicates the discrimination of the past.”

While Cuomo’s order certainly has its merits, it nevertheless contradicts the activist spirit of the history that he evokes. By not allowing New York-sponsored agencies, educators and policy makers to travel to North Carolina, we are leaving the LGBT people in North Carolina alone without support, and unwittingly creating an environment for homophobia and transphobia to thrive. Instead of cutting travel off to North Carolina, we should be increasing travel to the state.

Now more than ever we need to use our state funding to educate, lead and advocate for LGBT people in North Carolina. Students at Macaulay Honors College, part of the City University of New York, for example, had to cancel their participation in the National Conference on Undergraduate Research, which will be held this weekend. It is unclear if banning travel to North Carolina will have any real political impact, but it is clear that the ban will only further isolate LGBT citizens in North Carolina from their allies.

Before North Carolina passed this bill, I was invited to give a lecture at the University of North Carolina in Wilmington on April 13 based on my new book on the history of gay liberation. After the bill passed, I considered boycotting the event, but as I talked more with the history professor who organized my lecture, I realized that would be ineffective. She kept telling me on the phone, “By coming here, you are doing God’s work.”

While I don’t consider myself a missionary spreading the gospel of gay liberation, I have been reminded of the struggles that many LGBT activists made in the past under even more dire circumstances. In the immediate aftermath of the Stonewall uprising, LGBT people were often the victims of violence and discrimination. In New Orleans in 1973, 32 people were killed in an arson attack, making it the largest massacre of LGBT people in U.S. history. Those who perished were members of a local chapter of the Metropolitan Community Church, the first ever gay church established in the United States.

Some of the bodies were not immediately removed from the incinerated building; in fact, the body of Reverend William Larson, who had led the congregation earlier that evening in prayer and song, was left wedged in a window.  To compound matters, locals made tasteless jokes about the massacre, asking: “How many gay people died in the fire?" And the response was, “Not enough.”

The local media delivered misleading and inaccurate reports, condemning the bar as a place that “homosexuals frequented,” failing to mention that the bar on Sunday evenings served as a church.

Meanwhile, for those who did not travel to New Orleans, LGBT organizations throughout the country sent money, clothes and even blood for the survivors. Gay newspapers then published reports in order to accurately document the events and circulated news of them to those around the world. They refused for the massacre and its aftermath to go unrecorded.

Outside of New Orleans, even in New York City, where gay liberation officially began, violence continued to stalk LGBT people in the 1970s. When Craig Rodwell opened the first-ever gay bookstore in the United States in 1967 on Mercer Street in Greenwich Village, his shop was often vandalized and members of his staff were harassed. One time someone threw a rock through the store’s window that injured customers in broad daylight. Another time, someone threatened to burn the store down.

On April 6, 1976, almost 40 years ago to the day, gay activists stormed the proceedings of the Association for Psychoanalytic Medicine at the New York Academy of Medicine, where prominent doctors proposed that homosexuality was a sign of mental illness. When the doctors on the panel began their presentations, gay activists, who were sitting in the audience and disguising themselves as participants, took turns standing up and reading from a manifesto that historian Jonathan Ned Katz wrote, which refuted the scientific arguments surrounding homosexuality and illustrated how in different historical periods, those in power developed various arguments about homosexuality. The manifesto proved that sexual orientation was less about science and more about who had the power to make claims about homosexuality.

Opposition to homosexuality and violence have ubiquitously been a major factor of the LGBT struggle in this country, and many LGBT citizens know it. Yet, Cuomo’s proud declaration that New York is the home of Stonewall forgets what that actually means. Liberation has consistently come at the cost of outward articulations of hate and acts of violence.

We need Cuomo and others to continue to call out this discrimination, but we don’t need to retreat from these sites of terror. Instead we need to march toward them.

Jim Downs is the author of "Stand By Me: The Forgotten History of Gay Liberation (Basic, 2006)." He is currently an Andrew W. Mellon New Directions Fellow at Harvard University and an Associate Professor of History at Connecticut College.