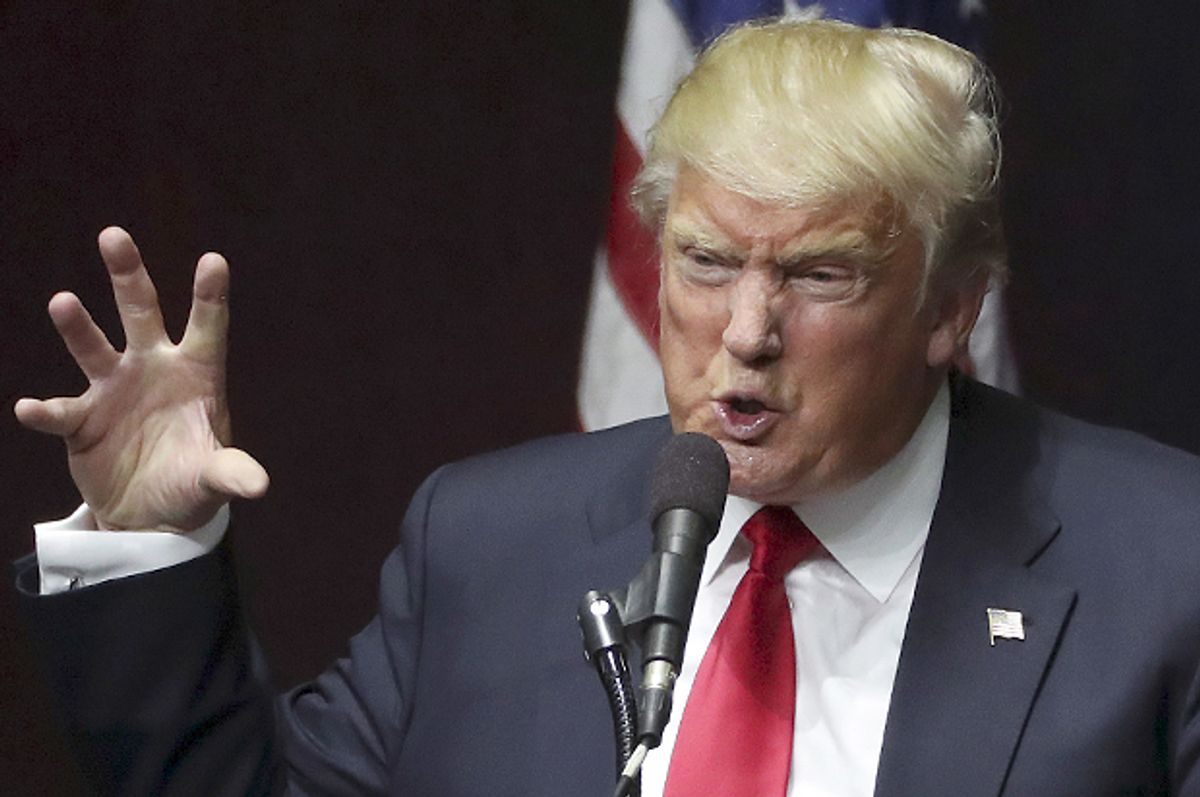 On Meet the Press Sunday, newly elevated Donald Trump adviser Paul Manafort refused to deny that Trump would buy delegate votes at the Republican National Convention in Cleveland this summer -- but on Fox & Friends Monday, the candidate himself was complaining that Ted Cruz and the Republican Party establishment did exactly that in order to secure all of the state's delegates.

"People in Colorado weren't given a vote," Trump said. "This was the politicians. It's not a system, there's no voting! This [delegate distribution system] was changed in the summer to help a guy like [Texas Senator Ted] Cruz, and it's not right."

"That's not the way democracy is supposed to work," he continued. "They offer him trips, they offer them all sorts of things -- and they're allowed to do that, you can buy all these votes! What kind of a system is that?" (He neglected to add that it's precisely the one that he plans on taking advantage of this summer.)

"The system is rigged," Trump added. "It's crooked."

He later complained that the Republican delegate system is even "more crooked" than the Democratic, because at least Bernie Sanders was awarded some delegates in the rigged Wyoming primary. "I'm not a fan of Bernie," he said, "but every time I turn on your show, it's 'Bernie wins! Bernie wins!' And yet Bernie's not winning."