This is the saddest app yet: The ironically-titled Happy Couple, for partners who don't actually want to talk

Between hooking up on Tinder and breaking up via text, here's an app that lets you avoid interacting face to face 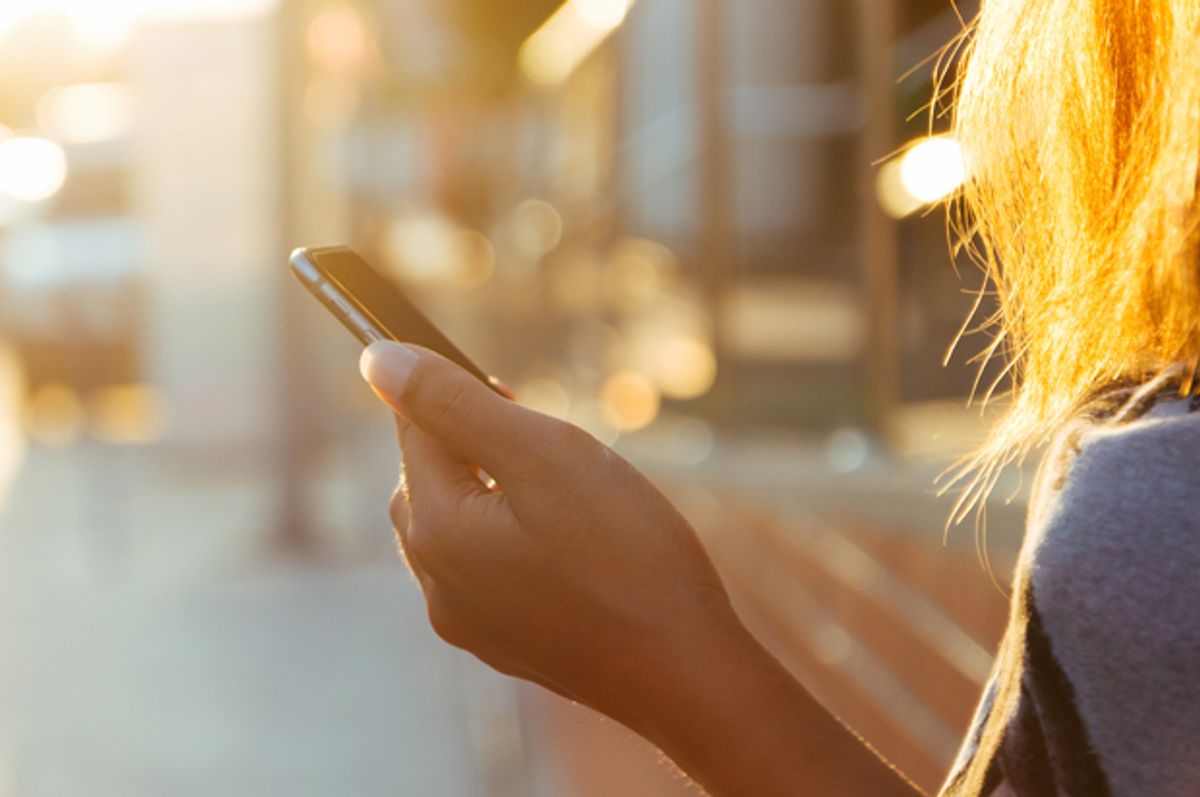 Once upon a time would-be lovers spent their time getting to know everything about each other in order to determine whether their interest was compatible on levels larger than lust, and to showcase how enamored they were. Questions were asked and observations were made with the fervor of a pirate on a treasure hunt, ultimately leading to the hope of happily ever after. In the digital age, it seems nobody has time for that -- you know, learning about a person IRL rather than trawl social media accounts -- but we do have apps for it.

We’ve grown accustomed to starting relationships via apps like Tinder and Hinge, and are more than happy to hide the digital evidence of relationships once they’ve ended, but what about the stuff in between? You know, that span of time between the meetup and the break up? Ah, yes: the actual relationship where you do things with a person you like and sleep with, help make each other better, that whole bit.

A new app called Happy Couple is now available to help couples get to know each other in the form of digital quizzes. Each day, each partner answers five different questions for their partner that spans six different topics, and then answers questions for themselves. The app features 1200 quizzes, and asks questions such as “how does *insert partner name here* keep track of tasks on his/her plate?” Other questions include “how does my partner feel about monogamy?”

According to Glamour, “Happy Couple forces couples to put in the effort to get to know each other that is often neglected once a relationship deepens.”

But how deep can a relationship actually be if details of your partner’s system of values isn’t known? (My guess is it’s about as deep as a shower.)

The disappointment that an app like this exists is twofold: are we so desperate to enter into a relationship that we blindly jump off a cliff and look during the fall to see if there’s water or rocks at the bottom? I fully understand and enjoy the rush of a spontaneous romance, but one would think taking it to the next level might involve some sort of conversation of who the person is that doesn’t have to do with their favorite Instagram filter.

Additionally, are we so conditioned to use our phones to facilitate interactions that we don’t know how to get to know another person without it?

A friend and I got deep over texts this weekend about our culture’s dependence on our phones and the detrimental effects it has on relationships. (Yes, I understand the irony of having the conversation via text. I’m sure we’ll hang out in person to talk about it more.)

According to him, “this new paradigm of connectivity is pushing us further and further from any real relationships or friendships.”

It’s unfortunate that in order to “get to know someone” we’re at the point where we need pre-designed quizzes on an app to do so. For all our social networking skills, we don’t seem to know how to engage in actual conversations that require eye contact rather than autocorrect.

It makes me question the satisfaction a partner might receive upon finding out their lover correctly answered questions about them. Is there genuine delight? Or is it more a great relief that they guessed the right answers? What about if the answers are incorrect?

Relationships are always going to be complicated whether we subscribe to multiple technologies and apps or not. But it’s my guess the majority of happy couples are more concerned with holding each other’s hands than their phones.