"Go ahead," he said a little too enthusiastically, "You can say 'Fox News'" 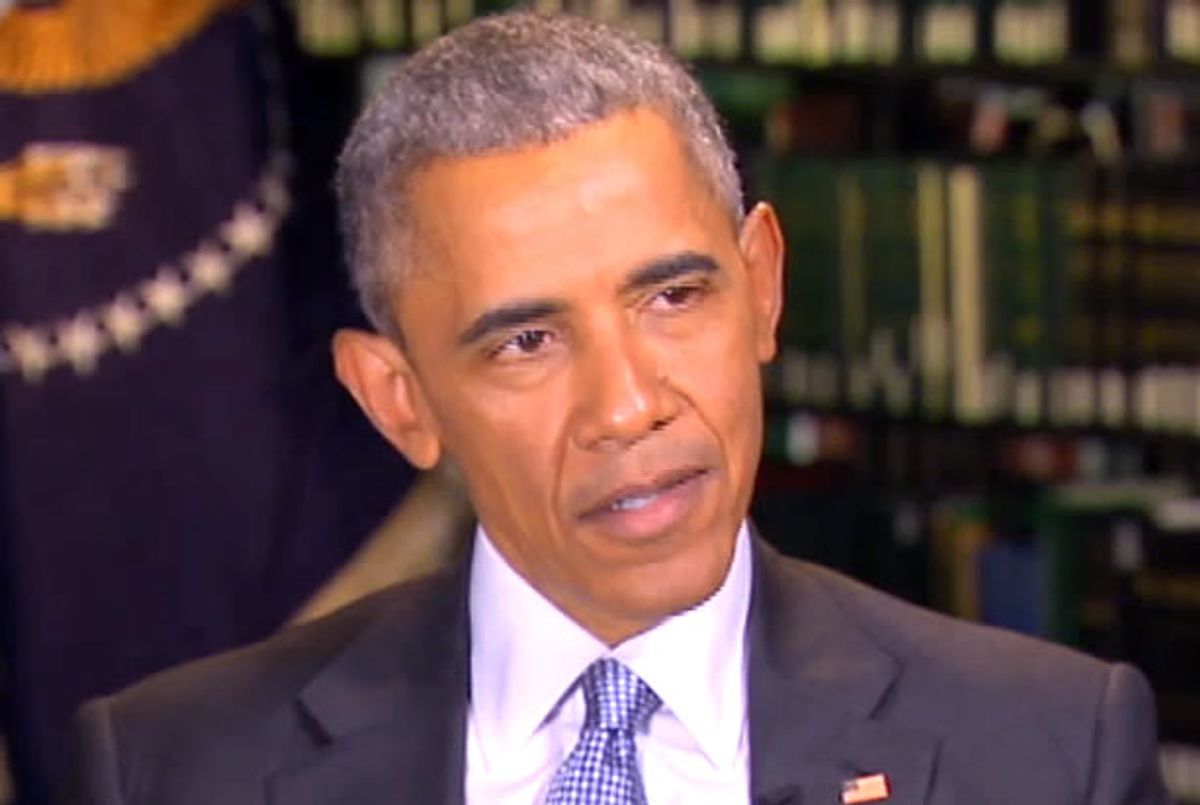 Chris Wallace's interview with Barack Obama on Fox News Sunday was, for the part, amicable -- at least until Wallace asked the president what is responsible for the "perception" that his two terms in office have been a failure.

"We’ve seen in this campaign -- among some Trump voters, and among some Sanders voters -- anger," Wallace said. "Do you feel any personal responsibility that, eight years after you came into office, there are millions of people out there who still feel cut out from the decisions that affect their lives?"

The president attempted to answer by talking about having taken over a country "still shell-shocked from [the financial crises in] 2007, 2008. We've now had more than six years straight of job growth, and cut the unemployment rate down to 5 percent. But, people lost homes, lost jobs, lost life savings -- and they still don’t fully know how that happened, and was the system fixed in a way that they can have confidence in."

"So you've fixed that in eight years?" Wallace asked.

"We’ve done a better job than I think most people give us credit for."

"The perception is going to be changing over time, as people see results, as they get more confident," Obama replied. "But -- and this is the big but -- nobody’s going to be 100 percent satisfied in a democracy like ours. I think the danger, both among Republicans, and among Democrats, [is that they] increasingly just listen to each other, or they just listen to people who already agree with them. Republicans, they have their own TV station, their own radio -- "

"Go ahead," Wallace said, a little too enthusiastically. "You can say 'Fox News.'"

The president, however, refused to provide Wallace with the sound-bite he desired, moving on to discuss the general implications of having a democracy in which opposing sides neither speak to nor hear the other.