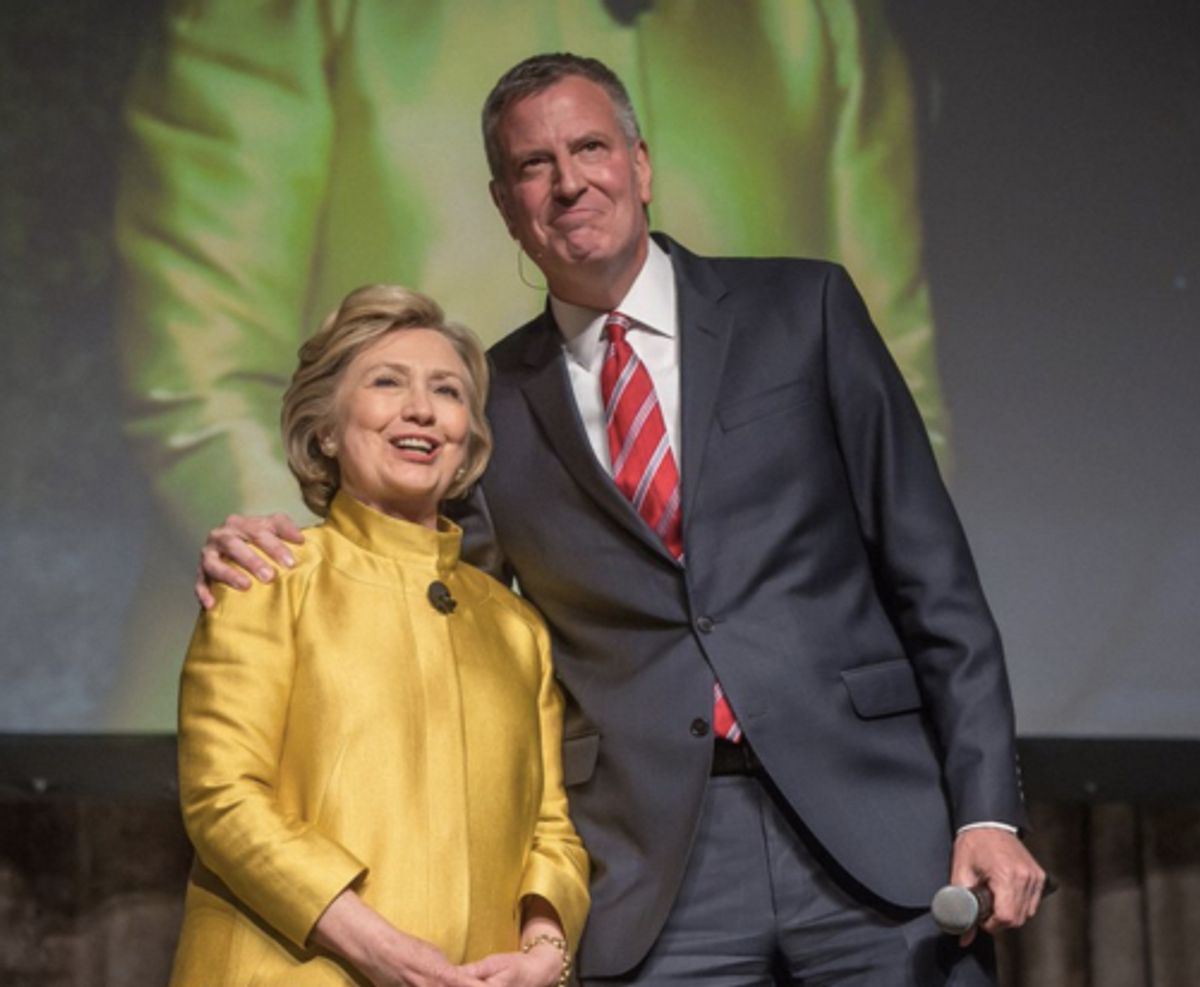 For the uninitiated CPT  is an acronym for colored people time, an old stereotype African-Americans have employed in jest amongst each other to excuse tardiness. Unfortunately, I found out on Monday that the shorthand CPT is no longer just an inside joke, but such a commonplace referral that even Hillary Clinton and New York City Mayor Bill de Blasio are publicly joking about the term.

At a charity event Sunday night, the Democratic presidential candidate apparently decided her campaign had successfully brushed aside accusations of tone-deafness on racial issues and the controversy surrounding her husband's response to Black Lives Matter protesters far enough that an otherwise cringeworthy joke about CPT would somehow come across as funny.

The Inner Circle is a parody group made up of political reporters and at their annual charity event Sunday night, a tradition dating back to 1923, New York City's mayor delved into a bit of rap on stage with the help of hip-hop radio DJs (“I make Bernie Sanders look like Trump,” the mayor rapped. “I’m down with Sandinistas and The Donald’s a chump") and Clinton, again, made light of her troubles getting on the city's subways.

“Do me a favor,” Clinton said to de Blasio. “Will you just fix these MetroCard slots? It took me like five swipes.”

While the majority of the night's comedy came from the comedy group's "Shamilton" skit, one of Clinton's jokes fell particularly flat.

When the former New York senator needled de Blasio for taking his time in endorsing her, the progressive mayor responded, “Sorry Hillary, I was running on C.P. time." At that point, Leslie Odom Jr., an African-American actor who plays Aaron Burr in the hit musical “Hamilton,” turned to the two politicians to interject.

Watch the awkwardness below: