Bill O'Reilly's relentless racism: Revolting comment to Trump about African-Americans having "forehead tattoos" is the newest chapter in his long history of bigotry

Many "are ill-educated and have tattoos on their foreheads," O'Reilly said about African-Americans seeking jobs 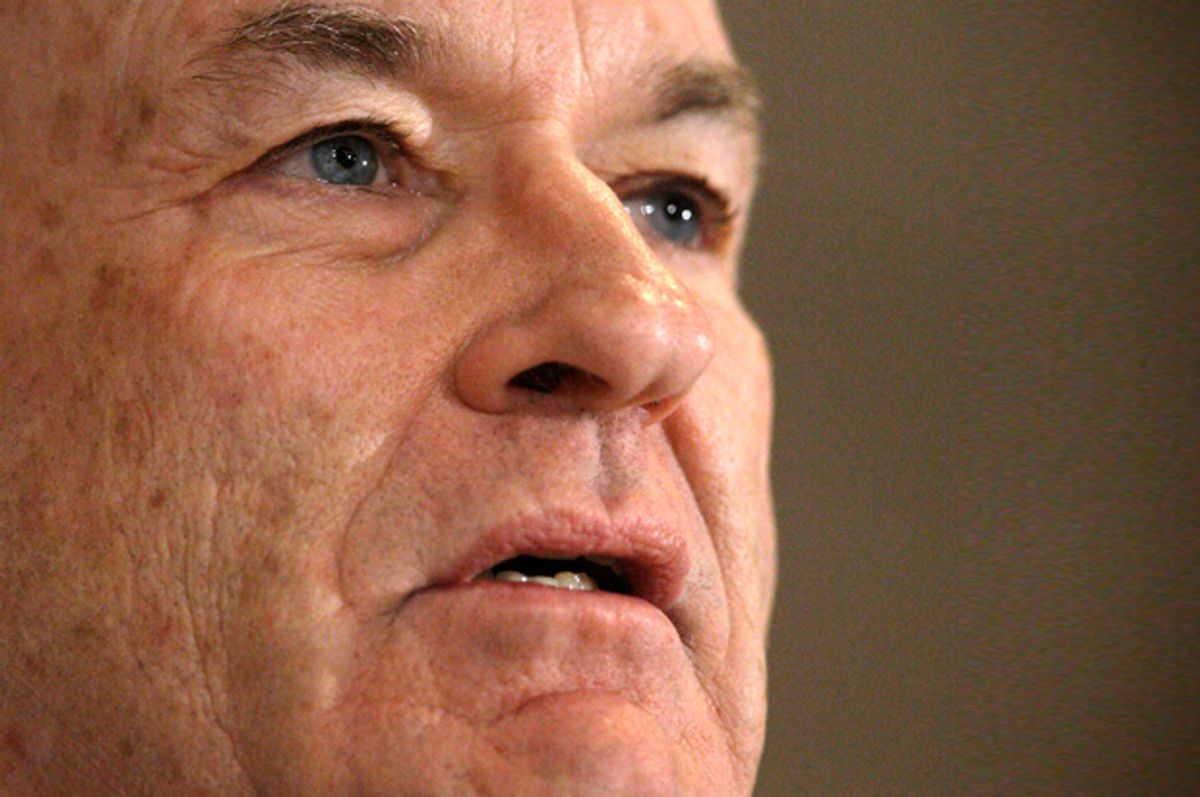 It was a moment of such stunning racism from Bill O'Reilly that even those who are well-apprised of his racist history were stunned. Donald Trump was on "The O'Reilly Factor" Monday and made a promise to reduce unemployment for African-Americans.

"How are you going to get jobs for them?" O'Reilly retorted, suddenly offended because Trump — Donald Trump — is somehow failing to be racist enough. "Many of them are ill-educated and have tattoos on their foreheads, and I hate to be generalized about it — but it’s true. If you look at all the educational statistics, how are you going to give jobs to people who aren’t qualified for jobs?”

Tattoos on their foreheads? You have to give it to O'Reilly: Not only is he familiar with all the classic racist stereotypes, but he's pretty good at making up entirely new ones. He seems to have forgotten that he and Trump were on TV and not in some wood-paneled Manhattan bar consuming their 5th order of expensive scotch, and some half-remembered incident where he saw a black person with a face tattoo (Lil Wayne, who is definitely not unemployed) came spilling out in a torrent of inchoate rage that involves assuming that this fashion choice is far more common than it actually is.

If you have been following O'Reilly career of race-baiting, this level of anger and obsession is sadly what you'd expect from the man. "The O'Reilly Factor" pretends it's a political show, but really it's more a nightly opportunity for O'Reilly to scare his elderly white audience with lurid tales about how young black people are out of control and threatening to destroy this country, mostly through the power of wearing clothes and listening to music that do not remind his audience of Pat Boone at all.

O'Reilly grew up in Levittown on Long Island, perhaps the most iconic suburb of the white flight era, a place that openly barred black people from living there. In 2014, Jon Stewart confronted O'Reilly with how his own hometown is an example of how racist systems perpetuate themselves, because white veterans like O'Reilly's father were able to get low-rate mortgages there and build a nest egg for their families, while black people were denied the same opportunities. O'Reilly was  having none of it, refusing to accept that having wealth and savings to pass on to your children might give white people an advantage over black people that last generations.

Instead, O'Reilly's preferred theory for economic disparities between black and white people is about some abstract notion of "culture", i.e. that white people have a superior culture that breeds hard work, but black culture supposedly breeds laziness and sexual degeneracy. (This, from a man who got sued for foisting his unwanted and lurid loofah fantasies on an underling.)

His bizarre reference to forehead tattoos is an example of this. It's easier for him to believe that a huge percentage of black people have forehead tattoos than accept the much better-evidenced theory that racial discrimination plays a role in economic outcomes in our society.

To bolster his argument, O'Reilly has a long habit of hammering on and on about hip-hop and R&B artists, who he treats not as performers making artistic statements but as representatives of how everyday people actually live.

Take, for instance, his long war on Beyoncé. To most people, Beyoncé is a great singer and pop star and seems like a really nice person who has it together in business and in life. But to O'Reilly and his audience of hysterical racists, she's reduced to this gross racial stereotype of a supposedly oversexed black woman.

In 2014, O'Reilly had a lengthy meltdown over Beyoncé's last record, which had a lot of songs and videos that explored the theme of love and sexual desire. (Shocking, I know. It's like it was a pop record aimed at young people.) In one notable segment of his show, O'Reilly played a clip of her video for "Drunk In Love", before railing about how girls, especially black girls, were going to see it and get this crazy idea that sex is fun.

“She knows — this woman knows — that young girls are getting pregnant in the African American community,” he railed. “Now it’s about 70 percent out of wedlock. She knows and doesn’t seem to care.”

It was a particularly telling moment because the song is quite obviously about married sex. Beyoncé has her own husband in the video! Not that married sex is more moral, but the whole debacle just perfectly illustrates how O'Reilly's freakout was about promoting a racist narrative, unimpeded by basic facts.

But even without that forehead-slapping moment (to soon be commemorated in a tattoo), it's not hard to see what O'Reilly was up to. Sexuality is a theme across all genres of music and has been to one degree or another since forever. Rock and country-western have plenty of songs about getting it on. It's only when the musicians are black that O'Reilly suddenly can't understand that music is an art form offering commentary but instead treats it like it's some kind of handbook of moral instruction for the youth of today. As if young people wouldn't feel sexual stirrings without Beyoncé telling them to.

It's not just Beyoncé. O'Reilly's obsession with scolding black musicians for supposedly "teaching" the wrong lessons  is so legendary that Apple Music put together a tongue-in-cheek playlist of rappers criticized by O'Reilly.

Similarly, Dan Ozzi of Vice put together a hilarious, must-read list in 2015 titled "A Brief History of Bill O'Reilly Knowing Dick About Hip-Hop." It features many must-watch-through-your-fingers moments like O'Reilly telling Lupe Fiasco that your "constituency are not exactly political science PhDs". (Ozzi snarks, "unlike Fox News viewers who are across the board educated doctors and learned people of science".)

In the real world, hip-hop is a musical form, an important one for sure, but hardly the end-all, be-all that explains everything that O'Reilly wants it to be. (It's also a lot more diverse than O'Reilly, who appears to think Common is a gangsta rapper, acknowledges.) But there's a reason he hammers at this nonsense all the time, and it's not just because scaring old white people living in suburban enclaves is profitable.

It's to feed his narrative that racial disparities aren't due to structural, but due to "culture" and "bad choices". It allows his audience to feel good about their white privilege, telling themselves they somehow earned it by dint of their virtuous natures, when the blunt truth is that it's easier to do well when you aren't being constantly discriminated against because of ugly stereotypes of the sort that O'Reilly dishes out on a nightly basis.

It's quite a bit like what happened to O'Reilly's Irish ancestors, who were demonized in the 19th and early 20th century as drunkards and ne'er-do-wells in order to justify trapping them in poverty and preventing them from getting decent jobs.

Sometimes O'Reilly accidentally tips his hand to what his real motivations are here, such as when Al Sharpton took him to dinner at the famous Harlem restaurant Sylvia's.

"I couldn't get over the fact that there was no difference between Sylvia's restaurant and any other restaurant in New York City," he said of the experience. "I mean, it was exactly the same, even though it's run by blacks, primarily black patronship."

But while Sharpton clearly was hoping this could be an educational experience, O'Reilly didn't learn anything from it, going right back to his nightly diatribes that assume that black people are somehow categorically different from white people when it comes to manners, morality, or knowing the difference between real life and what's in a song.