But just last January, Cruz lauded the right-wing website for breaking the "stranglehold" of the mainstream media 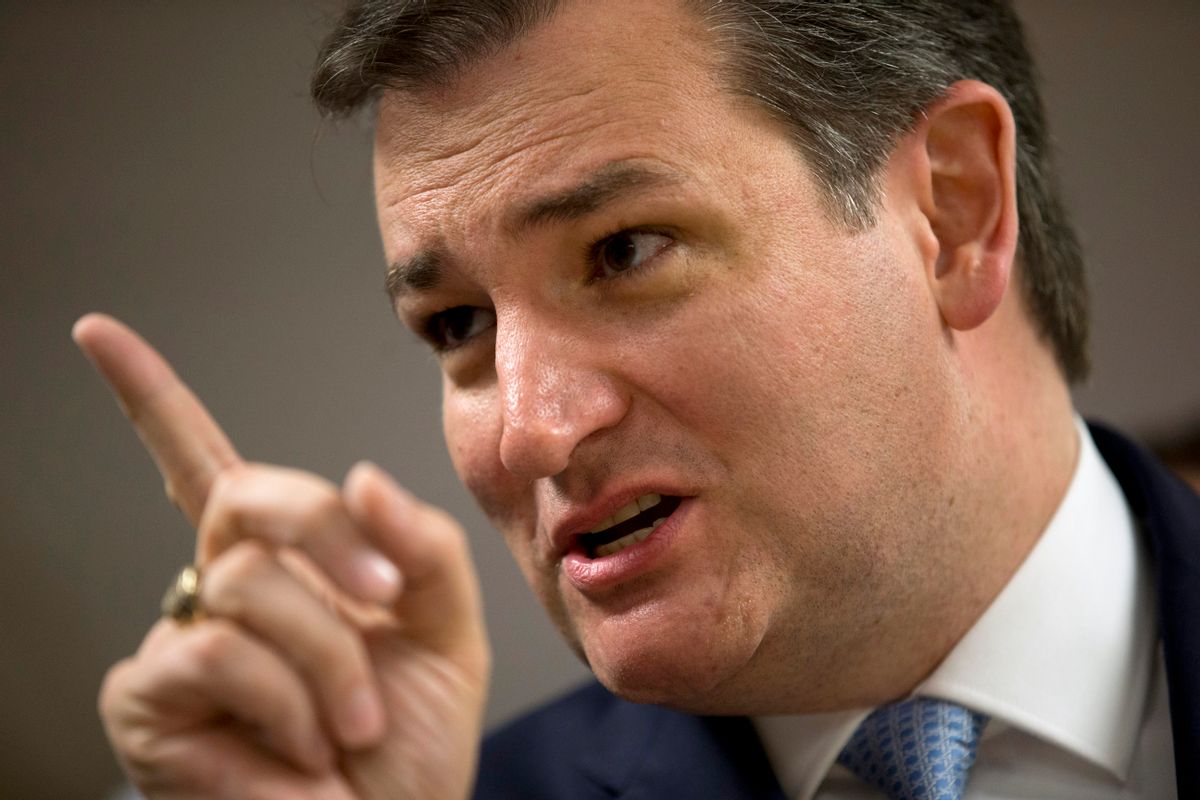 Drudge Report has gone full Breitbart and is now completely biased towards Donald Trump's presidential campaign, according to Ted Cruz.

In a radio interview Monday, the Texas Tea Party Senator lashed out at the online conservative behemoth. While campaigning in California's Orange County on Monday, Cruz sat for an interview with the Mike Slater Show and described an effort by the conservative online news aggregator to feed its millions of readers anti-Cruz and pro-Trump reports. After nearly every Republican debate, the Republican frontrunner has trumpeted his overwhelming win in the site's online poll.

After Trump opened the week with a temper tantrum over Cruz out maneuvering his campaign at Colorado's republican convention on Saturday, including his newly minted delegate wrangler telling "Meet the Press" that Cruz's campaign had resorted to "gestapo tactics" to walk away with all of the state's delegates, the Drudge Report echoed Trump's complaints. The conservative media giant has portrayed Cruz's delegate sweep in Colorado as a corrupt power grab: So, when host Mike Slater asked Cruz about Drudge's apparent "anti-Christian" reporting, citing a recent report on Drudge that said, “Pastor call for execution of gays, then introduces Ted Cruz” and a 2012 video of a group of Christian pastors laying hands on the freshman senator, Cruz agreed with the assessment that Drudge had successfully painted him as a "weirdo."

According to Cruz, starting only last month, "the Drudge Report has basically become the attack site for the Donald Trump campaign.”

"Roger Stone now decides what’s on Drudge," Cruz said, getting in a pretty good zinger. “By the way, they no longer cover news,” Cruz added of Drudge.“When we win a state, suddenly the state doesn’t matter. You know Colorado — there was no red siren on Drudge when we won all 34 delegates in Colorado.

“Most days, they have six-month-old article that is some attack on me and it’s whatever the Trump campaign is pushing that day will be the banner headline on Drudge.”

Of course, as the Drudge Report noted in response to Cruz's comments, it was only a couple of months ago when Cruz lauded the right-wing website for breaking the librul media's "stranglehold."