"Do as we say, not as we do" is apparently the operative phrase at MSNBC this morning 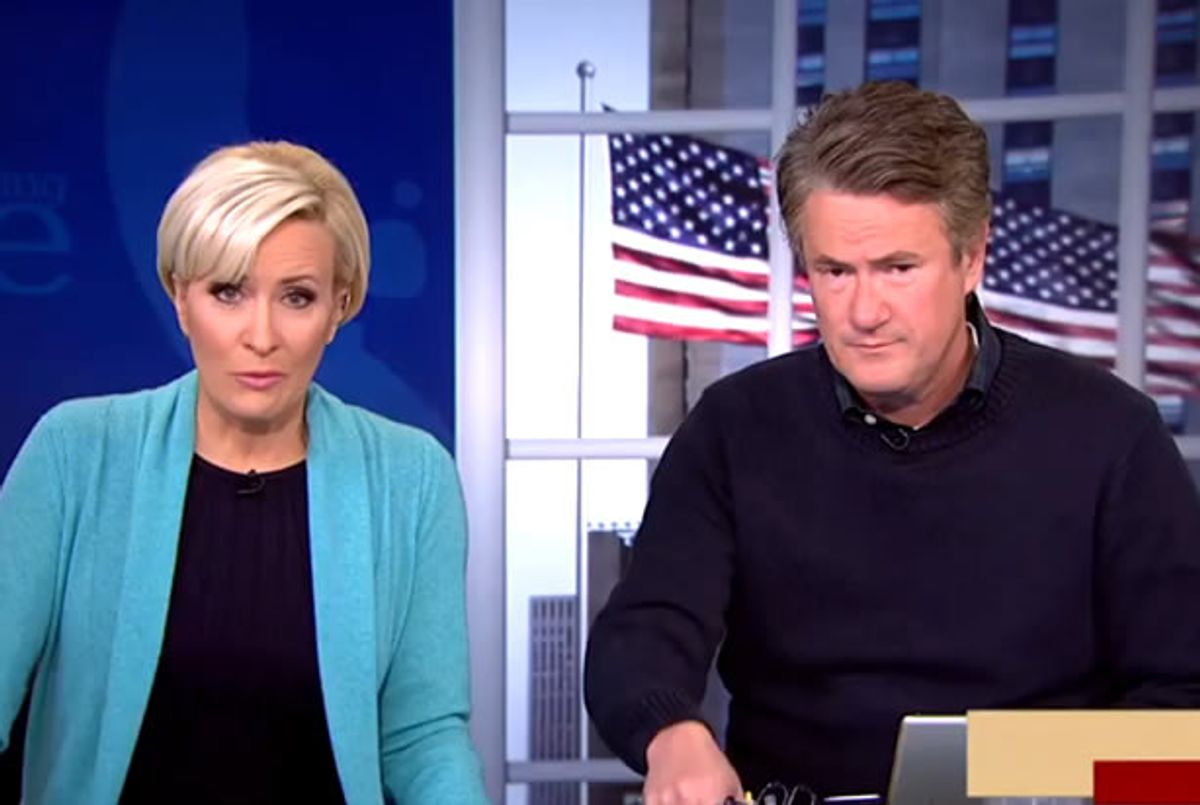 On Morning Joe Tuesday, the panelists decided that discussing the tonal quality of Hillary Clinton's voice while ignoring that of Vermont Senator Bernie Sanders is, in fact, "a gender thing" -- then spent the next five minutes discussing it anyway.

"I think when she makes an argument like that in sort of a more serious tone, it's deadly," Wallace said.

Co-host Mika Brzezinski agreed, saying "that's the power of a really good delivery -- which, as a lot of candidates have learned along the way, there are times when you put the mic closer to the mouth," presumably so that a person does not strain his or her voice. "In a huge room," she added, "you can actually talk very quietly and you're far more effective."

Wallace noted that "it's a gender thing," because "Bernie Sanders barely has a voice and he screeches, but there's never any comment. I think he sounds like he's about to lose it, but we never talk about it."

Frequent guest Mark Halperin noted that Cilnton's familiarity with New York also might be improving the tonal quality of her voice, and Wallace agreed that her "confidence" is helping her out here.

Watch the rest of the discussion the confessed the panelists confessed they shouldn't be having below via Media Matters.