"This system is so rigged": Outrage as undemocratic superdelegate system gives Clinton unfair edge over Sanders

Sanders won 8 of the 9 past primary contests by double digits, but Hillary got more delegates. Even MSNBC is angry 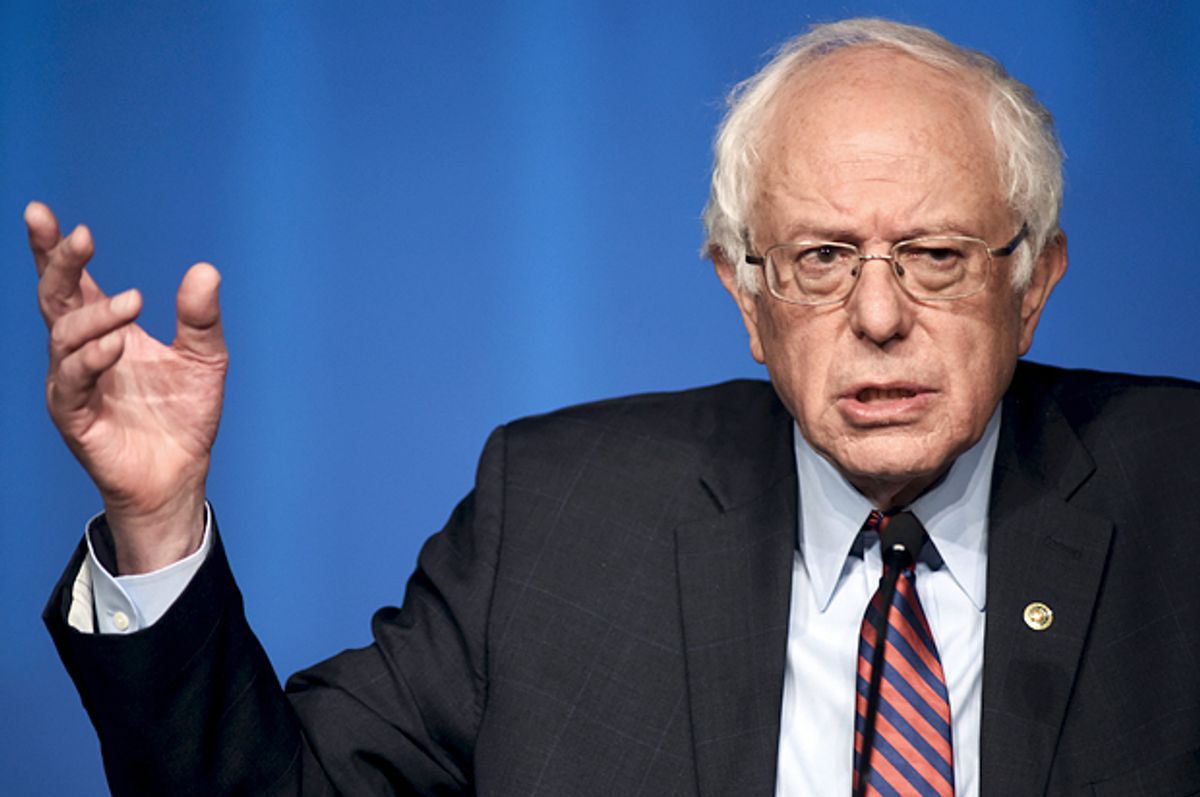 Bernie Sanders has won eight of the last nine primary contests by double digits, but Clinton still came out on top with more delegates.

This is primarily because of the Democratic Party's superdelegate system, which has come under harsh condemnation in this election for being thoroughly undemocratic.

Hundreds of unelected party elites known as superdelegates or unpledged delegates have enormous sway in the primary election.

This unelected party nobility, which overwhelmingly backs Hillary Clinton, entrenches establishment politics and can undermine the candidate democratically chosen by the party’s mass base.

Debbie Wasserman Schultz, the chair of the Democratic National Committee and a close ally of Clinton, has herself openly admitted that the superdelegate system exists to undermine grassroots democracy within the party.

In a Feb. 11 interview, CNN’s Jake Tapper asked Wasserman Schultz, “What do you tell voters who are new to the process who say this makes them feel like it’s all rigged?”

“Unpledged delegates exist really to make sure that party leaders and elected officials don’t have to be in a position where they are running against grassroots activists,” the DNC chair calmly explained, in a moment of shockingly blunt honesty.

Superdelegates can change the candidate they endorse at a later stage in the primary, and do not have to officially decide until the Democratic National Convention in July. Yet, even if Sanders gets more of the popular vote in the primary, there is still a very real possibility that the unelected party elites make Clinton the party's nominee instead.

Despite the blatantly undemocratic nature of the superdelegate system, leading media outlets have frequently lumped superdelegates into the total delegate counts in their reports on the primary, making it look like Clinton has a larger lead than she does.

In reality, Sanders has approximately 45 percent of the pledged delegate count (that is to say, of the delegates that are actually earned through votes).

The contest is quite close, but major news sources like the Associated Press have consistently included superdelegate counts in their graphs.

This misleading reporting makes it seem as though Clinton has a substantial lead, subtly propagating the debunked myth that Sanders stands no chance.

Numerous petitions have circulated online, calling for change. One, which has more than 200,000 signatures, asks superdelegates to "let everyone know that you won’t allow your vote to defeat our votes," and to "announce that in the event of a close race, you’ll align yourself with regular voters — not party elites."

"A system that is rigged in favor of the rich"

This frustration reached fever pitch on a "Morning Joe" segment on MSNBC, in which host Joe Scarborough declared that the "system is so rigged" and asked bewilderedly why Americans even bother voting.

Sanders beat Clinton with a sizeable margin in the Wyoming primary on April 9, with 56 percent of votes to Clinton's 44 percent.

But it was not just the superdelegate count that was unfair. There are 14 pledged delegates in Wyoming, meaning, given Sanders won 56 percent of the vote, if the voting system were proportional, he should have gotten at least eight delegates.

"I would not do well as a Democratic politician," Joe Scarborough said in frustration. "He wins by 12 points; he may not even pick up a single delegate. It's seven to six now, with a remaining delegate to be decided later? I'm sorry, that's a crushing victory."

“Why does the Democratic Party even have voting booths? This system is so rigged,” he declared.

"We always talk about voter turnout and how important it is to do your duty as a citizen," co-host Mika Brzezinski chimed in. "There is absolutely no reason in any of those people voted in any of those states."

"These are the rules," replied Mark Halperin, the managing editor of Bloomberg Politics and a frequent talking head in the U.S. media.

"No, that's not a good answer," Brzezinski shot back.

"It's not rigged; these are the rules," Halperin repeated.

"He won by 12 percentage points and lost the delegate count," Scarborough shouted.

"I don't think it's a good system," Halperin acknowledged, but reiterated yet again: "These are the rules."

Scarborough, like millions of Americans, refused to take it, and pushed back.

“Let's talk about the Democrats for now. Here is a party who sends their activists out and has people chattering on TV and chattering on talk radio about voter disenfranchisement if you make somebody show a picture of themselves,” Scarborough said.

"That, by definition, is voter disenfranchisement!" Scarborough exclaimed.

"It is a rigged system," he emphasized again. "I don't know why Democratic voters put up with it."

"If you say 'those are the rules,' I'm going to lunge at you," Brzezinski said when Halperin started talking again.

"It's not rigged," Halperin insisted. Yet he conceded, "It's disenfranchisement; it's not one person, one vote."

"What do you call it when voters going to the voting booth doesn't matter?" Scarborough asked.

"A messed up system," Halperin replied.

Buying votes — or, rather, superdelegates

The numbers show Scarborough is correct.

In October 2015, months before the Americans even started voting, Clinton’s campaign boasted that it had endorsements from well over 500 superdelegates.

"Lobbyists are not only staffing and financing Hillary Clinton’s presidential campaign, they’re also tipping the nomination process in her favor by serving as so-called superdelegates to the Democratic National Convention," investigative journalist Lee Fang reported in The Intercept in February.

Fang listed some of the prominent "Clinton-supporting superdelegates who simultaneously work in the lobbying industry."

As The Observer noted in February, when the Democratic National Committee overturned a ban introduced by Obama in 2008 restricting donations from federal lobbyists and super PACs, it opened the floodgates "to donations from special interests."

"The future of the party is auctioned to the highest bidder," The Observer added.

In November, Clinton had a 45-to-1 superdelegate advantage over Sanders, NPR reported.

Two months before voting even began, Clinton had 15 percent of the delegates needed to secure the Democratic Party’s nomination.

As NPR wrote, “In other words, Clinton starts with a 15 percentage point head start over Sanders.”