Only surprised it took this long 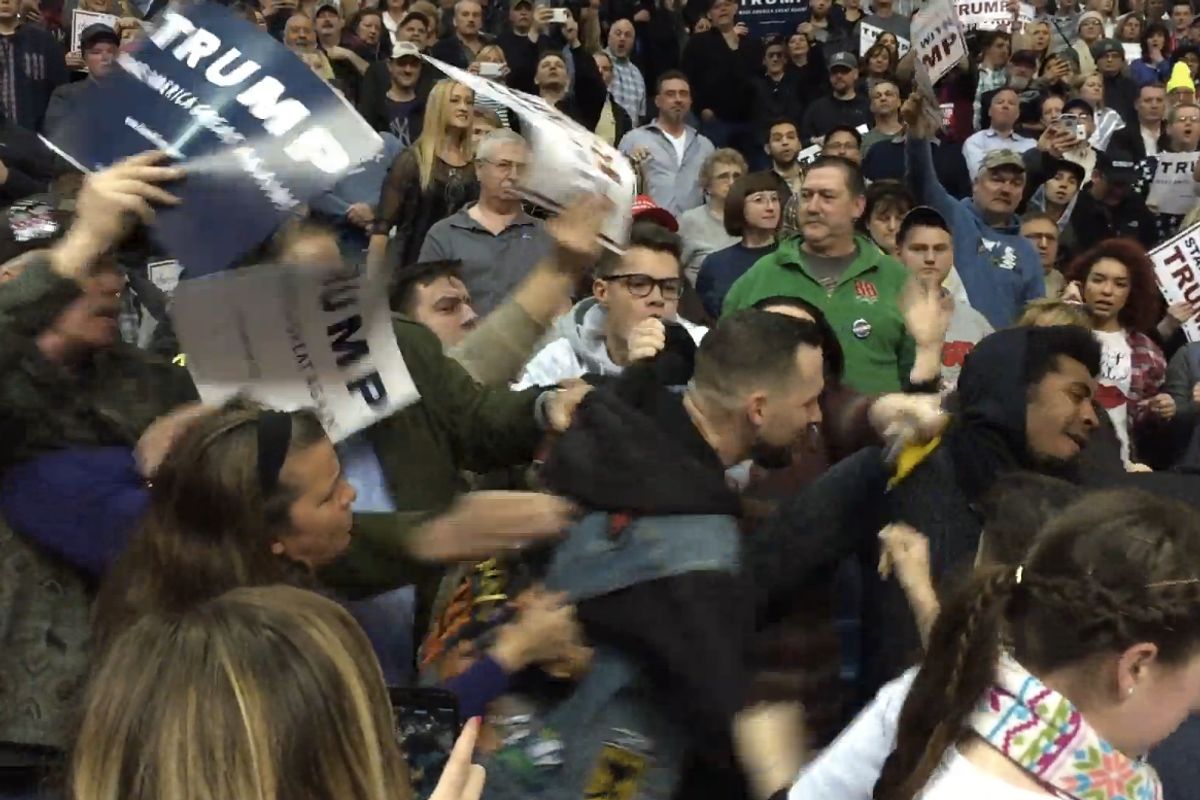 Amazingly, Donald Trump managed to return to his home state and hold a rally in Long Island, of all places, without any major incidents of violence. But that was last week. This week, Trump's moved his reckless campaign upstate to a more spacious site and unsurprisingly, violence has made its return to America's presidential campaign.

The Republican presidential frontrunner held a campaign rally for about 17,000 supporters who waited for eight hours in the cold, rain, and wind to see Trump at Albany's Times Union Center on Monday night. True to form, when protesters periodically interrupted the blustery businessman's speech, he'd call for security to "get 'em out of here," even shouting "send him back home to mom," as police escorted one protester out to a massive round of boos from the audience.

With tensions riding high in the arena, one anti-Trump protester's boos clearly aggravated the amped up Trump supporters surrounding him and as video captured by the Albany Times Union shows, it all quickly escalated to violence. A Trump supporter can be seen lunging at a black anti-Trump protester, who is booing repeatedly, to repeatedly shove him in the face. The protester is eventually pulled away by security officials:

Fight breaks out at @realDonaldTrump rally at the @TUCenter pic.twitter.com/YMZh60seGp

"Hey, I'll snatch anybody up if they yell in my face over anything," the Trump supporter who identified himself as "Mike" to NBC News said afterward. "I have my personal rights and my personal space. They're gonna start yelling about some [expletive], I'll snatch your [expletive] up. That's all," said Mike, wearing what appeared to be a t-shirt that read, "Marine Vets for McCain."

Watch the latest installment of Trump rally violence below, via the Times Union: