What the hell was NBC thinking? Glenn Beck, Ann Coulter & the legitimization of the crackpot caucus

NBC and MSNBC have started inviting some of the more noxious right-wing pundits onto their shows of late. But why? 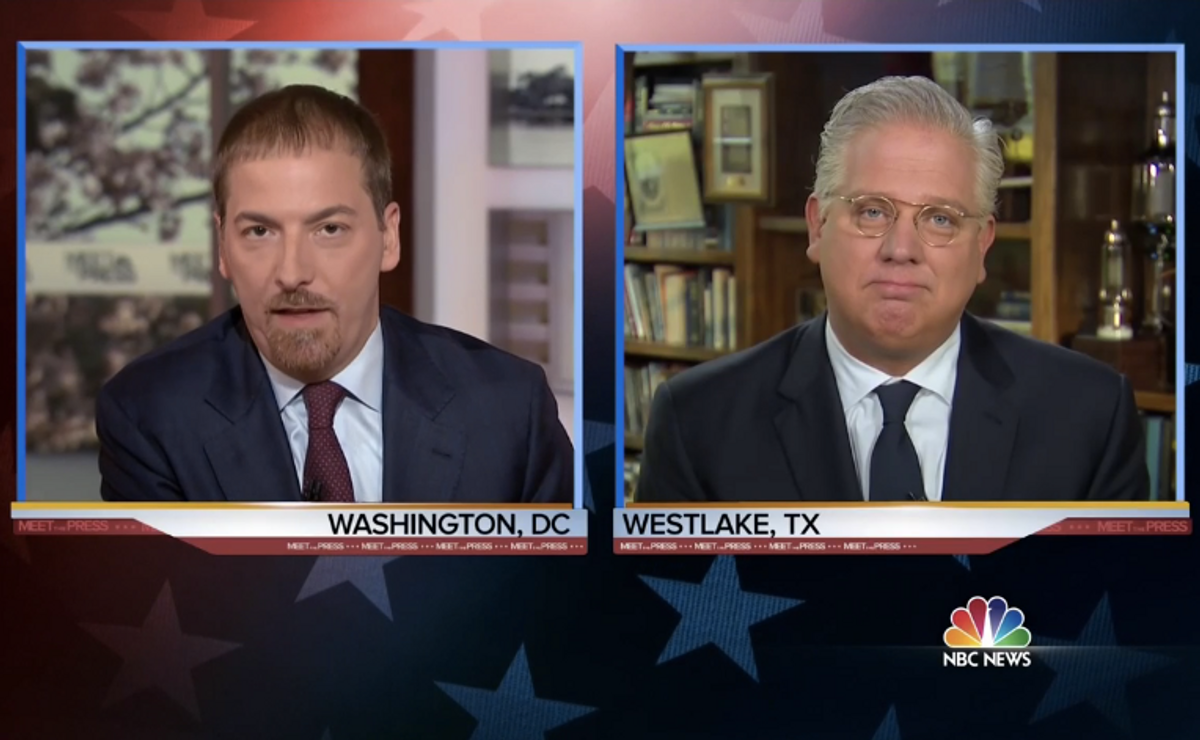 Let us stipulate a couple of obvious points right up front.

One, the name of the game in television, even for ostensibly serious news programs, is ratings, ratings, ratings. Nobody cares how sharp and informative your show is, even during the wasteland that is the networks’ schedule on Sunday mornings. If you’re not capturing the eyeballs and the advertising dollars, it does not matter how big a name you are in the journalism racket. You and/or your show will still be gone from the airwaves faster than you can say “David Gregory’s psychologist.”

Two, while there is something to the critique of the media paying too much attention to its alleged objectivity at the expense of accuracy, there is nothing inherently wrong with, say, a left-of-center news host or network bringing on a conservative for a conversation, or vice versa. Sure, there is a corporate bias towards an overly studied neutrality, which is why you won’t see Wolf Blitzer hosting representatives of the Communist Party USA or the American Freedom Party. Heck, before this election cycle Bernie Sanders was considered too far to the left to make more than the occasional token appearance on television. (Some of his fans would argue that is still the case, and by some measurements they would be right.)

With all of that said, there is no reason why the NBC/MSNBC behemoth should have booked some of the right-wing crackpots they have allowed to pollute their airwaves over the last couple of weeks. Sure, the Republican primary has been contentious, messy, fascinating and newsworthy. Sure, the GOP might be relying on the machinations of a walking puddle of motor oil who literally thinks he was chosen by God to be president in order to save themselves from Donald Trump. And who doesn’t want to talk about that?

But does that really justify a steady stream of interviews from the likes of Ann Coulter and Glenn Beck broadcast into homes where children live and people might be trying to eat dinner?

It is bad enough that we have to take Donald Trump and Ted Cruz seriously as presidential candidates in the first place, let alone as the last two men standing in the GOP primary. (John Kasich needs 150 percent of the remaining delegates to win – no, really – so he doesn’t really count.) It is depressing enough to see either one of their views getting an airing on the broadcast and cable networks, or anywhere else outside of a public access channel in Pahrump, Nevada. What possible wisdom do the networks think a clown like Beck or a cretinous charlatan like Coulter might have to add to this circus?

Yet two weeks ago, there was Coulter on “Hardball,” being interviewed by the terminally clueless Chris Matthews. She was joined on the show by Charlie Sykes, a right-wing radio host from Wisconsin who has made a career out of trafficking in noxious racial tropes. More recently, Sykes has taken up the anti-Trump cause, and there he was on "Hardball," dressed up to look respectable in a coat and tie, while he discussed Trump campaign manager Corey Lewandowski’s alleged assault on a female Breitbart reporter and, more generally, the candidate’s problems with women voters.

(The irony of a man who's spent seven years referring to Michelle Obama as “Mooch” criticizing someone else for disrespecting women has got to be one of the more head-spinning-like-Linda-Blair moments of a primary campaign that has been full of them.)

But Sykes got a pass on all of this because of Coulter, a regular “Hardball” guest who at this point is not so much a person as she is a brand. And that brand is “Unhinged sociopath who would defend Donald Trump if he ate a baby live on TV.” Here she is defending Lewandowski against the charge he manhandled Breitbart reporter Michelle Fields at a campaign rally in Florida:

COULTER: Trump is absolutely right, and it's one of the first things I noticed, that her face is placid the entire time! Even if it were a justifiable touching, like in a subway, walking into a concert, in a bar – and by the way, if that is a battery that we just saw on that screen, I've been thrown down and gang raped at bars and on the New York City subway!

Ann Coulter is nothing if not classy. Meanwhile, Sykes, whom you can hear audibly sighing while Coulter speaks, jumped in to be the great defender of women whose honor Trump has violated:

SYKES: This is a guy who on a regular basis insults and demeans women. Look, I am a conservative. I don’t want to play the victim card. But the reality is this a man who wants to be president of the United States, and on multiple occasions, his contempt for women, his bullying of women, has become an issue.

That Chris Matthews and his producers could not find a less despicable human being than Charlie Sykes to face off against Ann Coulter is a mark of shame for the show.

Then this past Sunday, “Meet the Press,” which some decades ago was a respected program for serious political discussion, let host Chuck Todd bring on Glenn Beck for some insights into what happens if the Republican Party establishment uses a brokered convention to find a candidate who is not named Donald Trump or Ted Cruz. Now, Beck has spent at least a solid decade proving to the rest of the world that he is several croutons short of a salad. As recently as last week he was suggesting to his audience that a Times Square display meant to draw attention to the dangers posed by ISIS to Syrian archaeological sites was actually a celebration of Satan, or something.

Why does he think this? Because Glenn Beck is nuts in the non-ableist sense of the word. Granted he was not on “Meet the Press” to talk about his belief that the World Heritage Organization is trying to sneak devil worship into America through a reproduction of the Temple of Baal. But he did manage to appropriate a Martin Luther King Jr. quote to call for unity in the Republican Party over a primary election and mix up the Days of Rage in Chicago in 1969 with the contentious Democratic convention in Chicago in 1968 without Chuck Todd apparently noticing.

There is no reason for Todd and “Meet the Press” to give Beck any kind of legitimacy, no matter how much NBC may think it needs to present both sides of the political spectrum to maintain neutrality and legitimacy. There are plenty of people who could go on “Meet the Press” to talk about unifying the Republican Party. (What, did someone lose John McCain’s phone number?) Likewise, there is no need to give public forums to flat-out racists and nativists like Coulter and Sykes. The fact that major networks do keep giving these people platforms makes them the electronic version of a steam grate outside a library. There is a reason why pedestrians give the people who stand on those things while shouting nonsense a wide berth.