"You're not going to sit here and make some stupid comments that ‘most black youth are ill-educated,'" Martin said 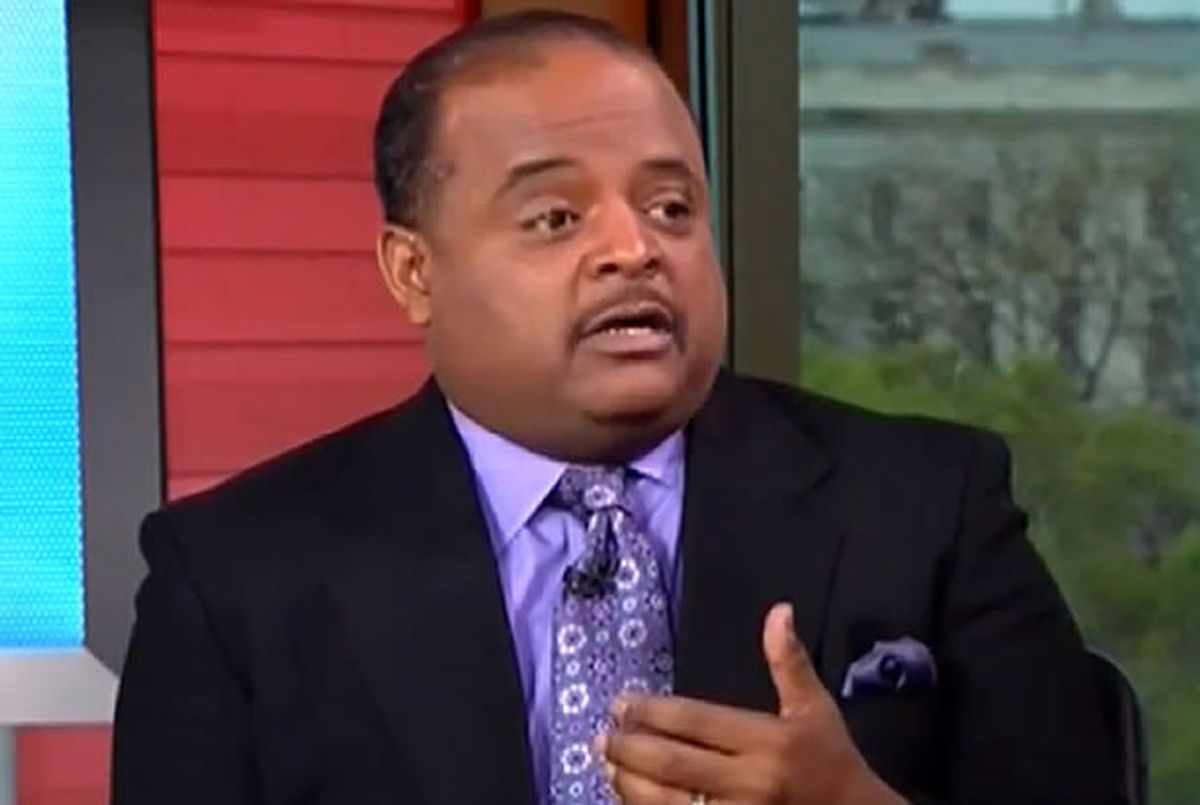 On Tuesday, NewsOne Now host Roland Martin weighed in on Bill O'Reilly's claim that African- and Latino-Americans are unemployable because "they have tattoos on their foreheads," saying that he would be willing to challenge O'Reilly to a debate "anytime, any day, anywhere."

One of the NewsOne Now panelists, Angela Rye, complained that "Donald Trump did not push back -- he allowed that foolishness to continue. If you want to be president of America, as [Obama] said president 'of all Americans,' you need to be able to push back on the stereotypes and the bigotry."

Instead, Trump allowed it "to be spewed out of this cable host's mouth."

He then challenged O'Reilly to a debate, but noted that there's little chance of that happening. "Bill is afraid of this black man," he said, but still invited him to debate "in your studio, on the street, at Sylvia's." If he really wants to have this conversation, Martin concluded, "let's roll."

Watch the entire conversation below via NewsOne Now.