Dan Auerbach loses sleep after Miller snub, Gene Simmons is throwing verbal spitballs at NWA—shut it all down 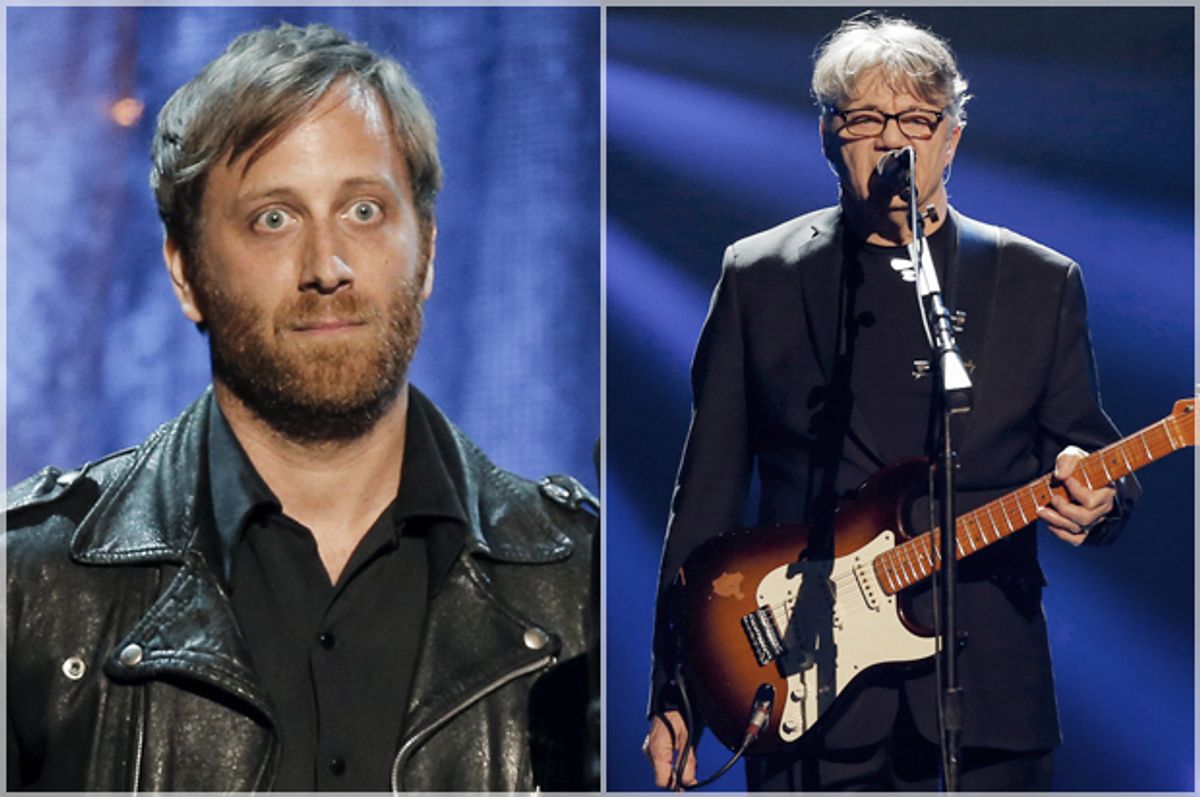 For years now, the Rock and Roll Hall of Fame has drawn criticism for a number of things -- snubbing important musicians, overlooking black artists, and not honoring enough women among them. Others have complained about a structural bias toward Baby Boomers: The most powerful figure in the selection of nominees may be Jann Wenner, founder of Rolling Stone.

There’s something odd about the hall’s very premise. Rock is a genre built on rebellion and short songs – many of them intimately connected to the moment in which they are first performed. Many of its greatest musicians and bands had brief, brilliant careers, or long ones with only a few years of heyday. Yet the Hall is about honoring the entire careers of musicians for ever and ever. All art forms create a canon somehow, and the Hall and its museum creates an economic boon for the city of Cleveland, which is hard not to feel good about. But those tensions that have been part of the Hall’s structure since the beginning looks as though they're causing the whole thing to crack. And the strangest thing about it all is that the chaos has been unleashed by someone who never really should have been part of a rock hall of fame to begin with: Steve “The Joker” Miller.

At his induction Friday he told reporters that “The whole process is unpleasant” and needs to be changed.

He was more specific in a conversation with David Browne of Rolling Stone:

Do you think about recording any new albums?

No. I don't think about it at all. There is no record business. I record a lot of things. There is no record business. There's no reason for me to spend any money producing stuff that a record company... All the people that were sitting in the front row tonight, like the guy that came from my record company, I wanted to pull him by his necktie and kick him in the nuts.

Yeah. He's made a billion dollars off my work over the last 50 years and the motherfucker just came over and introduced himself tonight. That cheery little thing. You know he won't do any contract work, he won't clean anything up, he won't get anything done.

This whole industry fucking sucks and this little get-together you guys have here is like a private boys' club and it's a bunch of jackasses and jerks and fucking gangsters and crooks who've fucking stolen everything from a fucking artist. Telling the artist to come out here and tap dance.

But it hasn’t stopped there. Dan Auerbach of the Black Keys, who inducted Miller into the hall, now says he regrets the whole thing and that he’s experienced “sleepless nights” for unleashing the wrath of the “Abacadabra” singer.

Meanwhile, Gene Simmons of Kiss and Ice Cube have been sparring over N.W.A.’s induction and the whole question of whether hip hop belongs there.

The premise of the Rock Hall of Fame -- which was founded in part by the great Atlantic Records president Ahmet Ertegun, and drew early support from Yoko Ono, Little Richard, and Chuck Berry – was that the whole rock world could be one big happy family. Induction was a way of honoring elders. All this sounds good. But at this point, the whole infrastructure seems to be breaking down, in part along generational and racial lines.

When Steve Miller is admitted to the Rock and Roll Hall of Fame, something is wrong. When Steve Miller disses the hall of fame and the music business itself, provoking cheers of support, something has busted for real. The hall will survive this, but its leadership needs to think about where it’s headed.