"Any conversation between old white guys that begins, 'Let's talk about the minorities' isn't going to end well" 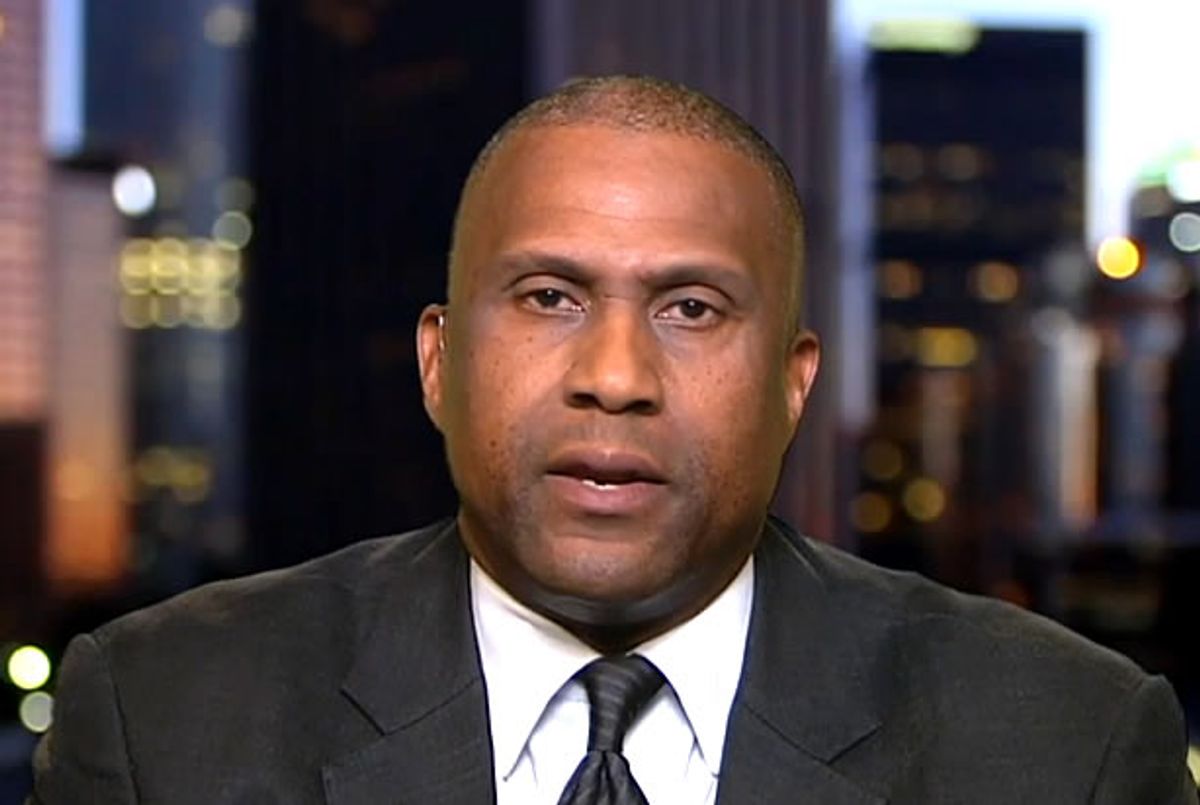 "You almost feel sorry for them, when you see that kind of white-supremacist language on display," he said of O'Reilly's comments about African- and Latino-Americans being unemployable because they "have tattoos on their foreheads."

"I just pushed them both higher up on my prayer list," he continued, "because it’s just sickening, just sad to see that they do not revel in the humanity and the dignity of all citizens, and particularly African-Americans."

O'Donnell played the clip of the introduction to that discussion on The O'Reilly Factor, in which the host said said "let's talk about the minorities."

"You should know by now," O'Donnell said, "that any discussion between old white guys that begins, 'Now for the minorities, let's talk about the minorities' isn't going to end well."

"I stand by what I said earlier," Smiley replied. "Donald Trump is a 'racial arsonist,' and more sadly, Bill O’Reilly is a race-baiter. This is the quintessential example of mainstream media coddling Donald Trump [even though] he makes these kinds of racial remarks."