The Cruz-Drudge rift: How Donald Trump has sparked battle between the right and the conservative media giant 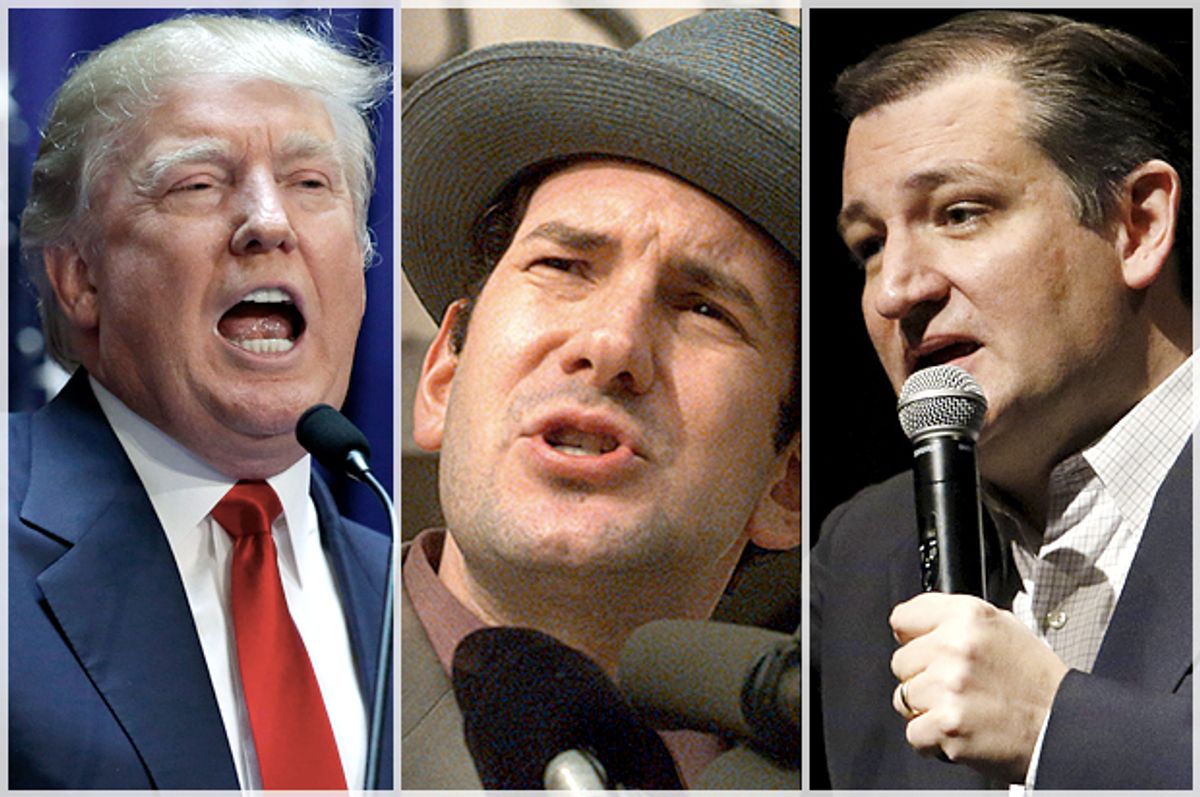 The rifts Donald Trump has torn open within the Republican Party have naturally been echoed in one of the GOP’s chief support systems: the conservative media. You can see a clear divide in the types of media outlets and personalities who support and abhor Trump – older, more established presences like National Review and the Wall Street Journal are strongly anti-Trump, while talk radio and other “new media” conservatives tend to be either pro-Trump or at least Trump-curious. And Trump has proven to be so divisive and toxic that conservatives who once considered talk-radio gas pockets like Rush Limbaugh to be important allies are now revising their opinions. The conservative media is tearing itself apart over Trump.

That brings us to Matt Drudge, who has been using his considerable media presence to boost Trump’s candidacy – a fact that isn’t too surprising, given that Trump  is a conspiracy theorist and oddball crank who specializes in racial grievance – and it’s been a source of constant heartburn for conservatives who either loathe Trump or supported his rivals. One of those rivals, Ted Cruz, gave voice to that frustration this week, calling The Drudge Report an “attack site for the Donald Trump campaign.”

Cruz’s complaint comes as Drudge has embraced Donald Trump’s suggestion that Cruz is somehow trying to “steal” the nomination by out-organizing Trump in various states to pick up additional delegates to the nominating convention. On Tuesday morning, Drudge’s website was festooned with headlines saying that Cruz’s sweep of Colorado’s delegates was illegitimate, “rigged,” theft, disenfranchisement, and “third-world tyranny.” That’s all nonsense, of course – Cruz got the sweep in Colorado because he put together a strong organization on the ground and because Trump’s people don’t actually know how to run a presidential campaign. But that doesn’t matter because, as Cruz said, “whatever the Trump campaign is pushing that day will be the banner headline on Drudge.”

This is a treacherous position for Cruz. The favor of Matt Drudge has been a sought-after commodity for Republican presidential candidates, given the breadth of his reach. And Drudge’s capriciousness has been a source of ire for non-favored candidates who gripe that Drudge helps disseminate favorable news about their rivals. For the 2012 election, Drudge was deeply in the barrel for Mitt Romney from early on partly because Romney’s campaign manager was a friend of Drudge’s, and Romney’s Republican adversaries bitterly complained that Drudge wasn’t being fair. In that same vein, Drudge’s animosity towards Cruz could present a significant media relations problem.

The upside for Cruz is that Drudge has weirdly marginalized himself by signing on with someone so toxic as Trump. In the past, conservatives could accept Drudge’s eccentricities because they understood that ultimately Drudge was on their side (or they agreed with his crazy horseshit). But the rancorous division over Trump has left large segments of the conservative media world suspicious towards Drudge and more apt to push back against damaging Drudge-fed narratives that they otherwise might let slide. They have an interest in not letting Drudge’s scummy rumor-mongering take control of a news cycle: they don’t want to see Donald Trump win the Republican nomination.

It will be interesting to see what happens if Cruz does manage to prevent Trump from reaching the critical delegate thresholds and snatches the nomination from Trump at a contested convention. Once you take Trump out of the equation, all the mistrust and animosity that’s been building up within the conservative media world towards Drudge will presumably evaporate as they all settle in for several months of mudslinging and rumor-mongering about likely Democratic nominee Hillary Clinton. Drudge will take the leading role in that campaign – he’s already gotten a head start, having floated several theories about Hiillary’s poor physical and mental health. When that happens, Ted Cruz and all the other conservatives who are currently griping about Drudge’s corruptibility and lack of principle will rediscover how easy it is to give Matt Drudge the benefit of the doubt.