The Donald Trump of newspapers just endorsed Donald Trump for president: Behold the most embarrassing editorial of 2016

The New York Observer was once a celebrated paper. Now it's owned by Trump's son-in-law and thoroughly a disaster 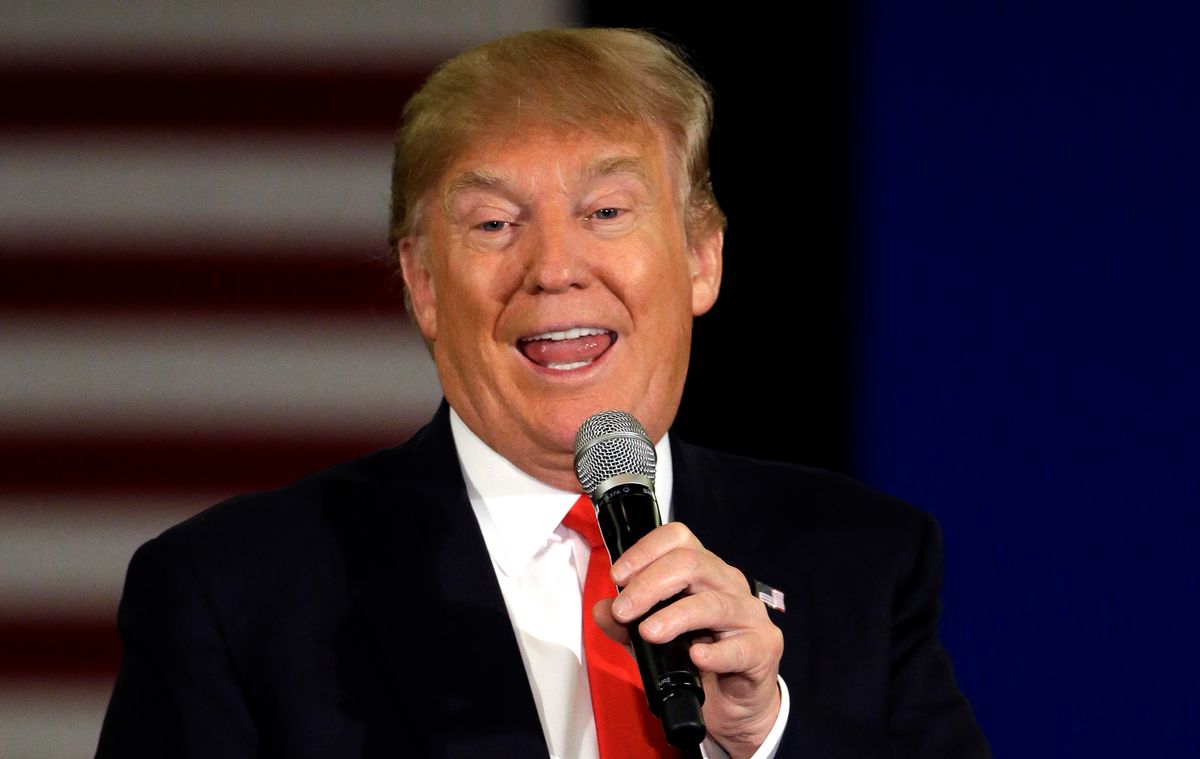 Donald Trump hasn't found it easy to win the endorsements of America's newspapers, but, just ahead of the New York primary, he received the full-throated backing of the New York Observer, which hailed him as the only candidate who could "attract new voters to the tent and shine fresh perspective on issues that badly need attention."

Wow! Lucky break, right? Well, not really, because the New York Observer just happens to be owned by Jared Kushner, a youthful real estate magnate who, by sheer coincidence, is also Donald Trump's son-in-law—and because the endorsement is only the weirdest, most decadent example of the way that the Observer has corrupted itself time and again during the 2016 race.

Before we get to that longer history, though, we've got to read a bit of this editorial, because it is just unreal. The first paragraph—where the paper acknowledges its familial ties to Trump—is good, but it's in the second paragraph that things really get cooking:

Explaining the phenomenon that is propelling the Trump candidacy is easy, despite the nattering of the cognoscenti—the media elite, the professional political class and the people largely insulated or directly benefitting from the failures of the last seven years. Their opinions have become increasingly irrelevant. For in the 10 months since Mr. Trump’s campaign announcement, their “insights” have been uniformly wrong and their influence has dwindled.

Where to begin? This is a particularly acute example of something that happens all the time in the media, wherein very wealthy, very elite people somehow pretend like they're speaking for the common folk. But the fact that the Observer is the outlet doing this is so surreal it practically sends the piece spiraling into an alternate dimension. This is a publication whose sole aim for its entire existence has been to obsessively, lovingly and knowingly chronicle "the nattering of the cognoscenti—the media elite, the professional political class and the people largely insulated or directly benefitting from the failures of the last seven years." As Jack Shafer wrote when Kushner bought the Observer in 2006, "Among the secrets to the paper's success has been its voluminous and knowledgeable coverage of the press, New York power and politics, and real estate." (It also used to cover Trump quite critically.) All of a sudden, the Observer is acting like it's the paper beloved by all the working stiffs out there who have been betrayed by the 1 percent. The mind reels, but support for Donald Trump often goes with a complete abandonment of all intellectual and historical coherence, so you get what you get.

A lot of the editorial is like that. The piece combines repeated, random, crabby swipes at the perfidy of the media with swooning tributes to Trump that unsuccessfully attempt to mask just how weak a case the Observer is actually making. (At one point, the editors actually say he should be president because he built "great skyscrapers and gem-like skating rinks." A resumé from the gods!) The editorial also keeps using Trump's "make America great again slogan" in deeply unironic fashion.

So, it's a mess. But it's more than that. It's the zenith of this curious tale of journalistic sin that's been playing out at the Observer ever since the 2016 campaign started. The paper first said that it would basically leave Trump alone, because it couldn't cover him without some conflict. Fair enough. It has moved very, very far from that stance. In fact, editor Ken Kurson even helped Trump write one of his campaign speeches—a crime of journalistic ethics that was so blatant that the paper's political editor had to publicly scold Kurson and promise it wouldn't happen again. Another, less compromised outlet would have fired Kurson on the spot, but the Observer has decided that it's not that sort of place.

You have to feel bad for the Observer staffers just trying to do their jobs while their bosses burn the paper's integrity to the ground. At least one, national political reporter Ross Barkan, resigned the day after the editorial appeared, though it's not clear whether the two events were connected in any way. With any luck, more people will follow him out the door. Ken Kurson and Jared Kushner should be left to edit the paper all by themselves.