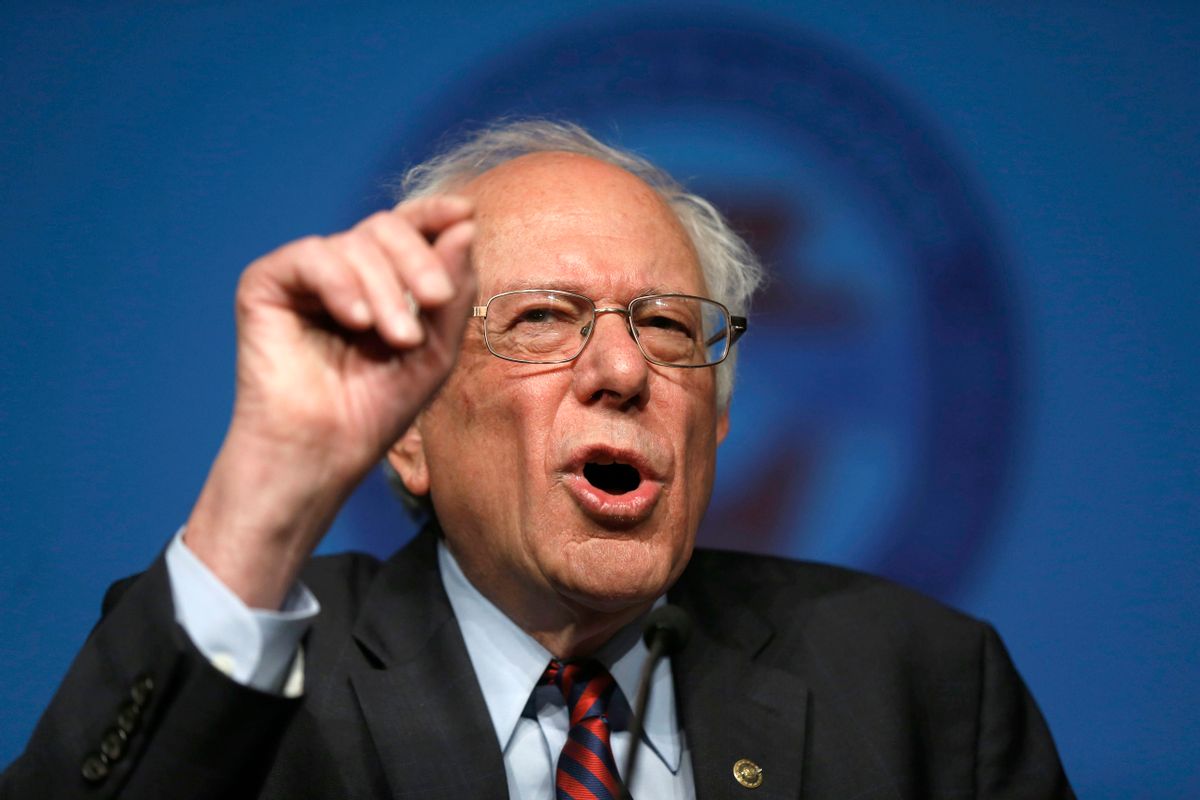 In a recent editorial published by The Hill, former New Hampshire Governor and Senator Judd Gregg provides an example of exactly the type of McCarthyist screed one should expect to become more frequent if Sen. Bernie Sanders (D-VT) — a self-proclaimed “democratic socialist” — manages to get the Democratic nomination for president. Gregg, who endorsed Governor John Kasich (R-OH) for president and currently works as a Wall Street lobbyist, writes an article so full of misinformation, you have to wonder whether he is knowingly being deceptive or his brain ceases to function properly whenever he hears the word "socialism."

Although Sanders has been very clear over the past ten or so months that he is a democratic socialist who believes in policies similar to those found in the social democracies of Western Europe, Gregg presents him as a full blown communist who is calling for the abolition of private property and a “fundamental break” from the “market-based economic system.”

“Socialism is one of those ideas that has great theoretical attractiveness but a record of massive practical failure,” writes the former governor. “The devastation — not just economic but also in terms of human suffering — that has been wrought in the name of the greater good of a socialist system is staggering. When so many young people express so much enthusiasm for the idea of socialism and want to try it again, you have to wonder if they have ever been taught the history of the twentieth century.”

Millennials were the first generation raised after the Cold War, so it is not surprising that the word "socialism" doesn’t trigger the same knee-jerk reaction that it does for some older Americans who grew up immersed in anti-socialist propaganda. The problem here is not that young people don’t know about the Soviet Union or Maoist China, but that Mr. Gregg doesn’t seem to know very much about political ideology. Bernie Sanders does not plan on eliminating the market or nationalizing the entire economy. (He’s been pretty clear on that.) He does, however, plan on going after executives at a bank like Goldman Sachs, which admitted to fraudulent wrongdoing this week in a settlement with the federal government. (The bank will pay about $5 billion in fines — though tax breaks will save it more than one billion.) When scrutinized objectively, it is clear that Sanders’ democratic socialist ideology is a lot closer to the philosophy of Franklin D. Roosevelt than Vladimir Lenin.

It is ironic, then, when Gregg refers to how Roosevelt “bounced socialists, who were extremely active in Depression-era politics, from his administration.” (He may be hinting to Roosevelt’s second Vice President Henry Wallace, who was labeled a communist by Republicans and replaced with Harry Truman at the 1944 Democratic convention after conservative Democrats rebelled.) Gregg seems convinced that Roosevelt wouldn’t stand for a democratic socialist like Sanders in his party. But one could just as easily point to the fact that FDR was labeled a socialist and even a communist during his presidency. When Roosevelt was signing New Deal legislation like Social Security, the Wagner Act, and Glass-Steagall, Republican politicians were convinced he was a socialist, and one even called him the “first communistic president of the United States.”

As Sanders said in his speech on democratic socialism in November,

“Roosevelt implemented a series of programs that put millions of people back to work, took them out of poverty, and restored our faith in government...[And] almost everything he proposed, almost every program, every idea, was called ’socialist.”

Not satisfied with conflating democratic socialism and 20th century communism, Gregg goes so far as to mention National Socialism -- a.k.a. Nazism -- just to prove how horrible socialism really is. (What a terrible insult to the German socialists and communists who resisted Nazism as bourgeois parties passively stood by.) Gregg’s argument seems to come down to semantics: Anything with the word socialism in it must be awful, because the Nazis were National “socialists” and communist governments identified as “socialist.”

“Country after country,” concludes the governor, “where the demagogues of class warfare and 'something for nothing' economics have sold their bill of goods to a frustrated electorate, has seen not only a drop in its standard of living, but in many instances peoples’ freedoms and lives destroyed.”

Of course, after the “demagogue of class warfare” known as FDR introduced his “socialistic” policies, millions of working people were lifted out of poverty and the American middle class flourished. In the social democracies of Europe, socialist policies went even further — in healthcare, for example, where countries like the UK and France rank better today (and, critically, are more affordable) than America’s private system.

That Bernie Sanders is considered “radical” today shows how far American politics have drifted to the right. Gregg portrays Sanders as an outsider who is leading a departure from a long Democratic tradition, but he has it backwards. The departure happened towards the end of the 20th century, when third-way Democrats rejected the social democratic ideals that were introduced under FDR, and capitulated to the extreme right. Sanders is promoting the values that Roosevelt laid out in his “Second Bill of Rights” address — the idea that “true individual freedom cannot exist without economic security and independence.” He may call himself a democratic socialist, but he is as close to being a New Deal liberal as any of his Democratic colleagues.