"Both compare America to some fictitious utopia that if pursued, becomes a place without hope or toilet paper" 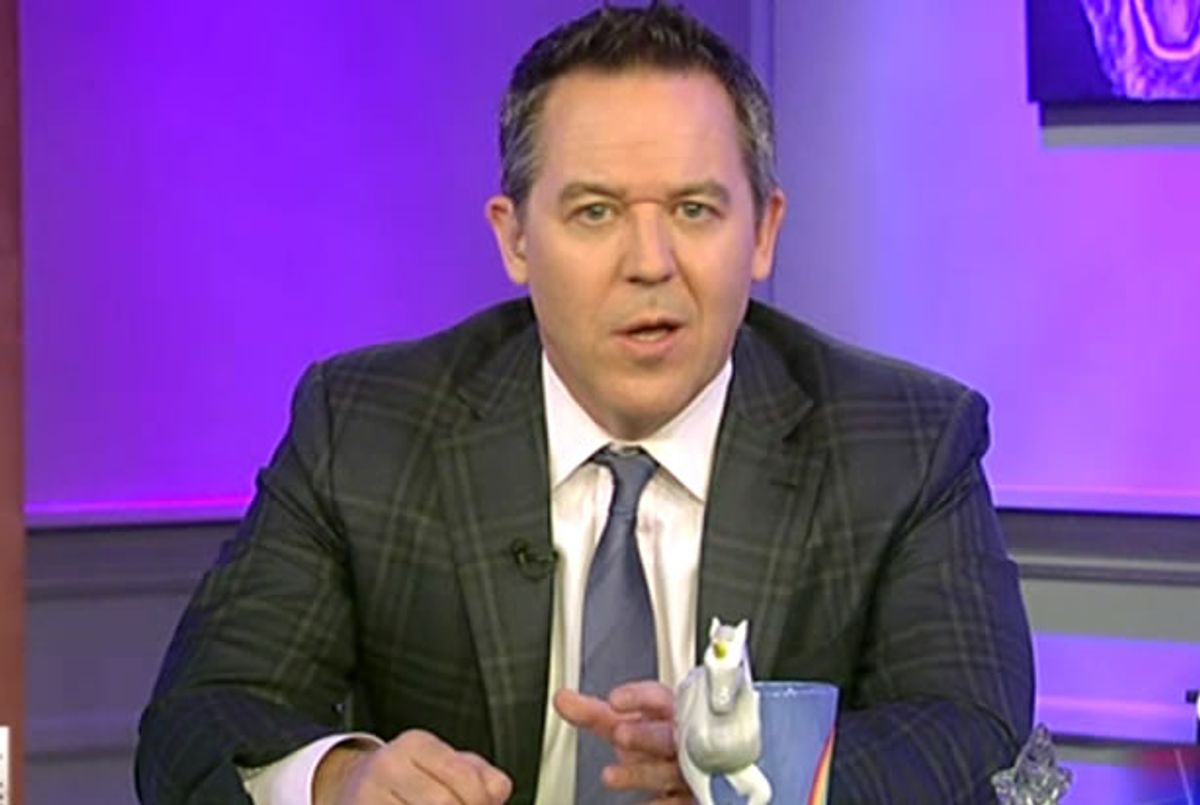 Reacting to news that leaders of Occupy Wall Street were regrouping in order to support Bernie Sanders' bid to win the New York Democratic primary next week, The Five's Greg Gutfeld argued that this should have been expected, as the pair are "a perfect match."

"Well, they're getting the band back together," Gutfeld began. "I'm speaking of that soiled diaper, Occupy Wall Street." He complained that "the movement -- and yes, it was a movement in more ways than one," was re-forming in order to support Sanders, but noted that to his mind, it's only appropriate. (Yes — that’s what passes for humor on Fox News.)

Both, he said, "spent decades living in a world untethered to reality or history," and both "compare America to some fictitious utopia that if pursued becomes Venezuela, a place without hope or toilet paper." (Again -- that's what passes for humor on Fox News.)

"Neither Occupy Wall Street nor Sanders make anything," Gutfeld continued, "so they don't understand that wealth isn't spread by government, but traded by those who create it."

He suspects that "the media" -- of which he himself is not a part, obviously -- will treat the new Occupy the same way it did the old, with "no vetting, no hard questions -- resulting in a socialist [utopia], with no idea how to fight terror or debt." Before you ask -- we're not sure how he got there from here, either.

Watch the entire segment from The Five below via Fox News.