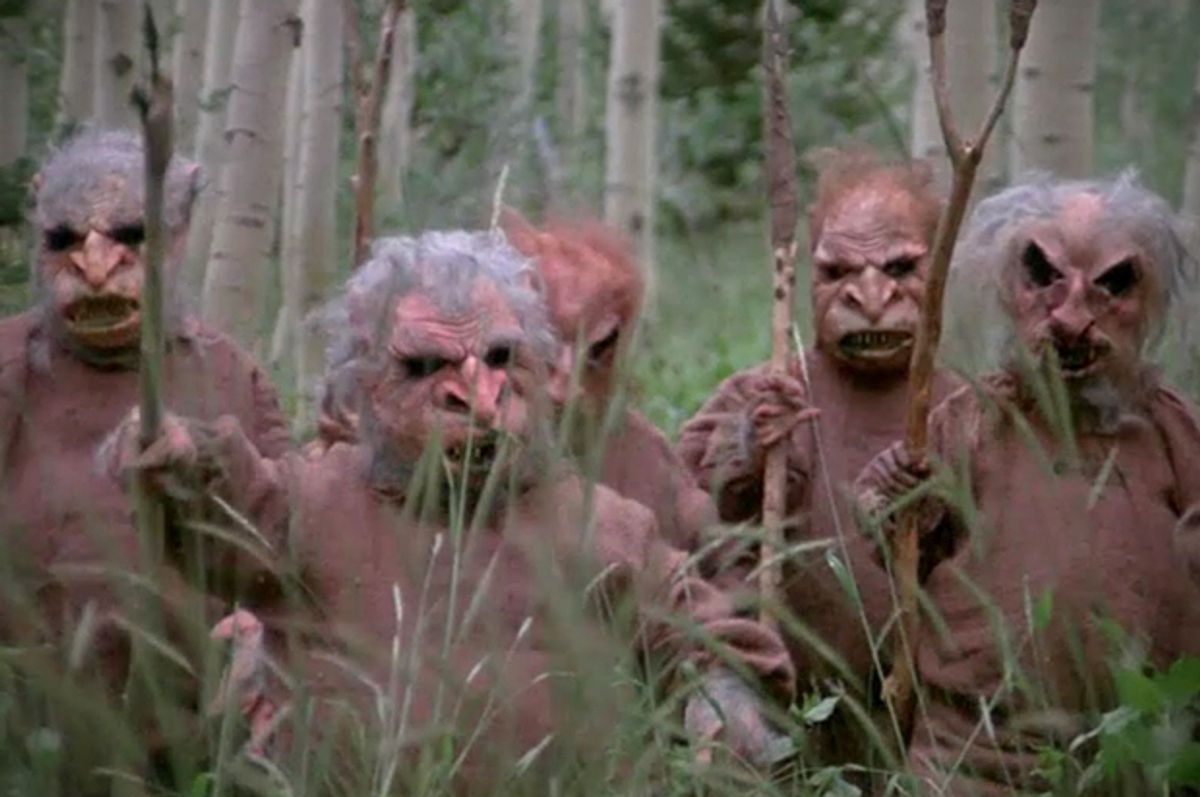 Last week, as part of STD Awareness Month, four friends, Kayla Axelrod, Ella Dawson, Britni de la Cretaz and Lachrista Greco, who met because they all have some form of herpes, started the Twitter hashtag #ShoutYourStatus as a way to show solidarity and lessen the stigma associated with having an STI (sexually transmitted infection). “We took a cue from the #ShoutYourAbortion folks. We felt like if people could dismantle abortion stigma by sharing their stories, we wanted to try the same tactic for STI+ people. The #ShoutYourStatus hashtag is a place for STI+ people to share their status as a way to humanize something that so many people have, and to not feel ashamed,” de la Cretaz told Salon.

Posters shared both how they’d contracted various STIs, the impact it’s had on their lives and offered support to others who either know they have an STI or may find that out someday:

Not surprisingly, conservative trolls quickly jumped on the hashtag to mock its users, call them “whores” and damn anyone who’s ever contracted an STI:

The responses got so vicious that Axelrod and Dawson locked their Twitter accounts (Dawson has since unlocked hers).

Conservative media has had a field day with the hashtag, with World Net Daily writing “there are times when, via drug transfusion or due to a wayward spouse, innocent people can, and do, become infected with STDs through no fault of their own. Still, the vast majority of infections occur as the natural outcome of bad choices – of sin.” NewsBusters accused the hashtag’s creators of having a “strange pride” in being STI positive, which they say couldn’t be farther from the truth.

Dawson, who’s written extensively on her blog and elsewhere about having herpes, told Salon she “wanted to change the conversation during STD awareness month to not just focus on STD prevention, but to include the millions of people who already live with STDs. There is nothing to be gained in telling us that STIs are serious—we know. Our hashtag is to humanize the people who have STIs, not provide good press for STIs. And we absolutely do not advocate for the spread of STIs. Lessening the stigma and judgment associated with STIs makes it safer for STI+ people to disclose their status to their partners and take the necessary precautions to prevent transmission.”

She said that talking and writing about her experience with herpes has helped her make peace with it, a process that didn’t happen overnight. “I knew on a rational level that having an STI didn't reflect my character, but I initially felt a lot of shame about contracting herpes. It didn't matter that I'd been using condoms and regularly getting tested, I still felt gross. It felt like failure. As time has gone on, my confidence has caught up with my mind, which knows how common herpes is and how little it says about who I am as a person.”

Dawson clarified that she’s not “proud” of having herpes but is intent on sharing with the world the reality of living with herpes. “There's a difference between being proud of something and refusing to be ashamed of it. I am not proud of having herpes. It's a biological fact, not an accomplishment. That would be like being proud of having allergies. I am proud that I love myself despite a world that tells me I'm trash on a daily basis because I have herpes. I'm celebrating that I survived an abusive relationship where my STI was used as a justification for treating me terribly.”

Greco wants to combat the negative and dehumanizing stereotypes that, as the above tweets show, are still prominent. “We need to destroy the narrative that having an STI equals ‘dirty.’ People are not dirty,” she said. “STIs can happen to anyone, whether you have sex once or several times, whether you're monogamous or not.” Greco, who contracted herpes from an ex who cheated on and assaulted her, said that learning more about it helped her come to terms with it. “I was upset when I was diagnosed, but after I realized how common it is, I felt fine about it. To be honest, the most traumatizing thing was the way in which I got it.”

As for the claim that they’re making light of the topic, Greco insists that their main goal is fostering education and community. “We are trying to debunk hurtful and harmful myths about STIs and the people who have them. We're not downplaying them. We're not minimizing them,” Greco explained. “We don't want people to feel ashamed. There are so many individuals who don't get tested, because they're too afraid, or they get diagnosed with something like herpes or HPV and then feel suicidal. We want people to know that it's really not the end of the world.”

All four women agreed that while STI prevention is important, so is making sure those who do have STIs know they aren’t alone. “With the CDC confirming that most sexually active adults will contract HPV in their lifetime and the World Health Organization finding that 2 out of 3 people worldwide have HSV-1, we know that statistically, more people are likely to have STIs than not. But still, no one talks about it,” de la Cretaz revealed.

She wants to make sure those people know that “generally, STIs are not a death sentence. What's most dangerous is when people are living with one unknowingly. They're most likely to transmit to a partner,” de la Cretaz said. “Those of us who get tested and know our positive status are most likely to be responsible partners who seek full, informed consent from anyone before sexual activity. We spend a lot of time learning how not to contract an STI, without ever facing the reality that, even if you do everything right, you still are very likely to get one. There are plenty of us living happy, fulfilling lives with STIs. That narrative is important; what do you do once you get an STI? Your life isn't over, you are lovable and worthy of love, and you deserve to know it.”

The hashtag is an extension of their desire to advance the conversation from simply should you get tested or not, to tackling the everyday concerns about what it’s like to deal with an STI. To that end, de la Cretaz has previously written about what it’s like dealing with herpes while pregnant and how it’s improved her relationship with her now-husband, neither of which are commonly heard perspectives.

All four women also said the consequences women with STIs face is higher than that for men. “The stigma women face for having an STI is definitely heavier than our male counterparts face. I feel this is because it's normal for men to have sex, but society does not want to hear about women having sex, exploring themselves and their sexual desires, or even being prideful about their bodies,” said Axelrod.

The demonization of people with STIs that’s played out on Twitter is atrocious, and shows an astounding lack of empathy. The CDC has a slogan they’re using for STD Awareness Month: “Talk. Test. Treat.” These women are talking, and in the process, making space for those who very likely at some point in their lifetime absorbed some of the same disturbing messages the trolls are spouting.

Despite the trolls, they believe the hashtag, which is still generating new Tweets, has been worthwhile. “Multiple people disclosed their STI status in public for the first time. Helping that happen feels like success to me. A single tweet can be life-changing for someone still struggling with shame and self-doubt,” said Dawson.