It's difficult to tell who spoke the words quoted above, isn't it? 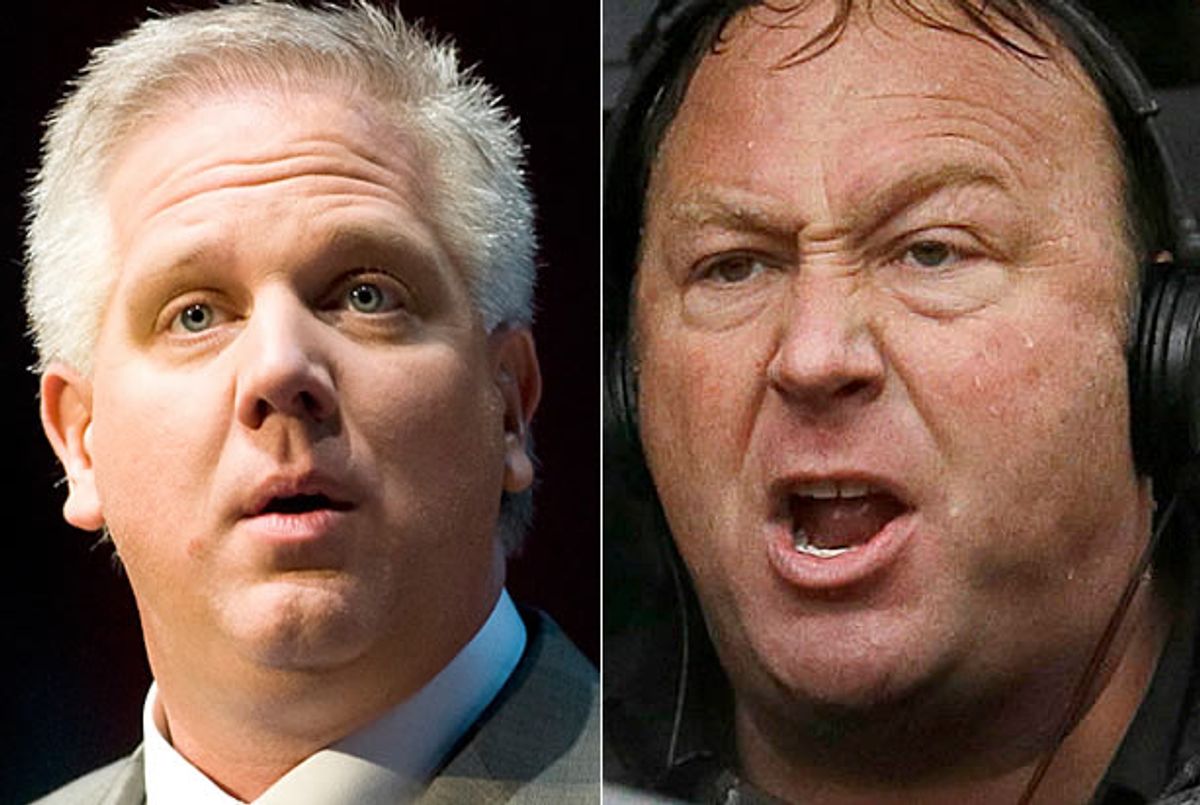 As noted by Brian Tashman at Right Wing Watch, the feud between conspiracy theorists Alex Jones and Glenn Beck has reached full chortle, with the pair throwing down over what Jones believes is a disagreement about -- wait for it -- aspartame.

According to Jones, Beck is a "false prophet whose messiah is Ted Cruz," a "cynical, twisted weirdo" who "will end up destroying himself, [because] he is an egomaniac, super-narcissist, probably psychotic, in my view, and he’s insane and wants to be a cult leader."

Strong words -- but of course, Jones had more. "Moses has returned," he said, "you didn't know? The two prophets of Revelation, it’s Ted Cruz and Glenn Beck, you didn’t know? He says it’s a 'priesthood' he’s starting. Oh really?"

Jones then complained that Beck is merely "synthetic Alex Jones," claiming he was told "by the executives [that Beck] -- he's an actor -- [was ordered to] watch weeks of my videos and shows, [and] ‘Take this and mix it with Oprah.’ That’s what I was told by the executives that used to run his operation. He’s a mixture of Oprah Winfrey and Alex Jones, all in a big, weird doughy body."

While all this animus is admittedly amusing, the best part is what started the contretemps, at least according to Jones. "Aspartame admittedly makes you go blind," he said, "it's in Diet Coke and thousands of other products -- it's been proven, it turns into wood alcohol. Beck said he was going blind, and I wrote a story with medical links in it, and sent it to Beck and Drudge, and [Matt] Drudge linked to under a story about Beck going blind."

"Glenn Beck made fun of it on air," Jones continued, "and said we were 'idiots' the next day. That's the type of cynical, twisted, weirdo that we're dealing with here."

Watch Alex Jones break down the breakdown below via Right Wing Watch.