“Bill Nye is as much a scientist as I am": Sarah Palin's latest delusion is dangerous 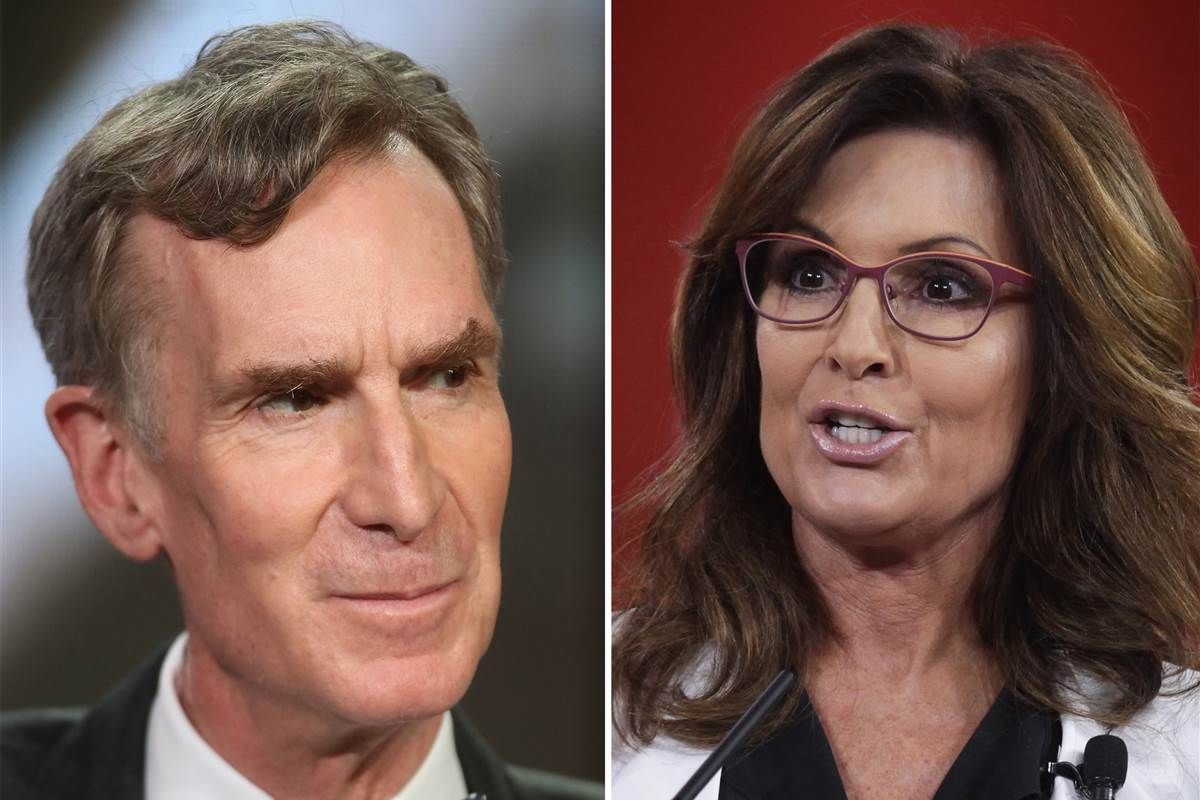 If you haven't heard by now, President Obama is moonlighting as a television host this week, presenting five segments for the Science Channel's "Science Presents DNews" in an effort to promote his final White House Science Fair.

And in an apparent protest against all of the fact-based fun coming out of Washington, D.C. this week, repeat political failure Sarah Palin has traveled to the district to provide her keen insights on science.

Attending a premiere for a climate denialism film on Capitol Hill hosted by the Republican Chairman of the House Science, Space and Technology Committee on Thursday, Palin lashed out at the scientific community for its near unanimous consensus on climate change. Palin particularly took issue with one of America's most recognizable "scientists," Bill Nye, who is interviewed in the film.

“Bill Nye is as much as scientist as I am,” the former governor of Alaska told the crowd, blasting the man made famous by his show "Bill Nye the Science Guy."

“He’s a kids’ show actor; he’s not a scientist," Palin pointed out, before accusing Nye of using his position of authority to harm children by teaching them that climate change is real and man-made.

Of course, Palin is no scientist, and while she may technically be correct that Nye isn't a scientist either, as the Huffington Post's Paige Lavender points out, "before he was known as 'The Science Guy,' Nye worked as an engineer — a job firmly rooted in science — at Boeing."

Still, Palin insisted that parents not allow their children to be indoctrinated by fact-based scientific research, urging them to “ask those questions and not just believe what Bill Nye the Science Guy is trying to tell” them.

Nye, who has been outspoken on the devastating impact of climate change, is a threat to Palin's preference of head-in-the-sand denialism and while Palin blathering about isn't a danger to anyone, that she was given a platform by the highest ranking Republican overseeing issues of science in the House is a dangerous indication of how anti-science the Republican Party has become.

On the Senate side, things weren't much better on Thursday for science and the Republican Party either. The Huffington Post reports that a group of demonized researchers came to the Hill to put on a science fair, of sorts, to justify their research to Republicans who had not only targeted their work for defunding but also held it up as an egregious example of government waste:

In the Russell Senate Office building, a veritable all-star lineup of maligned researchers gathered. Their work would be familiar to anyone who has read the“wastebook” put together by Sen. Jeff Flake (R-Ariz.) or has watched Rep. Lamar Smith (R-Texas) lead a House Science Committee hearing: In the back corner was that guy who watched shrimp run on treadmills; off to the side was the woman who pondered why fat girls can’t get dates; in the middle of the room was the person who studied cows in China; near the bar was the man who sent text messages to drunk people; and in the back was the scientist who started a fight club for shrimp (it’s always those damn shrimp!).

These researchers had come to Capitol Hill to make the case that their congressional tormentors had gotten their work profoundly wrong. Far from being taxpayer-funded jesters in the world of science, they were doing work of merit and promise. And while they had the resumes and wherewithal to withstand the scrutiny, their worry was that future scientists — the ones hanging out with Obama — would look at the crucible and decide to stay far, far away.