The banks "have been proven to be fraudulent organizations that are a danger to our economy," Sanders said 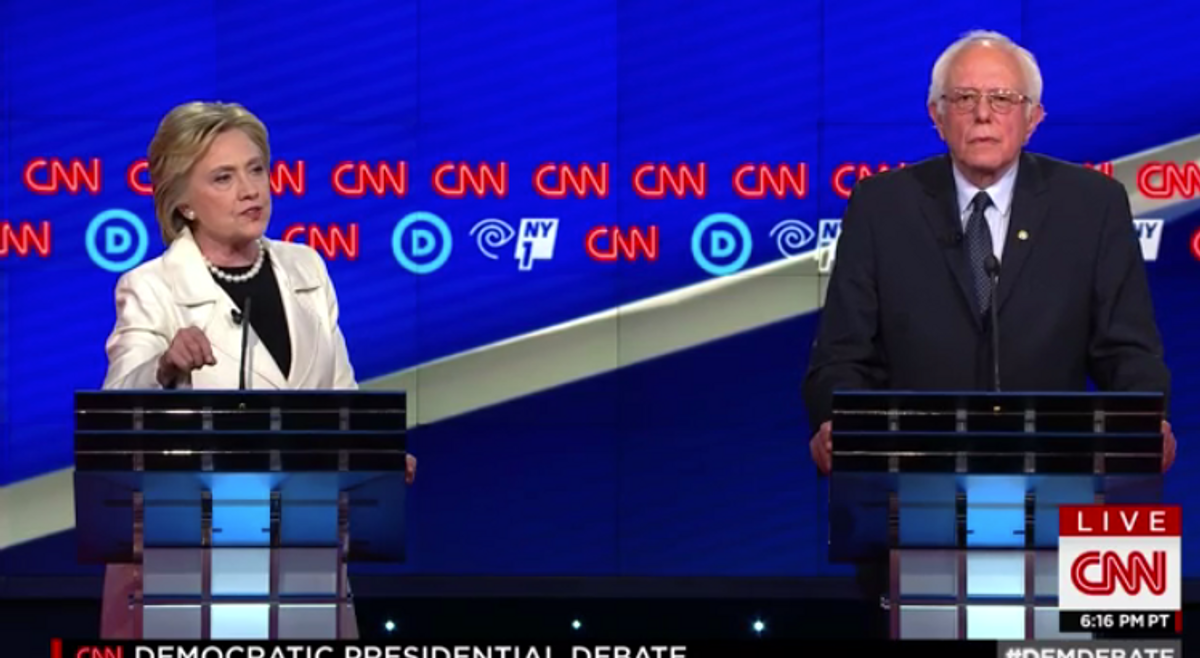 CNN's Democratic debate is getting increasingly testy. In response to a question in which he was asked to name "one decision in which she, as a senator, favored banks because of the money she received."

"Sure," Sanders replied a bit too generally, and then he started talking about the Great Depression. "That was my view my back," he said -- before suddenly twisted a knife it wasn't even apparent he had. "I introduced legislation to [prevent banks from being predatory] when Secretary Clinton was busy giving speeches to Goldman Sachs for $225,000 a speech."

"The proper response, in my view, is that we should break them up," Sanders added.

Clinton replied, as any good debater who knew she'd lost on merit would, that "he couldn't come up with any example," because a technicality is technically a win. "It is important, it may be inconvenient, to get the facts straight," she said. "I called [the banks] out on their mortgage behavior, and was willing to speak out about the special privileges they have under the tax code."

She insisted that "you don't just break [the banks] up, because we have a law, we are a nation of laws. So I support Dodd-Frank, but I've consistently said we have to include the shadow banking sector."

Sanders replied that "Secretary Clinton called them out, my goodness -- they must have been really crushed by this. Was this before or after you received huge sums of money speaking before them? They must have been very, very upset."

"These banks, in my view, have been proven to be fraudulent organizations that are a danger to our economy," he continued. "If elected president, I will break them up, I have legislation to do that, end of discussion."