Moving left on Social Security, Hillary Clinton is still hedging and opening herself up to attacks from Sanders 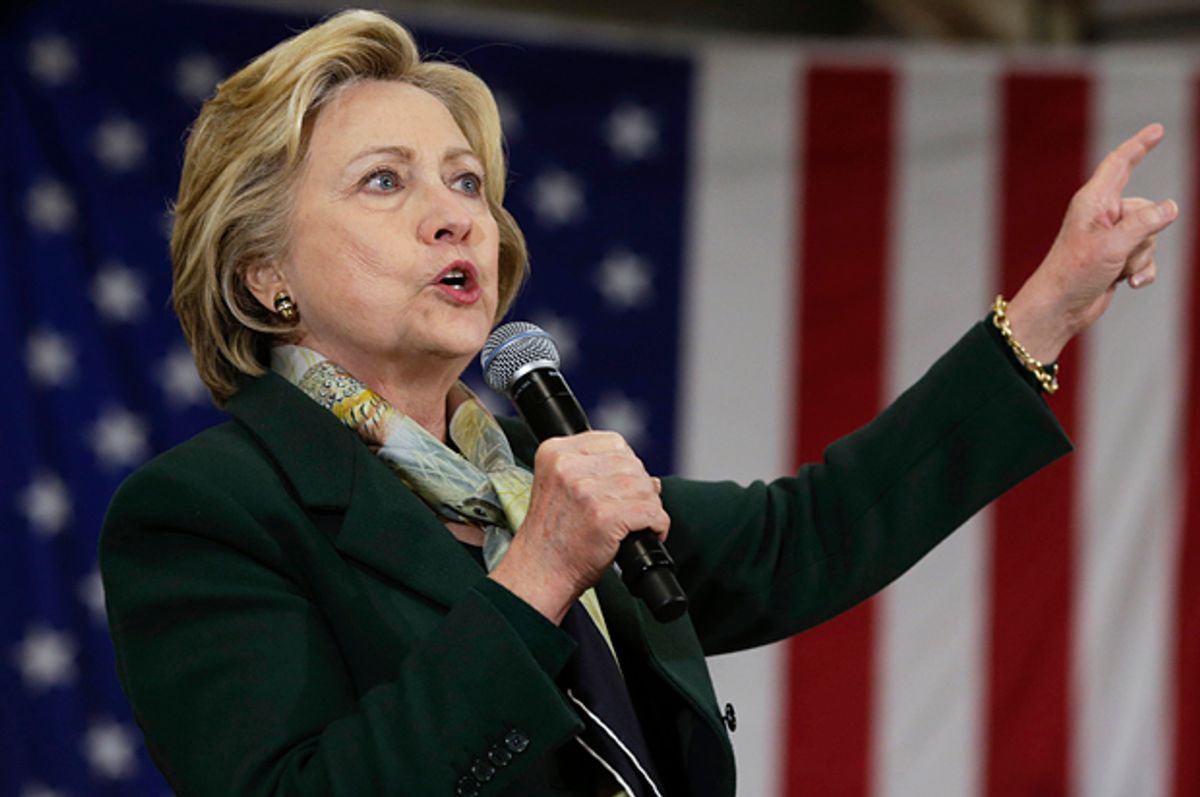 At Thursday night’s Democratic presidential debate, Hillary Clinton got caught in a rough back-and-forth over Social Security. Asked by CNN’s Wolf Blitzer if she would support lifting the cap on payroll taxes (currently only paid on the first $118,500 of income) to help fund the social insurance program, Clinton offered an answer that tried to sound resolute but was actually noncommittal. “I have said repeatedly, Wolf, I am going to make the wealthy pay into Social Security to extend the Social Security Trust Fund,” she said. “That is one way. If that is the way that we pursue, I will follow that.”

Bernie Sanders immediately jumped on her remarks, pointing out that she didn’t fully commit to raising the payroll tax cap and asked her again if she was prepared to support it. “I have supported it,” Clinton shot back. “You know, we are in vigorous agreement here.” Sanders responded with some lightly sarcastic mockery. “If I hear you correctly, Madam Secretary, you are now coming out finally in favor of lifting the cap on taxable income,” he said. “If that is the case, welcome on board. I’m glad you’re here.”

Sanders was right – Clinton absolutely has changed her position on the payroll tax cap. Let’s go back in time a bit to 2008, when Hillary was running against Barack Obama for the Democratic presidential nomination and looking for ways to draw contrasts with her opponent. Social Security happened to be a big point of disagreement between the two candidates, primarily because Obama proposed lifting the cap on payroll taxes – he wanted to create a “donut hole” so that payroll taxes would apply to all income below $97,000 and above $250,000. Clinton was strongly and vociferously opposed to this plan. “I’m certainly against one of Senator Obama’s ideas, which is to lift the cap on the payroll tax,” she said at an April 2008 debate, “because that would impose additional taxes on people who are, you know, educators here in the Philadelphia area or in the suburbs, police officers, firefighters and the like.” Her campaign sent out (false) mailers attacking Obama for wanting to “raise Social Security taxes by a trillion dollars.”

So yeah, she’s shifted on the payroll tax, but that fact that she changed her stance is not what’s frustrating here. (Her position now is lightyears better than her Social Security plan in 2008, which called for putting together a bipartisan commission to figure something out.) What’s bothersome is that she won’t acknowledge the shift in her position, and she won’t fully commit to an idea that she says she supports.

On the first point, Hillary doesn’t do herself any favors by pretending she’s always been as far to the left on this issue as she is now, especially when she has Sanders waiting to pounce on any opportunity to discredit her in the eyes of her liberal critics. It’s well and good that Hillary is moving leftward on some issues, particularly on Social Security, which is an issue of paramount importance to Democrats and the left. But Sanders occupied that space first, and unless she’s forthright about the changes in her worldview, she going to open herself up to criticism from Bernie as disingenuous, which is what happened last night.

As for the policy itself, she still seems to be trying to have it as many ways as she possibly can. She says she supports adjustments to the payroll tax cap, but she’ll only go along with it if the proposal comes to her – “If that is the way that we pursue, I will follow that,” as she put it. So it’s a good idea, but it’s not necessarily the idea, and certainly not something would-be president Clinton would take the lead on. The purpose of this straddle, I suppose, is to leave her some wiggle room and deniability for when whoever the Republican candidate is attacks her for wanting to raise payroll taxes. But the overall impact for the primary is that she comes off as something of a squish on a policy proposal that is well within the mainstream of Democratic politics.