The director has been on a winning streak, but "Avatar" just doesn't have enough substance for a huge franchise 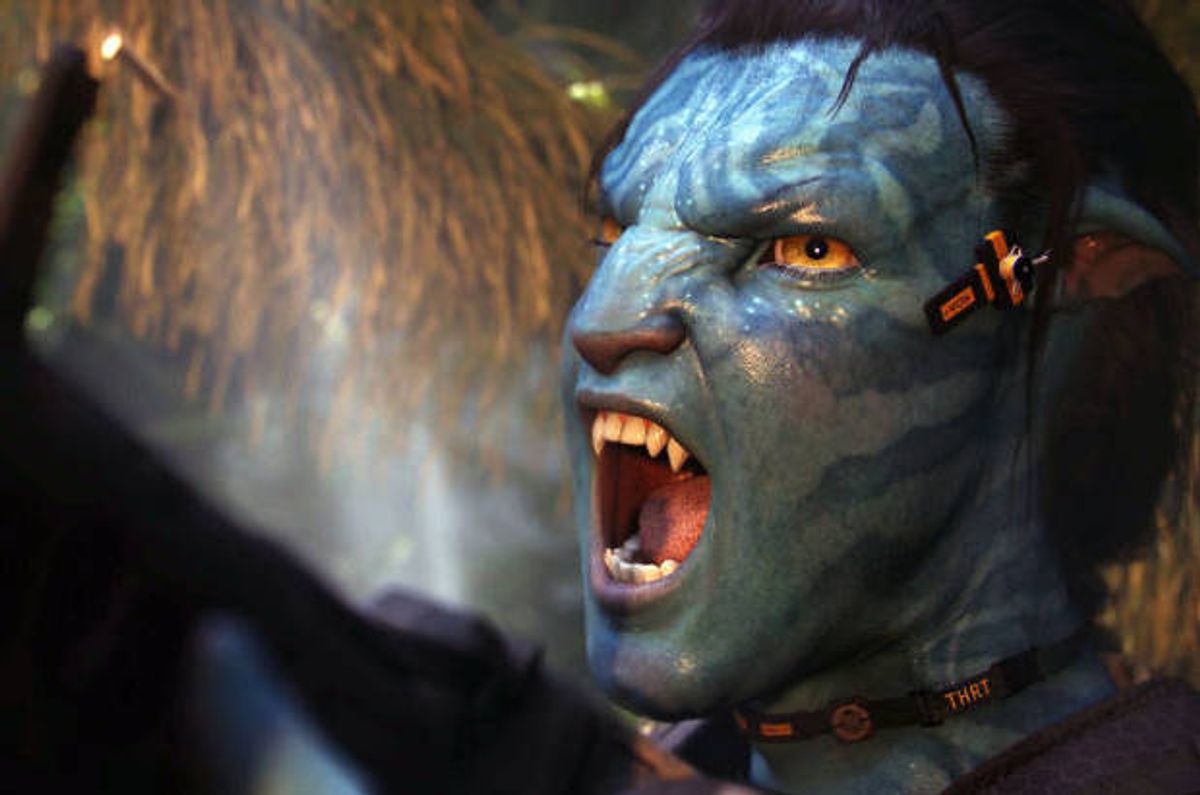 Nobody can accuse James Cameron of not thinking big. He made “Titanic” – the highest grossing film in the years after its 1997 release. Then he made “Avatar,” the 2009 movie that broke the existing box-office records. Its budget was something like a quarter of a billion dollars. And with “Avatar,” he not only filmed in 3-D, he drove theater owners, and perhaps the executives involved in the film, crazy because he insisted the story needed 161 minutes. This is a guy who likes taking risks.

Even after the onslaught of “The Force Awakens,” “Avatar” is still the world’s highest grossing movie. Hollywood needs people with insane levels of ambition to send shockwaves through the field from time to time. And Cameron is a brilliant filmmaker, no question.

But the latest news suggests that he may be going a bit too far and that his own raging ego and the movie industry’s thirst for sequels might be lining up for a disaster.

Here's Variety reporting from CinemaCon, where the director was a surprise guest.

“I've been working the last couple years with four top screenwriters and with some of the top artisan designers in the world to design the world of Avatar going forward—to design the characters, the creatures, the environment, the new cultures,” Cameron explained. “Everything it takes to bring that world to life. So far, what I'm seeing—the art I'm seeing on the walls. . . the stuff that has been developed is, in pure imagination, is really far beyond the first film. The people who have seen it so far have been speechless.”

“It is going to be a true epic saga that is going to be told in this rich and complex world but we have begun to bump up against the limitations of our art form,” continued Cameron. “There were just too many great visual ideas for two sequels, so we talked to Fox and we expanded it for three sequels. And then as the writing process has continued and as the script work is finishing up, it's not three. It looks like it is four.”

Hmmn. Why not five? Six? There’s no doubt that he can summon the money, and attract great actors and effects people to the project. But how much additional filmmaking can “Avatar” support? And how relevant will the first sequel feel in 2018, nine years after the original? Why not make one, or even two, and see if they work, before committing to four?

The biggest problem is that while the movie was visually stunning when it was released, its story was a bit thin. The premise is a lot like the Ursula K. Le Guin novella, “The Word for World is Forest,” but with less originality, since he drew from so many books and movies. That’s certainly no sin. But theme-wise, “Avatar” is about as subtle as “Crash”: Like the Paul Haggis film, its heart is in the right place, but the politics – the natives of Pandora fight off evil imperialist industry – make it a bit predictable.

Cameron may surprise us. But if we think back to other cases of ambitious, celebrated filmmakers going big, it reminds us that big Hollywood risks don’t always pay off. The “Star Wars” filmmakers made three engaging successful movies with the original, “The Empire Strikes Back,” and “Return of the Jedi,” but George Lucas decided that the franchises needs prequels, none of which made much sense.

And Peter Jackson could do no wrong for a while, making smart, low-budget horror films and then the pitch-perfect indies “Heavenly Creatures” and “Forgotten Silver.” The “Lord of the Rings” films were about as good as a series of big-budget fantasy adaptations could be. But with “The Hobbit” movies – three films where one would do – his filmmaking became formulaic: These feels like some odd combination of ego and stretching the story out just to cash in at the box office.

Cameron is a different filmmaker than these two, of course. But he may find that four new movies about a pretty straightforward conflict -- and without the characters and rich background that made the original “Star Wars” films and "Rings" trilogy more than just action movie blowouts -- is far more than anyone really needs.