New poll data show Bernie's numbers are also sliding, although he remains 16 points ahead of the party favorite 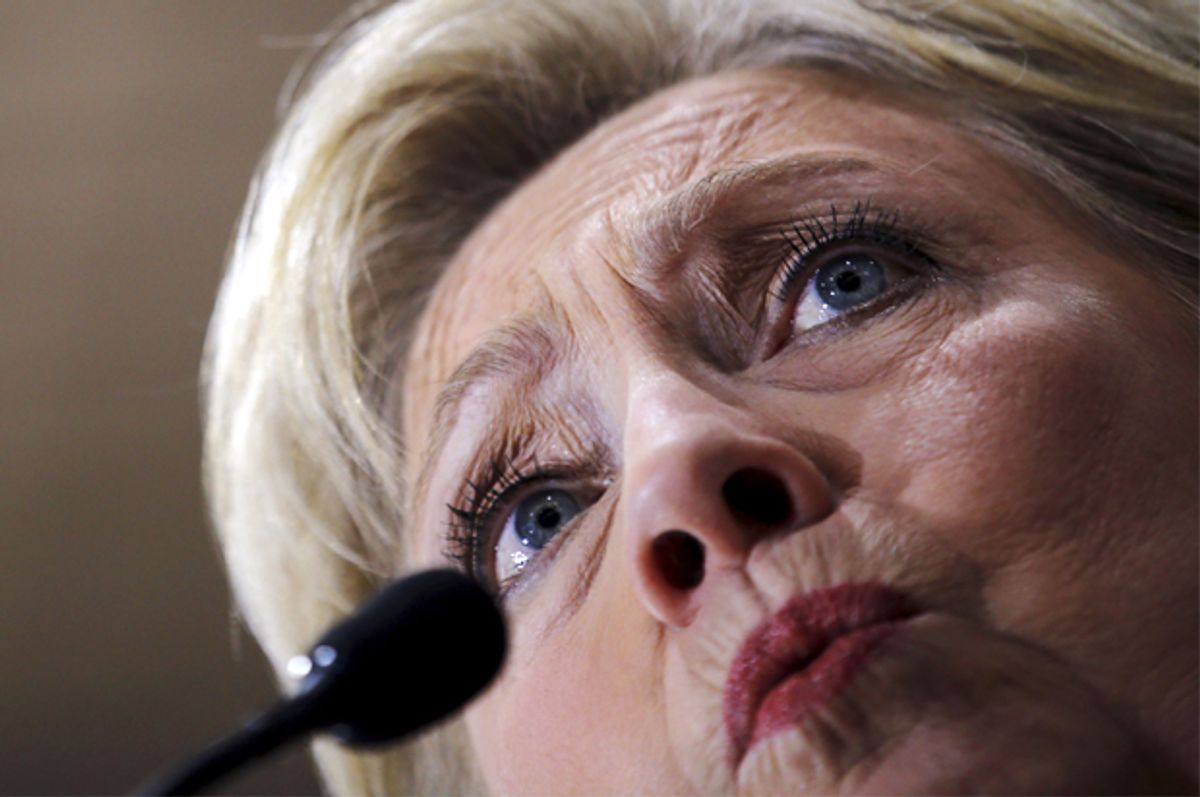 Hillary Clinton may be the Democratic frontrunner, but her appeal is waning. According to the HuffPost Pollster average, 55 percent of the electorate now views Clinton unfavorably—and 40.2 percent of people view her favorably, according to the same average.

“[The numbers] are pretty bad,” said Democratic strategist Brad Bannon. “The No. 1 reason that her favorability is so bad is that you have large numbers of Americans who say they don’t trust her. I could make it sound more complicated than that, but that’s really what it is. Voters see her as the ultimate politician, who will do or say anything to get elected.”

Historically, 62 percent of voters saw Barack Obama as favorable at this point in the 2008 election.

The same pattern shows for the 2000 election; in March 2000, then-Texas Governor George W. Bush’s favorability was even higher: 63 percent.

Clinton’s main advantage right now is that the Republican candidates are faring far worse in terms of favorability. On the GOP side, Donald Trump and Ted Cruz have net favorability ratings in the single digits. John Kasich is doing slightly better at 26 percent, but has only won one state to date.

On the Democratic side, Bernie Sanders' favorability has slid this month also, but is still 16 points higher than Clinton on the net favorable scale.

Clinton’s highest favorability ratings came when she served as President Obama’s Secretary of State. Her second-highest were during Bill Clinton's administration, at the time of the Monica Lewinsky scandal in 1998, when she was viewed favorably by 60 percent of voters.