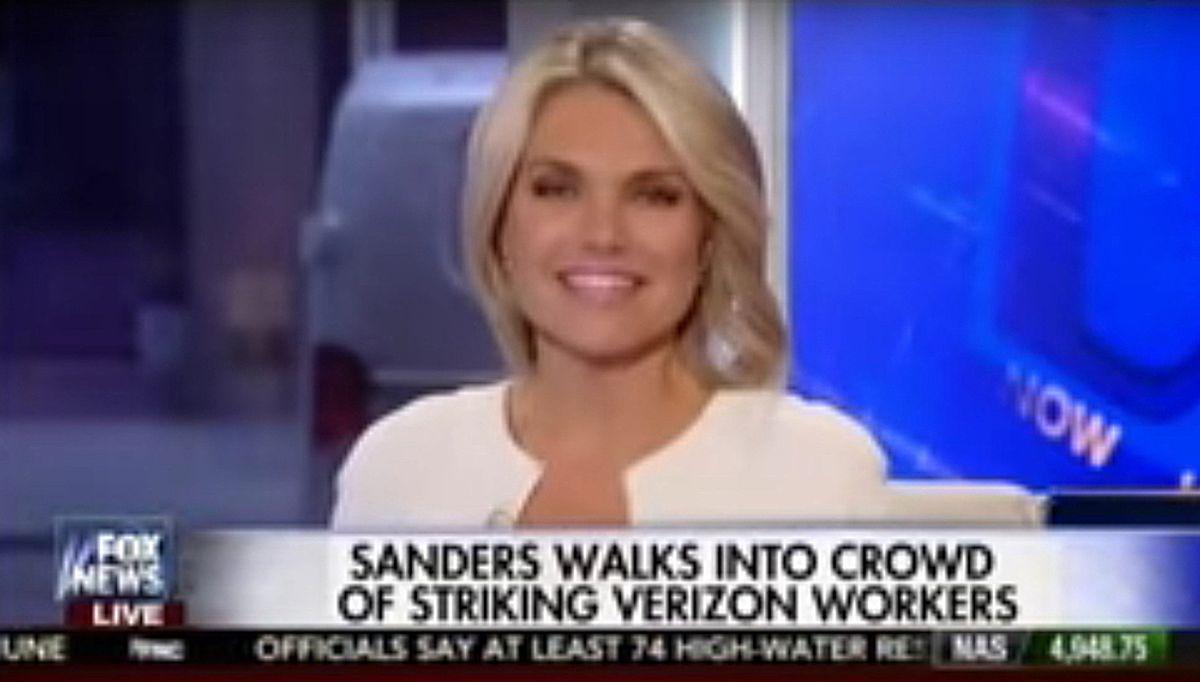 40,000 striking Verizon employees marched in the streets of New York on Monday wearing red shirts to mimic the corporation's famous cellular coverage map. And for a second time in the six day strike, Democratic presidential candidate Bernie Sanders joined union workers in a show of solidarity ahead of New York's primary election on Tuesday.

"We will not tolerate large profitable corporations sending jobs to low-wage countries....throwing American workers out of the streets," the Vermont senator told the workers gathered near the Verizon building in Manhattan. One of the galvanizing grievances of the striking Verizon employees concerns the company's decision to outsource call center jobs to Mexico and the Philippines.

"That is the kind of greed that is destroying the American middle class," Sanders told the striking Communications Workers of America (CWA) and International Brotherhood of Electrical Workers (IBEW) union members, referring to Verizon CEO Lowell McAdam's $18 million annual compensation while negotiations deadlock over union demands that Verizon halt its gutting of workers' health care and retirement benefits.

Of course, Sanders's support for striking union workers means no such thing. Aside from the asinine assertion that workers fighting to keep their jobs will necessitate a rise in anyone's cable bill, as Sanders himself wrote in a letter to Federal Communications Commission Chairman Tom Wheeler last year, cable bills in America are already artificially inflated.

“As the telecommunications industry becomes increasingly concentrated, this lack of choice has resulted in huge price increases and often poor service for consumers,” Sanders wrote in a letter accusing big cable companies like Verizon of improperly using mega-mergers to charge consumers astronomical prices. “There are now de facto telecommunications monopolies throughout the United States.”

“Given the lack of incentive for companies to provide better quality service and competitive prices, it is no surprise that individuals rank cable and Internet providers last in customer satisfaction when compared to other companies in other industries.”