The land of abandoned Americans: Inside the issue that everyone is ignoring — including Bernie & Hillary

While the Democratic candidates rolled through NYC in advance of Tuesday's primary, no one mentioned this 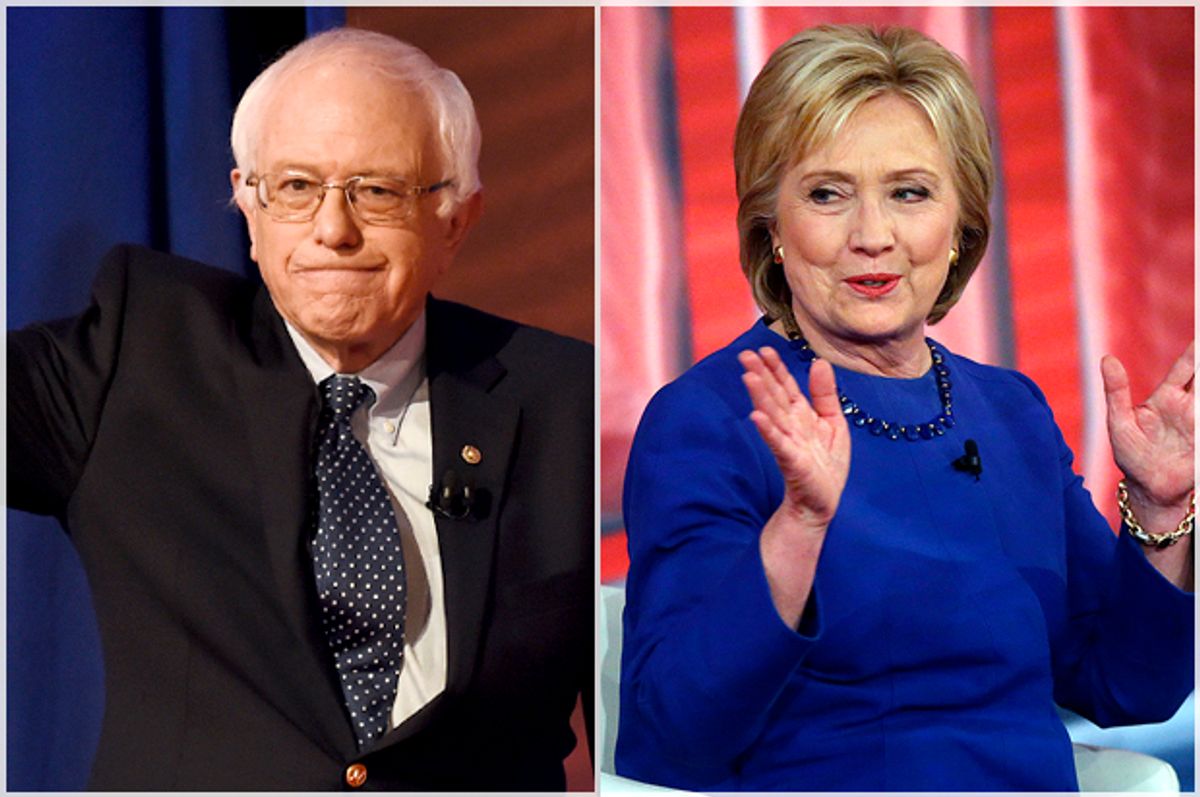 In the run up to the New York primary, the cable news cycle has been fairly predictable, in that it’s all about the horserace and not the substance of the national moment. Sadly, what we often get is right- and left-channel programmed news, which only confirms our underlying political orientation and sensibilities.

Yet, every once and a while, somebody has the guts to take TV for an Edward R. Murrow-like spin that challenges the audience and the hierarchy in their comfort zone. While these “Harvest of Shame” moments are rare, they are so greatly appreciated because of the desert that big time TV has become, when it comes to the actual issues that matter to the soul of the nation.

Such was the occasion the other night on MSNBC, when Lawrence O’Donnell took his viewers for a tour of a few of the projects that are part of the New York City’s Housing Authority system, which provides housing for several hundred thousand low-income and working class New Yorkers.

O’Donnell asked the rhetorical question why, as of April 13, when he presented the NYCHA segment, neither of Democratic presidential candidates, Senator Bernie Sanders and former Secretary of State Hillary Clinton, had accepted the invitation of local officials and public housing advocates to visit one of the projects.

For decades now, these projects, built under the auspices of the Federal Housing Act of 1949, have been permitted by the federal, state and city governments to deteriorate to the point where people are killed by faulty elevators and thousands of children are regularly exposed to toxic mold and unsafe conditions. Consider that there is now a $17 billion dollar backlog in desperately needed capital repairs.

Over the years, as New York City’s murder rate has dropped to historic lows, one analysis shows that NYCHA residents are murdered, raped or assaulted at twice the rate, or more, of the rest of the city.

In O’Donnell’s tour of a Bronx NYCHA project, with New York City Councilman Richie Torres, viewers saw a padlocked playground, where swings and slides were bereft of children, because the project’s community center had been shuttered because it had been permitted to become a potential danger to the public.

O’Donnell brought cameras into a NYCHA apartment where a resident complained of chronic mold. In fact, back in 2013 the mold conditions were so pervasive, such a threat to public health throughout NYCHA, that the Natural Resources Defense Council brought a successful federal class action against NYCHA on behalf of long-suffering residents who were paying rent to live in toxic quarters.

I have investigated living conditions in NYCHA projects located in all five of New York City’s boroughs. In every visit the story was the same. Mold and collapsing bathroom ceilings were a chronic problem related to leaky high-rise roofs. Because NYCHA has never had the amount of money to fix the roofs that leak, it is fighting a loosing battle where they come in and do patch repairs that give way in a matter of months.

In interviewing elderly residents, I learned that "back in the day" these projects had beautiful flower beds and a sense of community, with sufficient maintenance help. In the summertime, teens that lived in the projects were paid to maintain them. These days, there’s a summer job lottery where thousands of kids are turned away.

In doing research for one of the unions that represents some of the NYCHA workers, I stumbled on the preamble to the Federal Housing Act of 1949, which was co-sponsored by New York Senator Bob Wagner, a liberal Democrat, and Ohio Senator Bob Taft, a conservative Republican.

Incredibly, the authors called for “a decent home and living environment for every American family.” The Housing Act of 1949 was the only part of President Harry Truman’s Fair Deal that made it into law. In his 1949 State of the Union Truman said “the American people have decided that poverty is just as wasteful and just as unnecessary as preventable disease.”

Truman challenged the nation to take action on building affordable housing because “five million families were living in slums and firetraps. Three million families share homes with others.” He called for rent control.

This was a different and more humane America that felt the living conditions of the poor were a mark on the nation's character. Scroll forward a few decades, and the attitude coming out of the beltway is that the poor have themselves to blame for their condition and the sooner we can demolish these public housing projects the better.

As O’Donnell rightly pointed out, NYCHA was a “hidden city, hiding in plain sight.” O’Donnell appeared legitimately at a loss to understand how it could be that the two candidates would pass up on the invite. But then, for years now, the poor and struggling urban sections of our entire nation have been ignored. What was Washington up to? It spent hundreds of billions blowing up Iraq and Afghanistan and squandering even more money trying to put them back together again, and failing at that.

But it wasn’t only public housing projects like NYCHA that were ignored. Even as an ongoing urban foreclosure crisis spread blight and abandonment, the federal government and the media looked the other way. According to John Powell, director of the Haas Institute at the University of California at Berkeley, many American cities, especially in minority neighborhoods, the number of foreclosures and abandoned homes have severely depressed real estate values since the 2008 collapse.

"When the government was saying the crisis was over," said Powell, "we had thousands of neighborhoods in places like Ferguson, Missouri, where a disproportionate number of homes were underwater and the government did not step in."

According to "Underwater America," a report published by the Haas Institute, 71 of the 100 cities with the highest rate of underwater households have a population that's more than 40 percent African American and Latino. All told, more than 10 million Americans live in one of 395 so-called "hot spot" ZIP codes, where between 43 percent and 76 percent of homeowners are trapped in underwater mortgages and heading for foreclosure.

From the era of the “War on Poverty,” we went to prosecuting the war on the poor in the form of the war on drugs. At the same time we pursued free trade policies that hollowed out our industrial base, we threw hundreds of thousands of African-Americans in jail, as we criminalized drug addiction. The collateral damage was generations of disenfranchised men, who were now convicted felons, and fractured families that required grandparents to step up and raise their grandchildren.

These examples of massive and catastrophic misrule that have been heaped one upon another are interconnected. Reporters are just so terrified that if they hold the elected officials accountable for any of it they won't get invited back.

Our mainstream commentators project this phony narrative that we have come so far because one African American gets to live in the White House, even as generation after generation of poor kids live in sub-standard housing and millions of working class Americans lost their homes.

There's just none of that Bobby Kennedy Jr passion to do anything about any of it.