These Texans have lost their minds: Secessionist group claims 22 counties voted in favor of Texas leaving the union 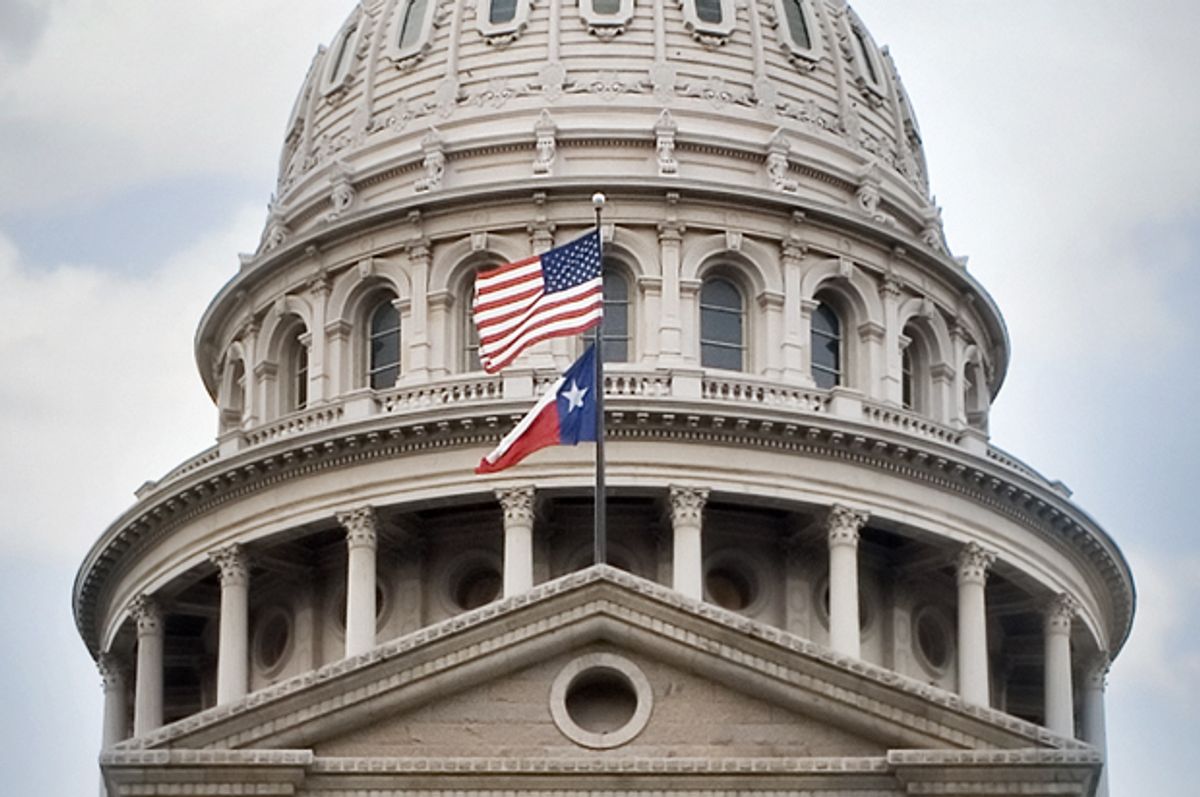 The Capitol Building in Austin, Texas. (Elena Yakusheva via Shutterstock)
--

The Texas Nationalist Movement (TNM), a group dedicated to advocating for the state's secession, announced last month that "the Texas Independence Resolution passed overwhelmingly in more than 20 conventions (and counting) and is now headed to the Republican Party State Convention," to be held next month.

On its website, TNM cites among its arguments for Texas's secession the need for "a government that begins and ends in Texas."

Responding to the claims, Texas GOP chairman Tom Mechler told the Houston Chronicle he "'would be very surprised' if that many had indeed passed the conventions."

The Chronicle confirmed that in 10 of the 22 counties listed by the TNM, the Resolution had, in fact, passed.

Though the resolution likely won't get the time of day at the State Convention in Dallas, the Chronicle called the Resolutions even modest success, "a significant milestone in the growth of a fringe movement in the Texas GOP."

Mechler, however, denied that TNM has a partisan agenda, arguing, "Republican is not even in their name."

In December 2015, the State Republican Executive Committee voted down a similar proposal that would have allowed a "non-binding ... formal survey of voters" to make its way onto the primary ballot early last month, according to The Texas Tribune.