Just because you can't recognize a person's face doesn't mean you don't know who they are, Jesse 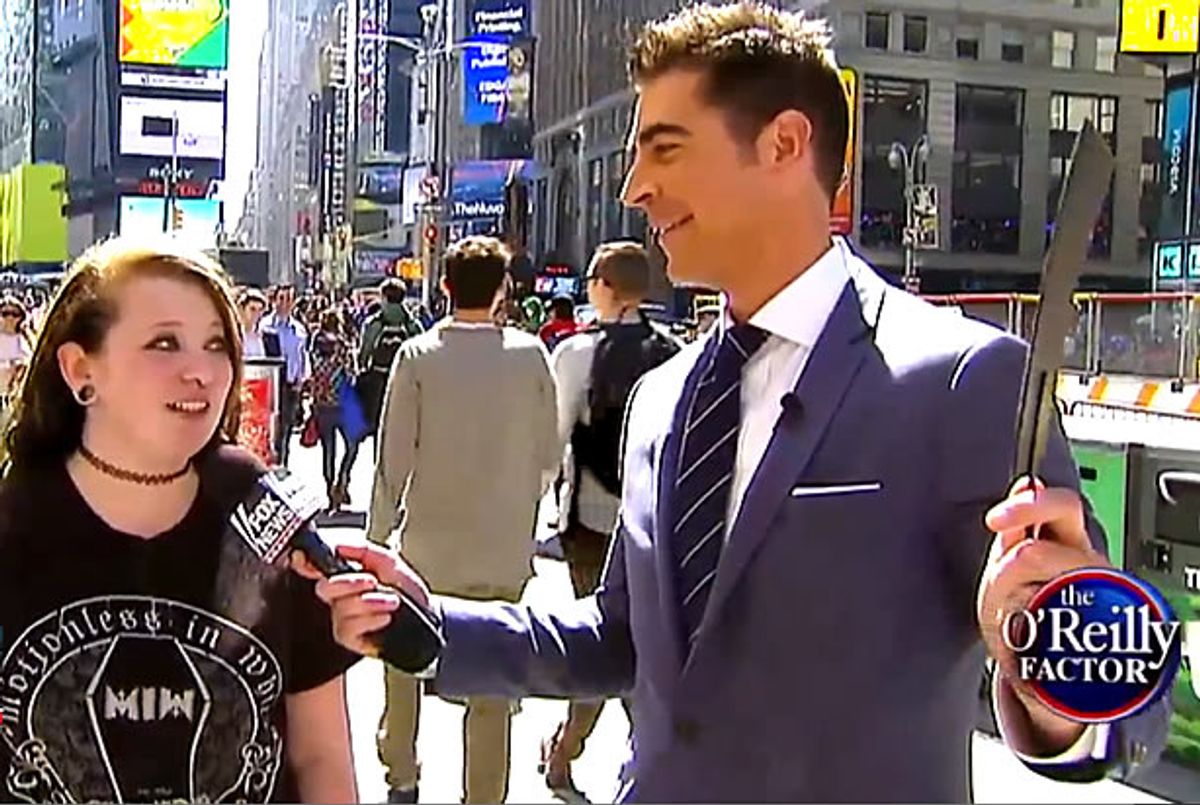 On The O'Reilly Factor Monday evening, host Bill O'Reilly brought in the human disappointment that is Jesse Watters to humiliate young strangers who don't know better in yet another segment of "Watters' World."

In this installment, Jesse walked around the streets of Manhattan and proved that people under the age of 24 aren't aware who Marilyn Monroe, Frank Sinatra, or Elvis Presley are -- which would be a damning condemnation if they were professional trivia mavens, but they're simply people on the street who aren't as aware of white popular culture as O'Reilly and Watters believe they should be.

"A few of the millenials couldn't identify photographs of Martin Luther King, Jr. or Jimmy Carter or Ronald Reagan," O'Reilly noted, without acknowledging that the millenials did, in fact, know who those people were -- they simply didn't recognize a picture of them.