"I'm not comfortable with Goofy Uncle Joe": Aboard Amtrak train, Joe Biden reflects on 4 decades in government, weighs in on election 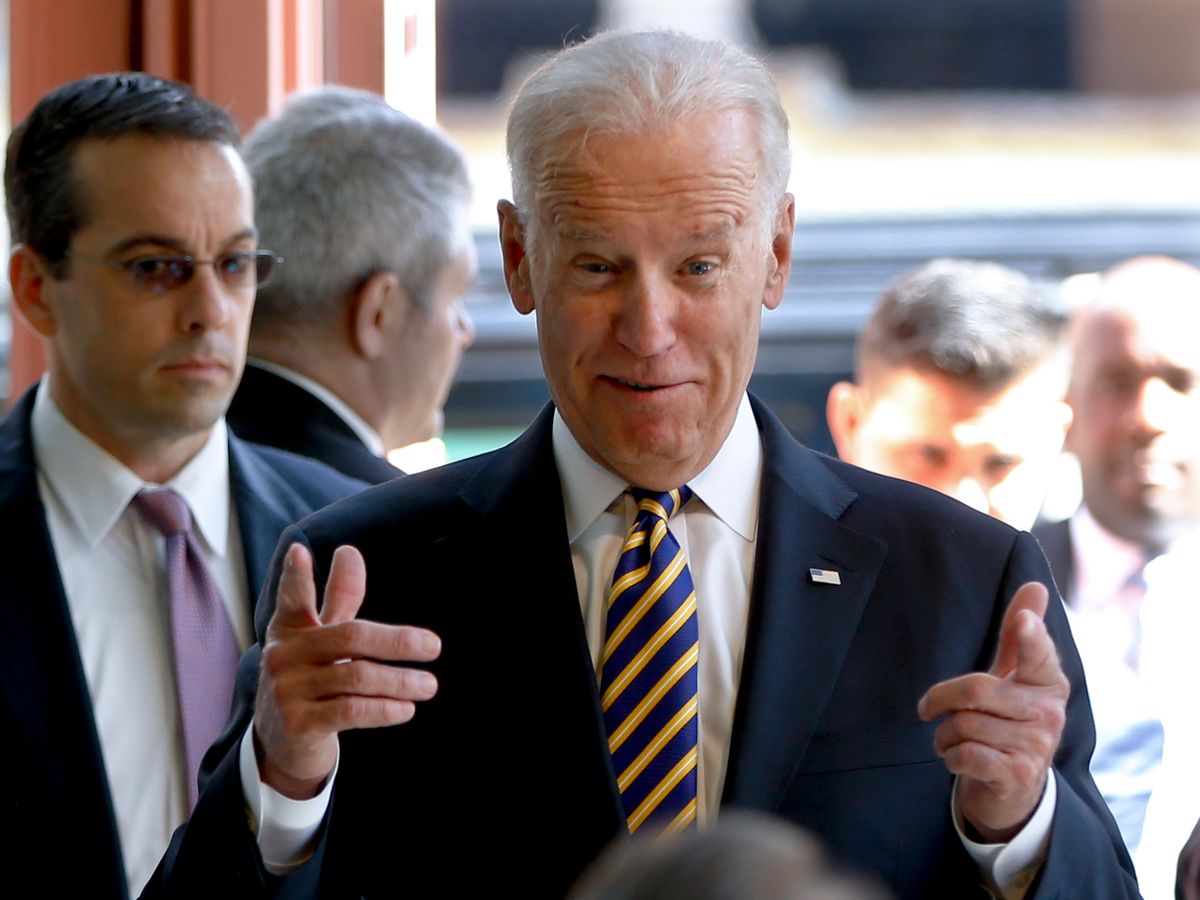 Vice President Joe Biden sat down with CNBC's John Harwood for a retrospective interview aboard a Wilmington-bound Amtrak out of Washington, D.C.

"I'm not comfortable with Goofy Uncle Joe," Biden said about his trademark casual demeanor, before digressing about the lack of "inherent power in being Vice President."

"And by the way, the so-called Goofy Uncle Joe," Biden added, "if you notice, I beat every Republican in every poll when they thought I was running. You notice that my favorability was higher than anybody that's running for office in either party."

Biden then dutifully fielded stock questions about his successes and failures as a legislator.

"Back in the '70s, we ended that damn war," Biden said, referring to the Vietnam War. Among his failures: a diminishing middle-class. Biden only accepted so much responsibility in such stagnation.

"Here's what I plead guilty to," Biden conceded. "We had about eight atom bombs dropped on our desk. It took us the auto recovery, it took us Dodd-Frank, it took us the Recovery Act, it took us all those God-awful difficult things we had to do, including raising the top rate for the wealthiest Americas so there's $600 billion more income now — it took us five years to get that done."

Grassroots heartthrob Bernie Sanders has been critical of Dodd-Frank, arguing it "didn't go far enough" in regulating the financial sector.

"Is that just campaign talk that can't possibly be realized?" Harwood asked.

"No, it can be. It can be," Biden reassured. "But what I don't see enough of is the explanation of how to do that. But I do think that Bernie has raised a very legitimate issue that has consequences beyond the way Bernie talks about it."

Read the full interview at CNBC.com.