Salon talks to Will Toledo about the evolution of his sound, from early experiments to Guided By Voices-level hooks 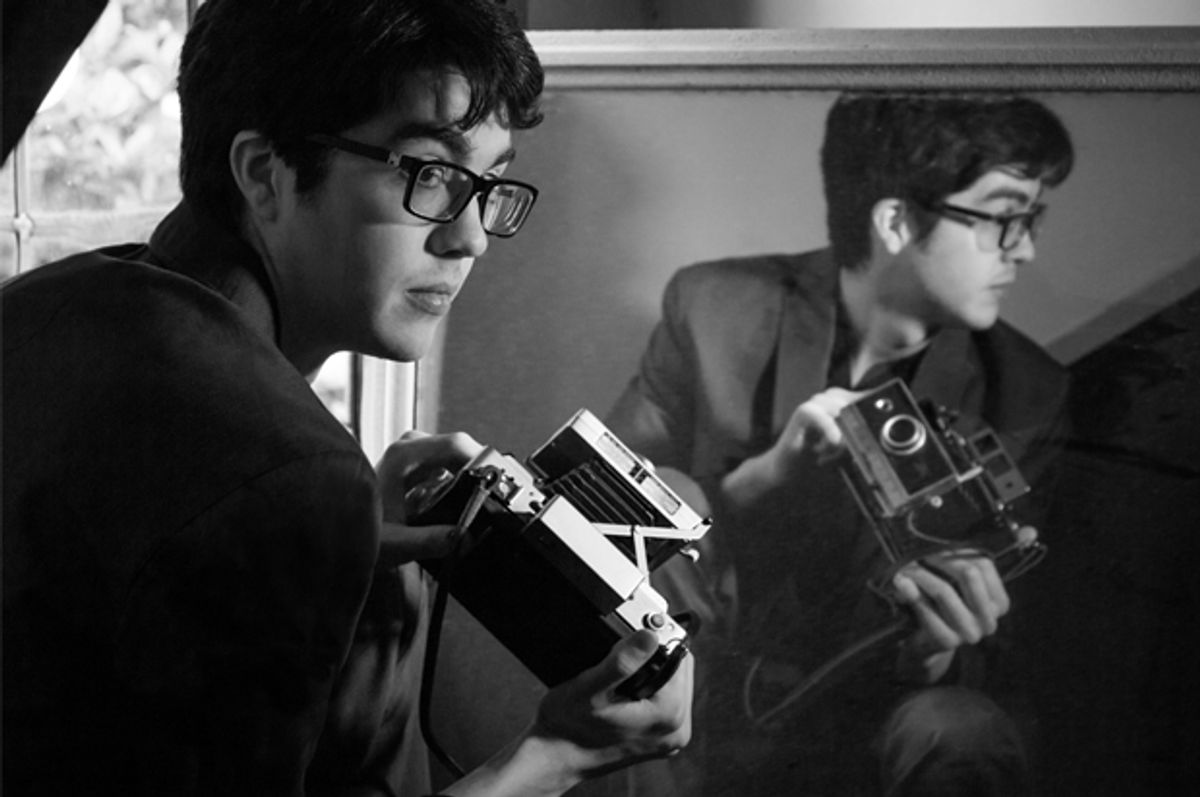 Will Toledo, the musician behind the band Car Seat Headrest, sounds like he’s tapped into an endless font of melodies and hooks: Not since Robert Pollard of Guided by Voices has an indie rocker made turning out hummable songs seem so effortless.

Toledo started recording music as a Virginia teenager, sitting in the back of his family car with a laptop, the seats and headrests the only audience. He recorded hours and hours of lo-fi songs, parked in a Target lot, and dumped them onto Bandcamp. After almost of dozen of these albums, he was picked up by Matador Records. As Tim Sendra notes on his All Music Guide review, it’s a natural move since Car Seat takes elements of Matador’s best bands – Guided By Voices, Pavement, early Liz Phair – and makes them his own. At age 23, he’s nearly a veteran, but 2015’s “Teens of Style” was his first for a label.

Toledo’s upcoming album, “Teens of Denial,” due out May 20, is a departure of sorts: Made with a band, in a studio, it would be conventional if it wasn’t still a Car Seat Headrest album. It includes, for instance, an 11-and-a-half minute song that changes tempo several times and covers a huge range of subjects.

We spoke to Toledo – who comes across as friendly but very drowsy -- from his home in Seattle; the interview has been lightly edited for clarity.

Your new album is more orthodox than what you’ve done in the past. It’s your first one made in a studio?

Yeah, that’s right – I had a sort of embryonic lineup playing on “Teens of Style,” but that was mostly a solo effort, and I mixed it myself. So this was the first time we were really working together.

How different was it for you to do it this way?

It felt like a different process. But parts of it were more similar than we’d anticipated. We recorded in two smallish studios in Seattle – just us and our producer, Steve Fisk. It felt like a practice session, but one that became an album. And the mixing we just did at Steve Fisk’s house. It was all pretty close to home.

Your aesthetic is stripped down, lo-fi… Did you hear musicians when you were young who did that? You listened to a lot of Pavement and Guided by Voices, I expect?

I guess – but I draw a distinction between stripped down and lo-fi. Because I think this album is both more stripped down and less lo-fi than what I was doing. I enjoy working on my own, producing my own stuff, to a very high degree, making the arrangements fairly complex – on the older ones.

The new one is more stripped down – I went into it with the mentality that it would be simpler this time. So my older stuff does have more going on, in terms of the arrangements and more instruments. This is a deliberate step back.

Part of this is the influence of that era, ‘90s and ‘2000s rock music. I think it was less Pavement and Guided by Voices – though those were on the list – and more Green Day and Nirvana, which is what I was listening to in middle school.

There are pieces on the album that actually date from high school.

If you had no limits, would you record an endless number of songs and albums?

I wouldn’t say that. Even before Matador, I was averaging about one release a year, and this album took me two years to write: I was slowing down from the earlier period of Car Seat Headrest. It used to manifest itself as lots of songs; now it’s about honing the songs into perfection…. It’s just a matter of changing focus really.

Your early stuff went up on Bandcamp. How would your music be different if you came up the old way, making records for an indie label?

It’s hard to say exactly, and I don’t know who would have picked me up in my earlier years.

I was writing simpler music in middle school and high school – it was in the beginning of college when I started Car Seat Headrest and it started out as more experimental stuff. I was willing to go back to the simple style if more people would listen to the music.

The reason the early stuff is so inaccessible is that it was designed for a much smaller audience, or no audience, really. I got time to experiment, with no eyes on me. It would have been different if I’d gotten popular earlier in my career.

What kinds of things do you do to put yourself in the mood for songwriting? Or do you just sit down with your guitar? Your lyrics seem to have all kinds of reference points.

I hardly need to be incentivized to write: Something happens, it creates an emotional response in me, and I’ve just sort of trained myself to ask, “Can I make this into a song?” And then if I can, it goes from there. These days I’m never starting with a blank page and asking, What am I gonna write this song about? Usually I have more ideas than I know what to do with.

Do you read a lot? Listen to music? Go walking by yourself a lot? What’s your life like?

These days my life is spent mostly sitting on a tour van, not doing much of anything at all. But I try to do all that stuff when I’m back at home. I’m trying to check out more music this year – for a long time I had, I don’t know, a low opinion of the music scene in general, and tried to stay out of it… I still don’t like most of it, but I’m aware of it.

I try and read, I feel like I don’t read as much as I should. I’m making progress on the second volume of the Frank Sinatra biography [James Kaplan’s “The Chairman.”] And the Leonard Cohen biography, [Sylvie Simmons’] “I’m Your Man.”

I spent a lot of time just hanging out online.

There’s not a lot of music that connects with me. A lot of it is a missed connection or doesn’t sound like it has a lot to it.

Do you find yourself going back to old stuff?

Definitely. I still regularly listen to Pink Floyd… Nirvana, I’ve been listening to a lot recently. And Guided by Voices is always a good go-to.

You recorded a lot of your music by yourself – is it strange to play in front of an audience?

It was at first, and for a while in Car Seat Headrest I didn’t play live much because there weren’t a lot of songs that would translate live. That’s what this new album is about, too – all of those songs are easy to play live and fun to play live.

Tell us a little about “The Ballad of Costa Concordia,” the longest song on the album.

I have a tendency to do long songs – I like working with that big canvas. I had in mind to do a classic ballad, something that was long and slow and depressing. But it just unfolded in a specific way. It sort of became about various emotional issues in my life, struggling with relationships. And somewhere I got the idea to speed it up halfway through, and go into this fast part, which throws it into a more modern rock style. It originated in emulation of the rock ballad.

I guess I was thinking if some of Bob Dylan’s longer work. But some of his long ballad-y stuff I don’t really like; I guess I was trying to do a version of that idea that I liked. I guess Leonard Cohen is a good example – he has a song called “Death of a Ladies man,” which just unfolds for about 10 minutes, repetitive, AAAA song structure, just a slowly unfolding story with a lot of emotional baggage to it. That song and album was a big influence on me.