Eduardo Porter and the NY Times are wrong on climate change: It's absurd to paint liberals as misguided as conservatives on the crisis 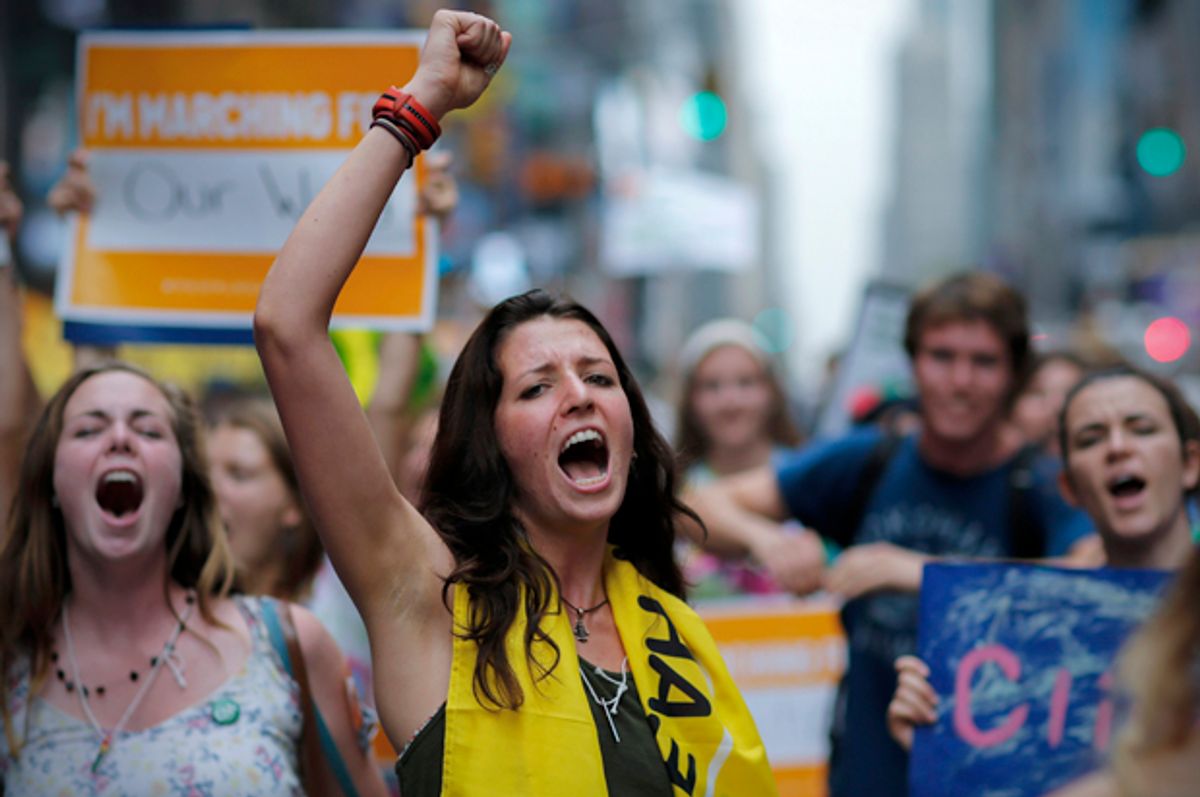 Both-sides-do-it-ism is one of most irritating bad habits of the modern punditry, a tic some writers get where they confuse being fair with pretending that liberals and conservatives are equally guilty of some political sin. It was always a cowardly, lazy habit, but it's become even more inexcusable in the past decade as it becomes clear that the right is exponentially worse when it comes to lying, stoking conspiracy theories, and destructive behavior.

But that doesn't mean some foolhardy folks won't still try, ignoring actual evidence in favor of pushing the pox-on-both-houses narrative at all costs. Eduardo Porter of The New York Times published a piece on Tuesday that is a gallant if failed (and really, pointless) effort at really hammering this both sides fallacy.

"Liberal Biases, Too, May Block Progress on Climate Change," the headline reads, and Porter goes on to try to argue that the same forces that lead to conservatives engaging in climate change denial are somehow infecting liberals, as well. Except, in a great stroke of irony that Porter really should have noticed, the evidence isn't there, and his argument seems to be based more on wishful thinking than the facts.

"And yet even as progressive environmentalists wring their hands at the G.O.P.’s climate change denial, there are biases on the left that stray just as far from the scientific consensus," Porter writes.  Really? What are these liberal beliefs about climate and energy that are equal to, for instance, the claim that it snows in winter means climate change isn't real or arguing that the only reason that 97% of climate scientists accept human-caused global warming is because they are all conspiring together for anti-capitalist purposes? Those are some pretty big whoppers, so what is it?

Still, liberal biases may be most dangerous in the context of climate change, the most significant scientific and technological challenge of our time. For starters, they stand against the only technology with an established track record of generating electricity at scale while emitting virtually no greenhouse gases: nuclear power.

Liberals are more likely to be against nuclear power, sure, but is that a false belief on level with believing that 97% of climate scientists across the globe are lying to perpetuate an anti-capitalist hoax? Let's look at the evidence Porter brings.

Ted Cruz’s argument that climate change is a hoax to justify a government takeover of the world is absurd. But Bernie Sanders’s argument that “toxic waste byproducts of nuclear plants are not worth the risks of the technology’s benefit” might also be damaging.

Yeah, no. The first is an outright falsehood and conspiracy theory, the equivalent of believing our nation is being secretly controlled by an alien race of lizard people. The second is a values assessment. Sanders isn't denying some of the clean energy benefits of nuclear energy. He's arguing that the risks are too high. He's not disagreeing on facts, but the interpretation of those facts.

Sanders has a lower tolerance for the risks associated with nuclear waste than the 65% of members of the American Association for the Advancement of Science. That does not make him a conspiracy theorist or someone denying the facts. The conservative equivalent would be accepting that climate change is real but arguing that you still prefer driving a gas guzzler over reducing emissions. But conservatives don't make straightforward values arguments, like Sanders did. They lie about the facts, trying to convince people climate change is a hoax.

But even though he has incorrectly identified the problem, Porter pushes on to diagnose symptoms the patient does not have. He argues that liberals are somehow just as crippled by the ideological biases as conservatives.

Responses aren’t necessarily driven by ignorance. “Where there is a sacred value that empirical science contradicts,” science will have trouble making headway, notes Jonathan Haidt, a social psychologist at the Stern School of Business at New York University.

He goes on to cite studies, which are perfectly sound, showing people's willingness to accept a scientific study depend on whether it conflicts with their political values or not. And it's true that these studies show that liberals are often just as bad as conservatives about denying studies that conflict with their views, even if those studies are sound.

But even though Porter is supposedly writing about climate change, he does not produce on single instant where liberals hold incorrect beliefs on the science of climate change. Which seems like a baseline requirement for arguing that liberals are just as bad as conservatives when it comes to science denial around climate change. For someone who purports to be anti-bias and pro-evidence, Porter brings a lot of bias but not a lot of evidence to his theory.

This is not to deny that liberals can let their biases cloud their assessment of the facts. Anyone watching liberal reactions to the primary contest has to concede that, at least if they're being honest with themselves. A lot of conspiracy theories — such as anti-vaccination paranoia and anti-GMO paranoia and 9/11 truther nonsense — all started on the left. No use in denying it.

But on this question of climate change and the science around it, Porter is the one who just can't accept the facts. There's no reason to think that there's a lot of misunderstanding of the issue on the left. It might be true, as Porter suggests, that liberals overrate the dangers from nuclear power. Or maybe not, as he produces no polling data on this issue and no good study on the actual risks to compare it to.

But it's ludicrous to suggest that liberals have a climate change problem that's on par with, or even in the same ballpark as, the conservative problem with climate change. Which is that a huge percentage of Republicans flat-out deny that it's happening or human play a role. (Thankfully, that number is declining, and more Republicans are accepting facts.)

It's difficult to imagine what kind of purpose it serves to stoke a "liberals do it too!" narrative, especially when the evidence is very much against you on this front. If the point is to advocate for nuclear power as an alternative energy source, it seems the best way to do that is just to do it. Considering how many liberals consider climate change a serious issue, they may be open to these arguments.

But this phony both-sides-do-it frame only serves to minimize the seriousness of conservative opposition and discredit important scientific research on political bias by attaching it to a false narrative.