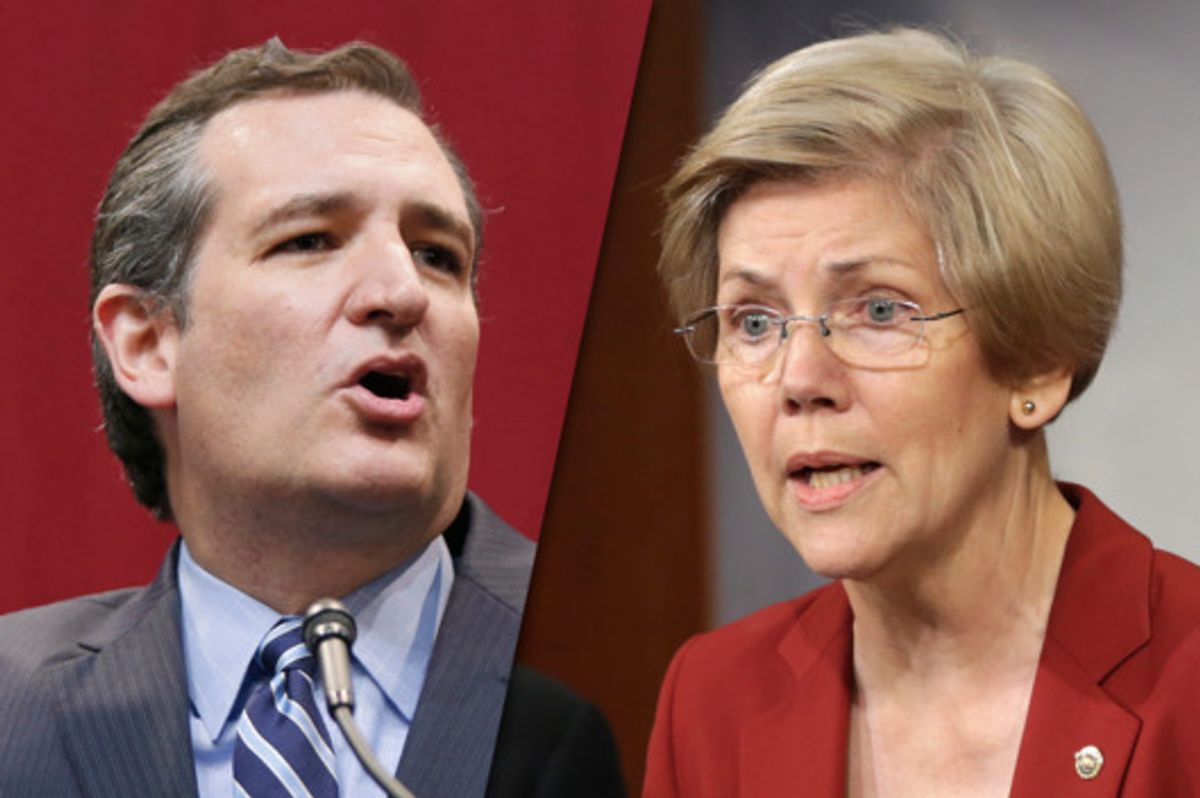 It just hasn't been a good week for Ted Cruz. The Texas Tea Party senator launched an anti-Trump attack on "New York values" that may have secured his win with Iowa Republicans at the start of the Republican presidential primary, but it more than likely sealed his fate in the Empire State which voted overwhelming against him on Tuesday. And while he was being berated by his one-time conservative talk radio hype man Sean Hannity on Tuesday, Cruz was also being chewed out by one of his colleagues on the left -- Elizabeth Warren.

The Massachusetts senator slammed Cruz in a Facebook post and on Twitter Tuesday night, reacting to an email sent by Cruz in which he claimed running for president had been a "significant sacrifice," citing attacks from the liberal media, a lack of sleep and no personal time.

"Are you kidding me," Warren said in one tweet. “We’re supposed to pity him because trying to be the leader of the free world is hard?! I’ve got two words for you, Ted: Boo hoo,” she wrote on her Facebook page.

The popular progressive than lit into Cruz, who would be the most conservative Republican nominee in decades, and his disconnected sense of "sacrifice":

Cruz has vehemently fought against mandatory paid family and medical leave—or as he calls it, “free stuff.”

The Tea Party darling opposes any increase in the minimum wage and thinks having a floor for the the minimum any American worker can make is “bad policy."

Alice Stewart, a spokeswoman for the Cruz campaign, said the campaign had no comment.