"Preacher" Larry Wilmore takes Bill O'Reilly to church: "When the f*ck have you ever walked in a poor black neighborhood?" 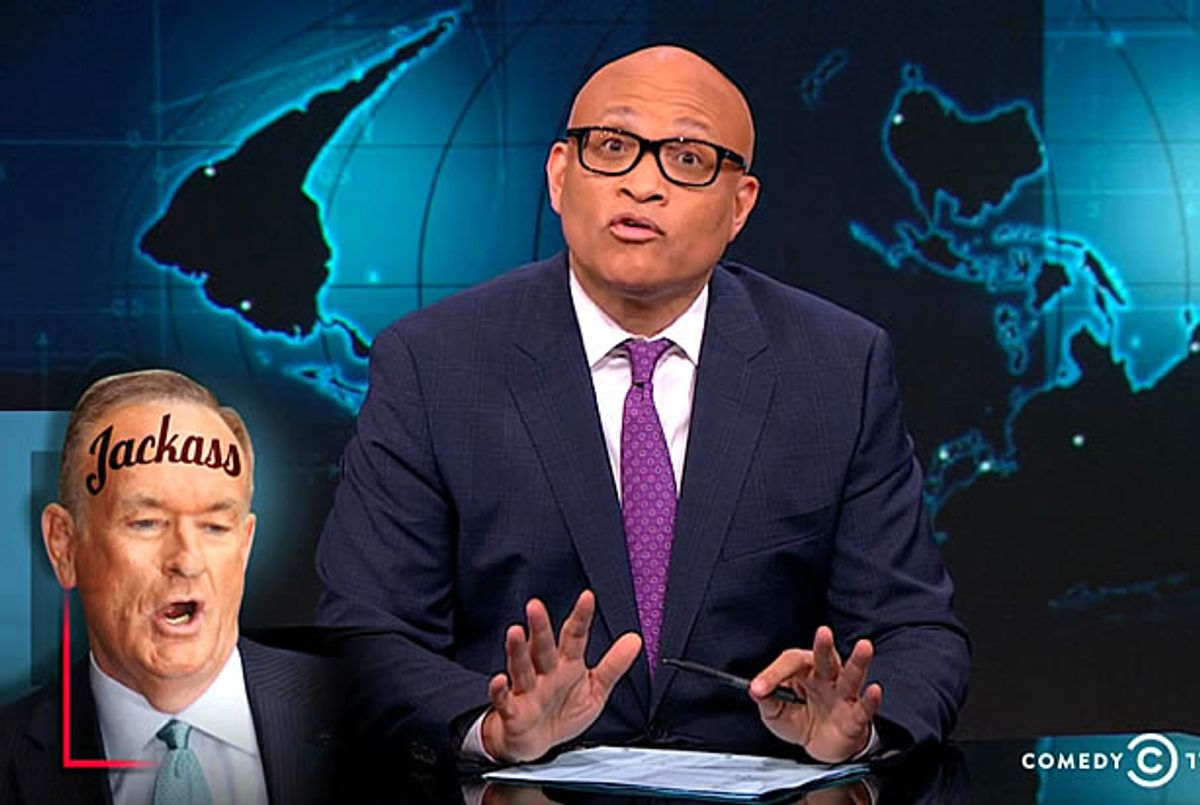 On The Nightly Show Tuesday, Wilmore didn't just attack O'Reilly, he needed an entirely new shtick in order to demonstrate the Fox News host's depravity. He began, as he does, seated. "The worst part is that O’Reilly had the gall to be upset by the backlash from his statements," he said, before complaining that O'Reilly tried to use "fantasy hands" to wave the racism away.

"You can’t use fantasy hands to describe racism!" Wilmore said. "Fantasy hands are best for saying things like 'Ta-Da!'"

"And when," he continued, "when the fuck have you ever walked in a poor black neighborhood? Like I’m supposed to believe you spend your Saturday nights strolling through Compton counting forehead tattoos?"

At this point, Wilmore became so frustrated he had no choice but switch his rhetorical mode entirely. "Talking reasonably isn’t going to do it -- I’m going to have to take you to church."

"The devil has come in Bill O’Reilly’s clothing,” Wilmore proclaimed. “You preach a message about a lack of hard work and motivation, Mr. O’Reilly, but what you fail to see is that black people work twice as hard to gain half as much."

"It’s not tattoos on our foreheads that condemn us -- it is separate but unequal education, and red-line housing, and banks that will not provide us loans, and a criminal justice system designed to keep us in chains."

"Those are the proverbial forehead tattoos that consecrate the mark of the beast for black people in America. Can I get another 'Amen'?" he asked the audience.

Watch the entire clip below via Comedy Central.