Tonight's episode cements the freshman drama's position as one of our most urgent, timely shows 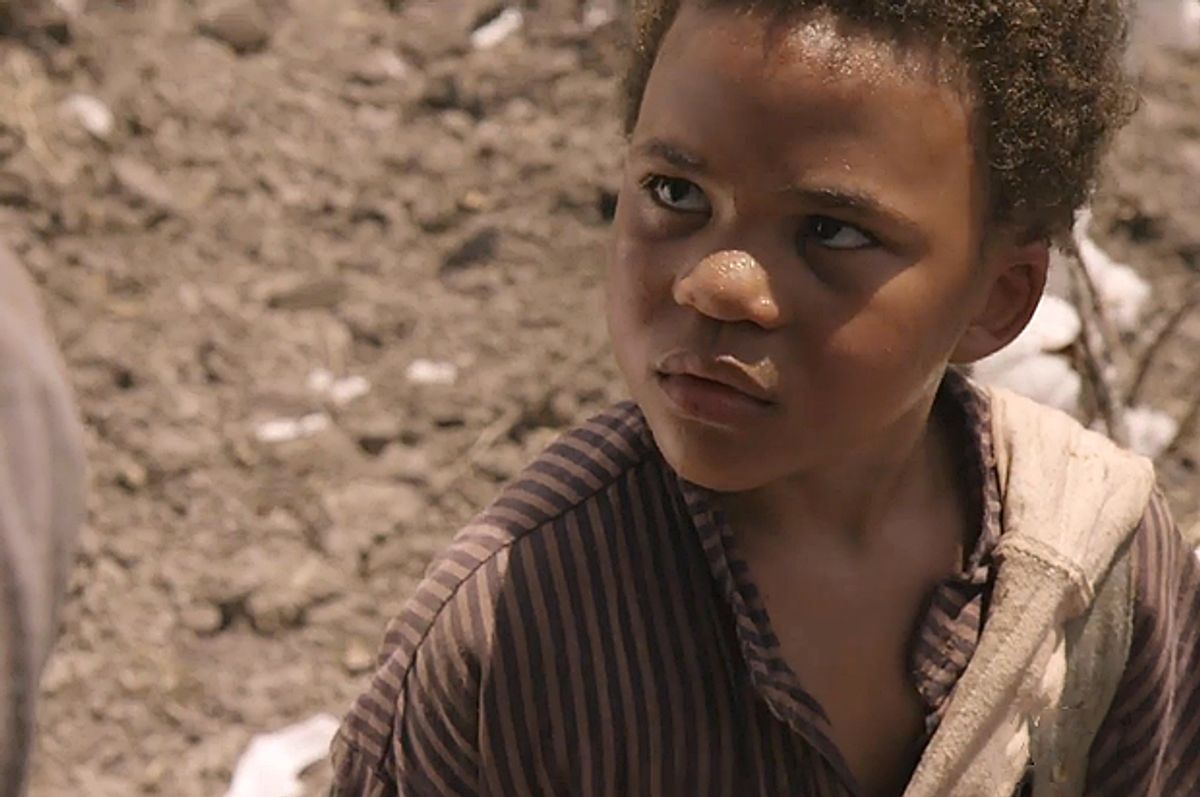 The opening moments of this week’s “Underground” invites viewers to consider, of all things, the Necco Wafer. A tight shot of a confectioner’s hands shows him meticulously preparing the dough, rolling it into thin sheets and cutting those into small hubs. Arranging these discs in neat cylindrical stacks, they’re wrapped in wax paper and packed into a crate headed South, each package destined to play a silent guest-starring role in the drastically different fates of several children.

Candy is a luxury serving to highlight the division between master and servant in the world of “Underground.” The rich whites always seem to have treats handy, and every now and then, if they’re lucky, a few slaves manage to lay their hands on a piece or two.

But the choice to feature the Necco Wafer in this new episode, premiering 10 p.m. Wednesday on WGN America, seems particularly intentional, and not just out of a sense of maintaining historical accuracy. Neccos have been around since 1847, having risen in popularity due to their long shelf life and ability to maintain their integrity through even the most adverse conditions. As such, they became a widely-consumed treat in the 1800s and in the early 20th century.

One only needs to eat a Necco Wafer to understand that their relative trendiness wasn’t due to their flavor. Pretty as those little pastel colored discs look, they taste like chalk. In other words – no offense, Necco fans – they are an empty promise and a lure. An edible deception, if you will.

In this week’s episode, titled “Cradle,” the wafers appear in slave cabins and a doctor’s quarters, in candy dishes laying around the luxurious interior of the slave owner’s mansion, and in the elegant sitting parlor of an abolitionist couple. They are given as a gift and a comfort, taken away to prepare a child for hardship, or rejected as would-be peace offerings.

Until “Cradle,” most of the kids in “Underground” barely had a line or two, largely relegated to the periphery of the action – the exceptions being Ben Pullman (Brady Permenter), who has reluctantly joined his slave-catcher father August to learn the family trade, and Henry (Renwick Scott), the second youngest member of the runaways.

In depicting the action from the viewpoints of Ben, Henry, and the other children, executive producers Misha Green and Joe Pokaski give the drama’s youngest actors the opportunity to fully showcase their talents while lending additional poignancy to a story fueled by the desperation of the runaways and the family they left behind.

When you think about it, sweets and children have played important roles in “Underground” since the show’s beginning. The former is a tool used to reward, placate and manipulate, while the children inspire the adults responsible for them to risk their lives to escape bondage, or twist their moral cores for the sake of financial survival.

This is true of both the white and African American families featured in the drama. The slave community’s minister and his wife may not have run if not for the opportunity to win freedom for their tiny daughter Boo (Darielle Stewart).

Without molasses candy, head house slave Ernestine (Amirah Vann) couldn’t have bought the compliance and silence of T.R. (Toby Nichols), the young son of slave master Tom Macon (Reed Diamond). T.R. covered for Ernestine’s daughter Rosalee (Jurnee Smollett-Bell) after she stole an important piece of property from the master’s office, for the price of a pocket full of sugar.

And it was the vision of T.R.’s best friend James (Maceo Smedley) sitting in a cage by the ceiling, listlessly fanning the Southern belles attending a party below him, that lit the fire in a hesitant Elizabeth Hawkes (Jessica De Gouw) to aid the abolitionists running the Underground Railroad. Elizabeth, wife to Tom Macon’s brother John Hawkes (Marc Blucas) witnessed this mundane horror while doing her best to act as if she were enjoying a slice of cake.

Ben, meanwhile, harbors no illusions about his father’s work, and in fact, wonders if August (Christopher Meloni) is a bad person for hunting other people, especially considering that August’s most trusted ally is an African-American man named Jay (Clarke Peters), who is more of a parent to Ben than his largely absent parents.

Director Kate Woods tells each of their stories using plenty of close-ups of the young actors and employing angles that show this world through each child’s point of view, beginning with scenes of James enduring the back-breaking labor of picking for the first time. Filling his bag with cotton bolls bigger than his bleeding hands until the sun sets, James is barely as tall as the plants he’s harvesting, and it’s painful to watch their barbs tear at his flesh.

In different locales, Boo and Ben are each processing significant trauma – Boo’s perhaps being the more extreme, as the little girl is now alone and being hunted after witnessing a variety of horrors. But their two stories share a commonality as well, in that each learns what dark compromises must be made to ensure survival in this world.

Elsewhere, T.R. doesn’t quite understand why he can’t play with his best friend James anymore, and doesn’t fully have a handle on James’s terrible fate.

Woods and the executive producers highlighting the emotional disconnect between T.R. and James with different versions of “Summertime,” sung by a children’s choir, as a soundtrack running underneath each of their scenes. James’s version is the more forbidding of the two, and for those familiar with the show’s various subplots, the lyric “your daddy's rich, and your ma is good-lookin'” takes on a terrible subtext.

Scenes like these definitively demonstrate how “Underground” transcends its period setting to sharply resonate with a present day audience. It’s hard to look at James without recognizing parallels to today’s impoverished children, be they American or immigrants — frequently discussed in the abstract during this political season, but not receiving much in the way of tangible empathy.

It is human habit for people who occupy a comfortable status in society to justify unkindness by focusing on what makes the downtrodden, or the foreign, unlike “the rest of us.” But great television makes us see the best and worst of ourselves cloaked in stories that, on the surface, may seem to having nothing to do with our present lives. “Cradle” does this by training its focus on the innocents caught in the net of the slave trade, showing the ways in which both daughters of slaves and sons of slave owners are compromised by widespread injustice.

It brilliantly shows the high price everyone pays to enjoy the sweet luxuries afforded by slavery, a tariff that includes heartbreak, trauma and violence. Indeed, it is a devastating hour of viewing, and one not to be missed.