A recent NYT piece argues that Clintonism will dominate Democratic politics going forward. It won't, and here's why 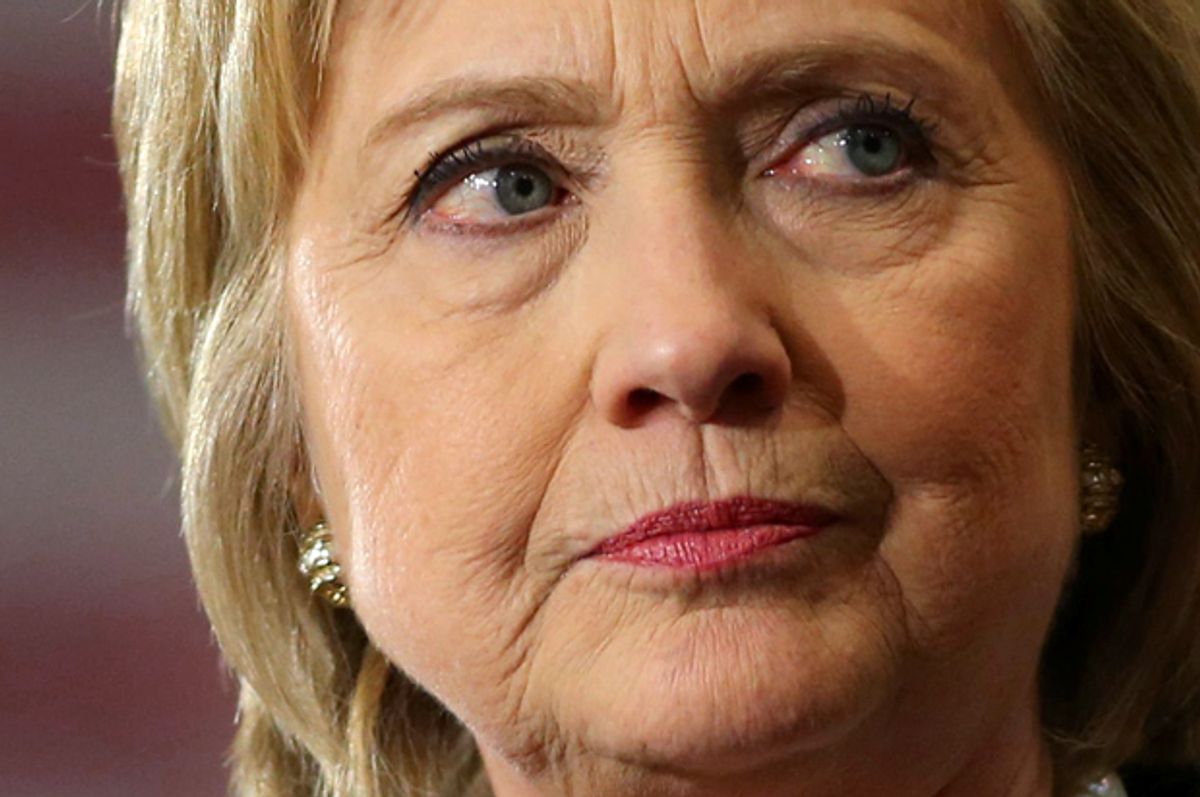 In a recent New York Times essay, Michael Lind makes some observations about the future of American politics that will no doubt leave many readers feeling depressed and uneasy. Specifically, Lind posits that Trumpism represents the future of the Republican party and Clintonism the future of the Democratic party.

For establishment Republicans who have watched the rise of Donald Trump with horror and for progressives who have cheered the Bernie Sanders campaign as a left-wing revival, both of these predictions are disquieting. If Trump’s right-wing populism — a mixture of white identity politics, chauvinism, and xenophobia — is indeed the future of the Republican party, then the GOP is truly in terminal decline, as many commentators have become accustomed to proclaiming. On the other hand, if New Democrat Clintonism is the future of the Democratic party, rather than the left-wing resurgence represented by Sanders and other progressives like Senator Elizabeth Warren, then left-wingers may not be willing to stick around the Democratic Party for much longer.

Lind’s argument rests on the proposition that the partisan realignment that followed the Civil Rights era — when the GOP embraced white resentment and social conservatism with the Southern Strategy and the Democratic Party embraced inclusiveness and social liberalism — is “all but complete,” and today, we are simply witnessing a policy realignment, or “the adjustment of what each party stands for to its existing voter base.”

The premise is basically accurate. There is unlikely to be any major partisan realignment in the coming years, and the shift that has benefited the GOP for many decades may soon be its undoing. Trump has tapped into the rage of a white underclass whose material interests have been regularly undermined by the party that it has supported for the sake of cultural accord. In the 1970s and 1980s, the Republican Party chose to capitalize on the cultural backlash against the liberation movements of the '60s (e.g. Civil Rights, feminism, LGBT, anti-Vietnam), and a large chunk of the electorate that had made up the New Deal coalition — i.e. the white working class, particularly in the South — became the Republican Party’s core base. Today, many of these voters are rejecting the party establishment, which has long served the economic interests of the wealthy while providing lip service to its constituents, and Trump has provided an outlet.

So Lind’s conclusion that Trumpism is the future of the Republican party may very well be correct, and it is ultimately the GOP establishment's fault for exploiting and enabling cultural resentments. The fact that America is becoming increasingly liberal on social issues does not bode well for this brand of Republicanism in the future — which is why the establishment is so horrified of Trump.

On the other hand, Lind's other premise — that the corporate-friendly politics of Clinton will triumph over Sanders' economic progressivism — bears closer scrutiny.

“Many Democrats hope that the long-term growth of the Obama coalition, caused chiefly by the growth of the Latino share of the electorate, will create an all but inevitable Democratic majority in the executive branch and perhaps eventually in the government as a whole,” writes Lind. “The Clintonian synthesis of pro-business, finance-friendly economics with social and racial liberalism no longer needs to be diluted, as it was in the 1990s, by opportunistic appeals to working-class white voters.

"The centrality of identity politics, rather than progressive economics, to the contemporary Democratic Party is nothing new," he continues. "The pro-Sanders left objects to the solicitude of the Democratic Party for Wall Street and Silicon Valley, the sources of much of its funding. But it is safe to assume that most progressives, when confronted with conservative candidates, will prefer incremental, finance-friendly Clintonism over the right-wing alternative.”

There is something strikingly absent from Lind’s analysis, and it is quite detrimental to his argument about the Democrats: The economy. Reading his piece, one who didn’t know any better might just assume that America’s economic situation has hardly changed over the past several decades. Of course, it has changed tremendously. When the major party realignments began in the 1970s, economic inequality was near all-time lows; today, it has returned to historic pre-Depression levels.

In the early '70s, the top one percent of income earners took in about 8.9 percent of the nations income; by 2013, that number had nearly tripled to 21.2 percent. This skyrocketing inequality is largely a result of stagnating wages for the majority of Americans and ballooning compensation for executives. During the Keynesian era (1930s-1975), wages generally increased proportionately with productivity, but since the early '70s, compensation has remained flat, even as productivity continued to steadily increase.

Even more staggering than America’s income inequality is its wealth inequality. Today, the top one percent owns more of the nation's wealth than the bottom 90 percent. (The bottom 40 percent, meanwhile, owns virtually nothing.) People of color are impacted the most by this inequality. As of 2015, for example, the richest 400 people in America (who are mostly white men) are worth more than all 16 million black households combined  (and 15 million latino households combined); harrowing but unsurprising statistics. Moreover, the average white family holds about 7 times the wealth of the average black family — a disparity that has actually increased over the past two decades.

Lind concludes his analysis with the following:

“It would be a serious mistake to assume that the growing sympathy of many of today’s millennials for the concept of democratic socialism as embodied by Mr. Sanders will translate into a social democratic America in the 2030s or 2050s. Half a century ago, as the Age of Aquarius gave way to the Age of Reagan, many of the hippies of the ’60s became, in effect, the yuppies of the ’80s — still socially liberal, but with new concerns about government spending, now that they were paying taxes and mortgages.”

Once again, Lind seemingly ignores the economic realities of today. In doing so, he ignores the very reasons why economic progressivism has made a assertive comeback. While it would indeed be a mistake to assume that every last millennial who supports Sanders today will remain a committed social democrat for the rest of his or her life, it is also a mistake to ignore the fact that many young people today will be less economically well off than their parents (for the first time in many generations), or that the latest class to graduate from college is also the most indebted in history.

As for hippies becoming yuppies (which is somewhat of a myth, to begin with): The hippy movement was a social movement, largely unconcerned with economic justice, and it should also be recalled that this was a time when economic inequality was at all time lows, and social liberation was a much more pressing matter.

The neoliberal status quo that Clintonism represents has made the United States one of the most unequal nations in the world, leaving millions of children in deep poverty and transforming America into the “worlds largest jailer” (because in many parts of America, poverty is virtually a crime). Economic inequality is not going away, especially if economic centrists like Clinton continue capitulating to Republican extremism and special interests. The Democratic party’s diverse base signals a bright future — but to expect this base, made up largely of people of color who are disproportionately effected by economic inequality, to continue to accept corporate-friendly centrism, seems arrogant and politically imprudent.