NY's primary should've been a slam dunk for the left-leaning news network—instead, we get Ayn Rand shout-outs? 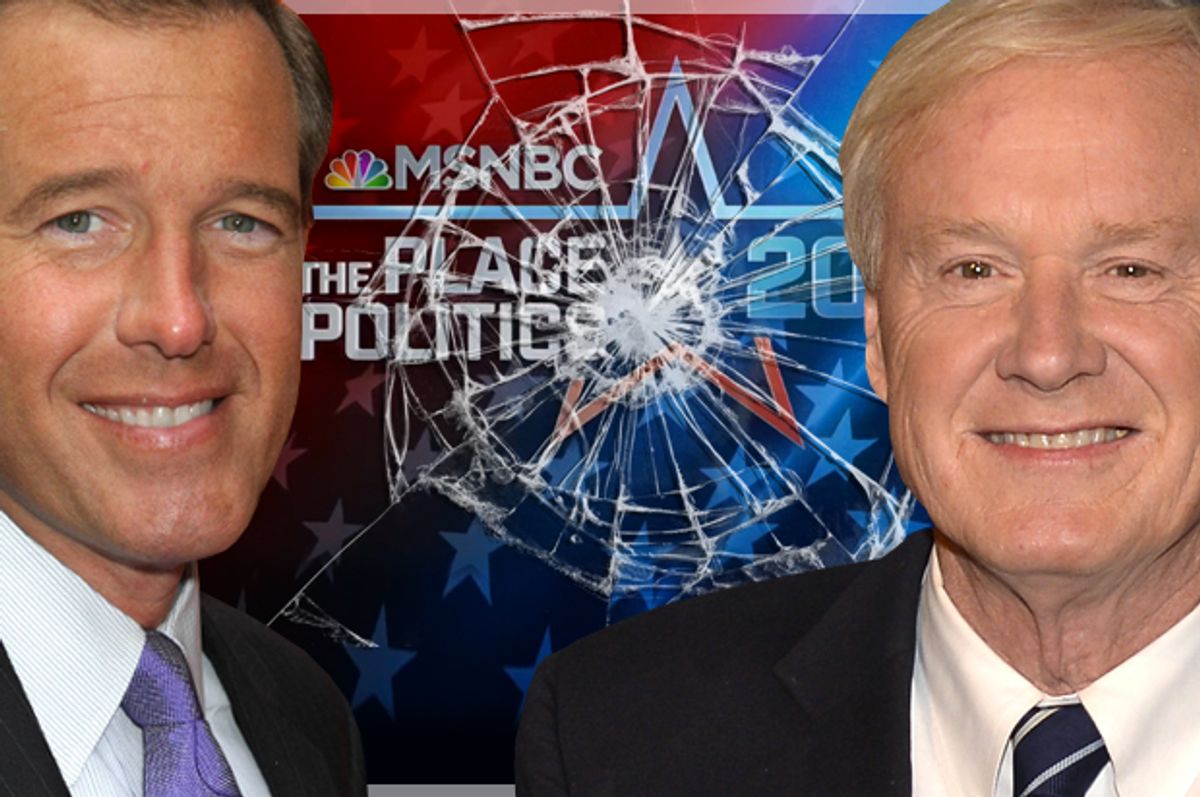 Tuesday’s New York primaries were the first important election in the Empire State in a long while, and they may’ve had the effect of settling each major party around a frontrunner. New York City is, arguably, the media and cultural capital of the United States. So Tuesday night’s television coverage of the election should have been gripping, serious, entertaining, and smart. It should have deepened the way viewers understand a bewildering race that finally seems to be coming into focus.

On MSNBC, though – a network that liberal viewers have been increasingly disappointed by even as American liberalism has gotten more confident – the post-election coverage was not terribly inspiring.

The first stretch of evening coverage featured Chris Matthews sitting at the foot of the Brooklyn Bridge, moderating a discussion between hands for Hillary Clinton and Bernie Sanders. This involved a lot of shouting and not a lot of insight. Matthews then brought veteran (and currently, controversial) journalist Gay Talese on the show, called him a “hero,” and asked him a question he couldn’t answer. (Talese wondered aloud why he’ been brought on the show at all.) When Talese started to make a point about Americans and the election, Matthews cut him off.

Matthews can be a blowhard, but he’s enthusiastic and friendly. Sometimes, I find his brashness engaging. Last night, he repeated himself – talking about New Yorkers' pride in the city – and made a strangely obvious point about the way Sanders was running as the lone honest man in politics in a new campaign ad. “Why on God’s earth,” Matthews asked, “did Senator Sanders paint all of Washington with that brush? I think what he’s doing here is attacking all other politicians with the broad brush of corruption while crowning himself as the one honest person in national politics.” Matthews has been around long enough to have seen the running-against-Washington move before. Was he really so shocked by seeing it from an insurgent candidate?

And Matthews referred (uncritically) to libertarian Ayn Rand’s love of skyscrapers, a strange reference for someone who calls himself a liberal.

Rachel Maddow was not bad in her combination of self-deprecating and analytical, and Steve Kornacki crisply and effectively juggled polling numbers to describes the Democrats’ and Republicans’ ideological drift.

Besides the networks awful graphics (its enormous “BREAKING NEWS” reports on things that often are neither breaking nor news), the worst thing about MSNBC these days is its continued use of Brian Williams. His lies and misleading statements about the Iraq War are bad enough. But besides his perfect newscaster looks, he brings almost nothing to the table. Last night he speculated that the GOP convention would be “unusual” (really going out on a limb), called Donald Trump “a coiner of phrases,” made a weak joke when the connection to Trump’s victory speech broke,and generally did very little to justify his presence at the head of the table.

MSNBC’s willing to forgive Williams for his falsehoods its troubling. But it’s not as bad as employing someone who increasingly seems like an empty suit. His delivery may seem polished or authoritative to his enablers at the network, but his manner is more smug and oddly formal than anything. Just about anyone else on the show could do the job better than he does, and without trailing all the baggage he does.

So last night was a mixed experience at best. For a liberal network covering a dramatic Democratic race in a famously liberal state and a New York Republican running in his own back yard, it should have been a time to shine.